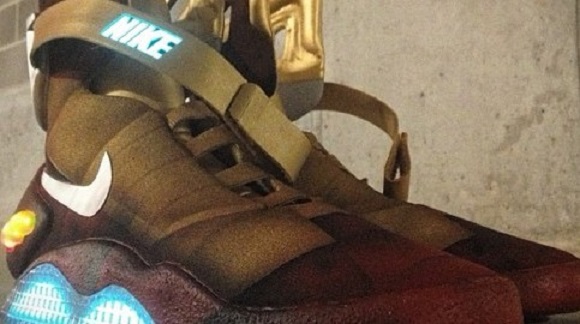 Using the Nike Air Mag – one of the most unique and sought-after shoes in the history of shoes – for a canvas (again… see: Nike Air Mag “Flux Capacitor” Custom), Mache takes the shoe in a direction that’s totally unexpected. Still, it makes sense, in a weird way; both the “Back To The Future” series and the “Iron Man” comics revolve around characters using technology as a means to do good and fix the problems in their lives. But enough about comics and movies; let’s get to the shoes!

Going with a maroon and gold upper, the Iron Man Nike Air Mag, the “Iron Mag”, features metal accents on the rear bumper and Swoosh, while gold accents come in the form of the collar, additional side-paneling (added to give the shoe an appearance more in line with Iron Man’s suit), and the strap. The lights on the heel, midsole, and strap are still fully-functional (still no automatic lacing… 2015, maybe?).

What do you think about this custom job, made for a private order? Marvel-lous, or Iron Man’s chauffeur’s first name, with the letter “H” replaced by “Cr”? Let us know in the comments below, and check out a couple pics of this awe-inspiring creation after the jump! 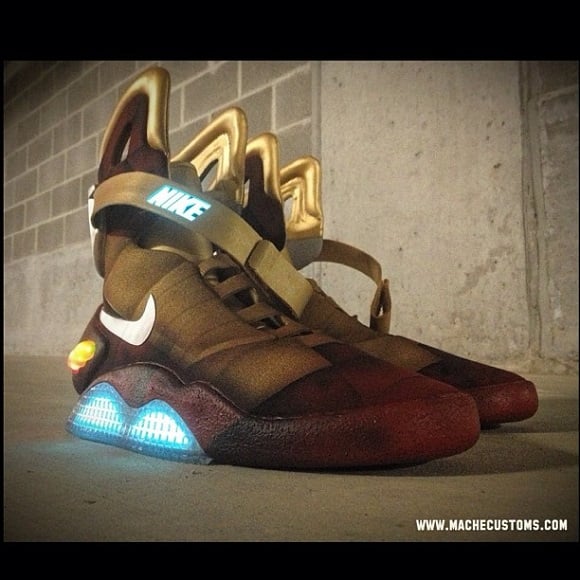 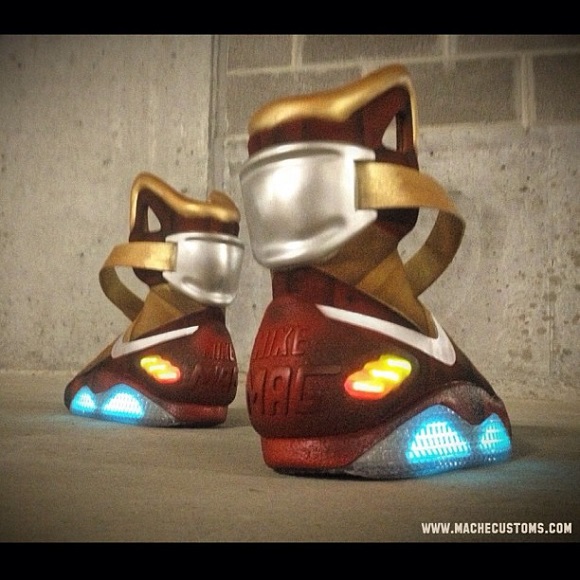