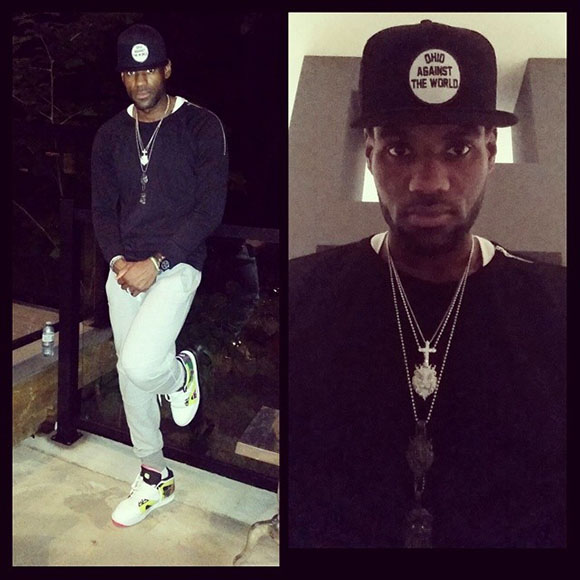 LeBron James recently took to Instagram and shared an image that is being passed around the internet. In the picture LBJ is wearing the Nike Air Tech Challenge Hybrid ‘Hot Lava’, but this isn’t the reason it went viral.

James has been on a serious (and what some might say unhealthy) diet, cutting out carbs. It has been reported that LeBron has lost 10 pounds, although it looks like more.

For the Nike Air Tech Challenge Hybrid, which originally released some years back will make a return this Friday, August 8th for $130. Will you be picking up the shoes? What do you think of a slimmer LeBron James?