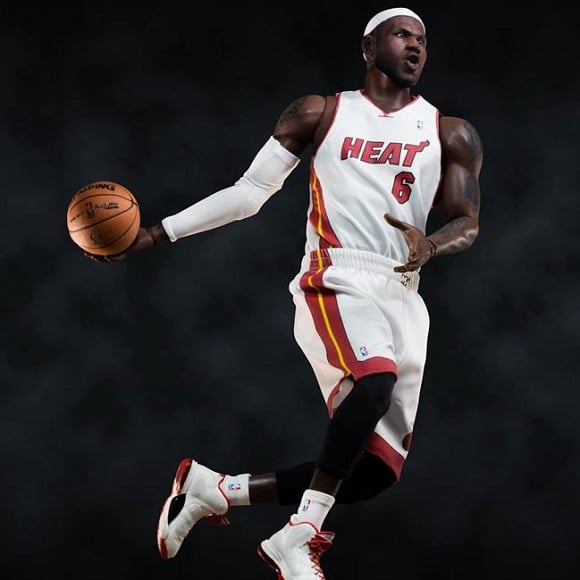 You know you’ve made it when Enterbay makes a figurine in your likeness.

After leading his Miami Heat to a 2nd NBA Championship (and winning his 2nd NBA Finals MVP Award in the process), LeBron James can finally say “I have my own Enterbay figurine!”. While not as powerful as “I’m going to Disneyland!”, it’s still pretty cool. The life-like model, created by Chinese figurine manufacturer Enterbay, is more a piece of art than a toy, capturing James’ features to a T (even his tattoos!). The figurine comes with 2 different heads; Miami Heat “Home” uniform (jersey, shorts and, yes, socks); 5 pairs of hands, with 2 sets featuring magnets, to hold the included 1/6 scale Spalding basketball; LBJ’s signature white headband; white elbow pad and black compression shorts. The set also comes with a pair of LeBron James’ sneakers, which appear to be a pair of Nike LeBron IX’s, although they seemed to create their own colorway (a sort of “Home”, all-white PE, with red and black accents), which seems odd, considering how much effort they put into nailing every detail. It is especially odd when considering the “Michael Jordan” Enterbay figurines (like this one), which all came with accurate renditions of his signature sneakers.

Hit the jump for a detailed look at this figurine, which is available now for pre-order at Enterbay.com, for the low price of $204, and let us know in the comments below, would you pay that much for a figurine (also known by girlfriends everywhere as “a toy”)? 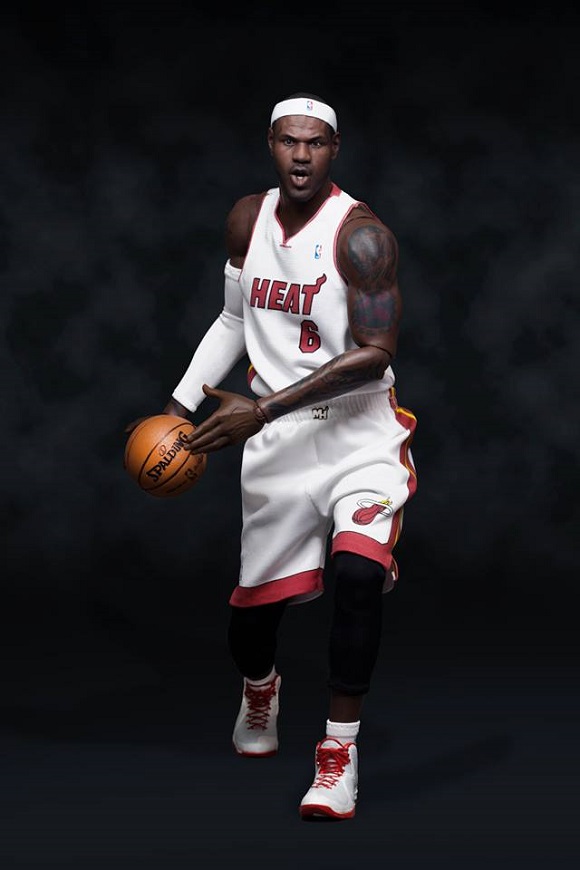 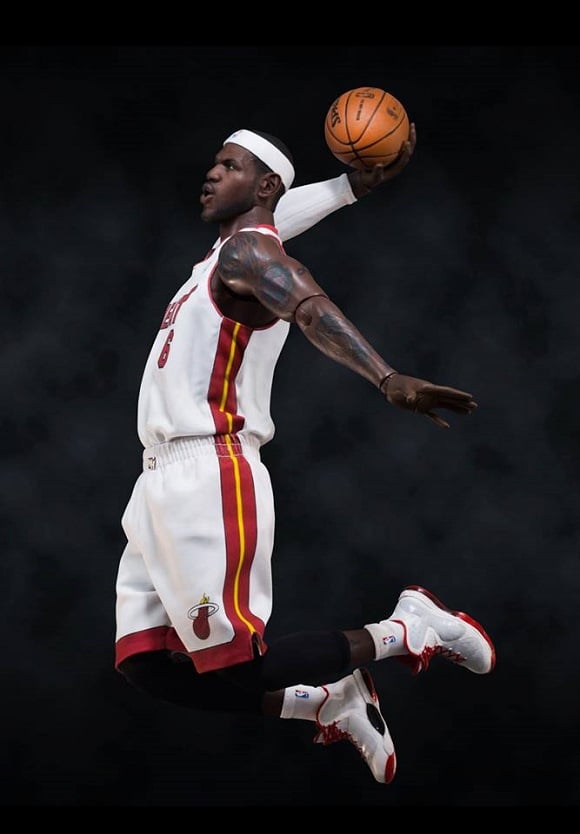 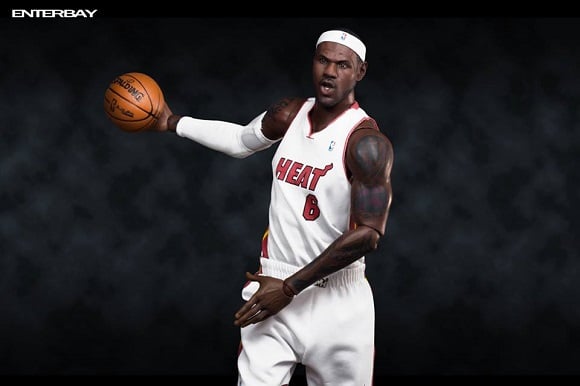 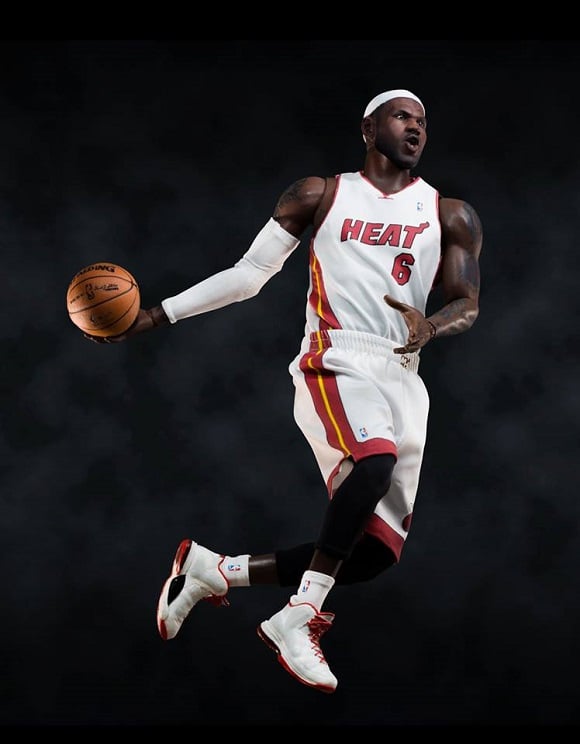 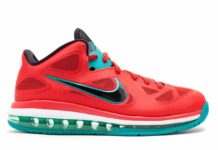 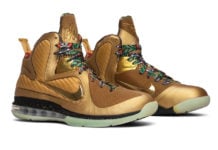