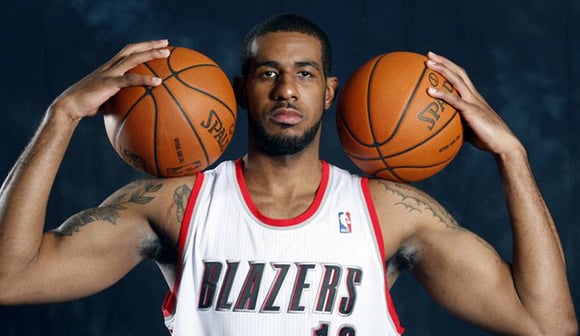 Being reported by sources is that Portland Trailblazers center LaMarcus Aldridge has signed to Jordan Brand.

If you have watched Aldridge play, you have seen him lace up various pairs of Nike’s and was apart of the team. According to Casey Holdahl, digital reporter for the Portland Trailblazers went to Twitter to confirm. Straight from his tweet:

I can now report that LaMarcus @aldridge_12 has signed with Jordan. Was previously with Nike.

He goes on to say that Aldridge will probably wear the Air Jordan XX9 this season:

Rumor has it that Peak was in the running to sign Aldridge, but was beat out by Jordan Brand.

We should see Aldridge start to lace up his JB PE’s soon.