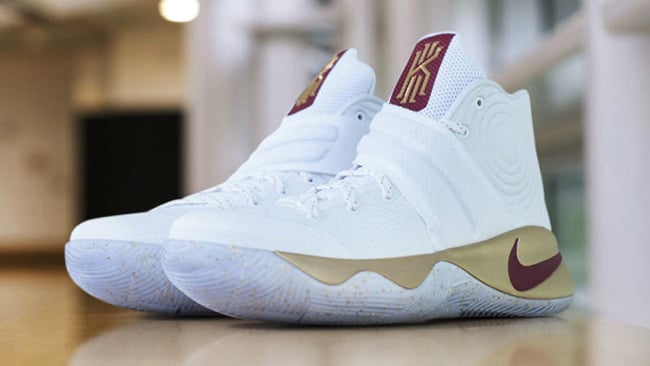 As Kyrie Irving and the Cleveland Cavaliers are putting on a show in Game 3 of the NBA finals, Nike Basketball has laced the point guard up with another exclusive pair of his signature shoe. If you’re watching the game, you would have seen Irving wearing the Nike Kyrie 2 White Gold Wine Finals PE.

Game 3 is a must win for the Cavs and at the time of writing, they are up by 20 points so it appears that this game is sealed, however stranger things have happened. Taking a closer look at this Nike Kyrie 2, they feature White through the uppers, with Metallic Gold through the midsole and speckled through the translucent outsole. Finishing the look is Wine Red on the Swoosh and tongue.

Below are additional photos of the Kyrie Irving Nike Kyrie 2 White Gold Wine Finals PE. No information if Nike Basketball will release them, but if they do we will let you know. 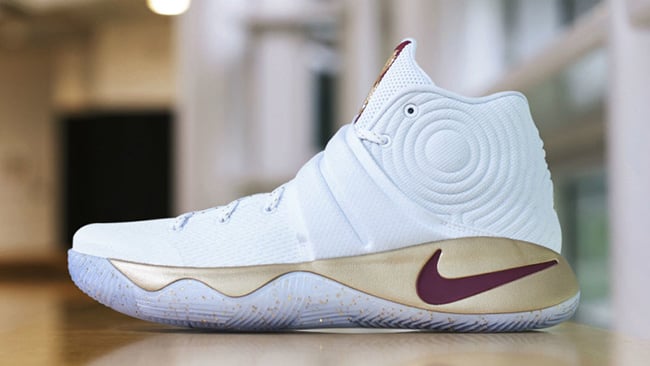 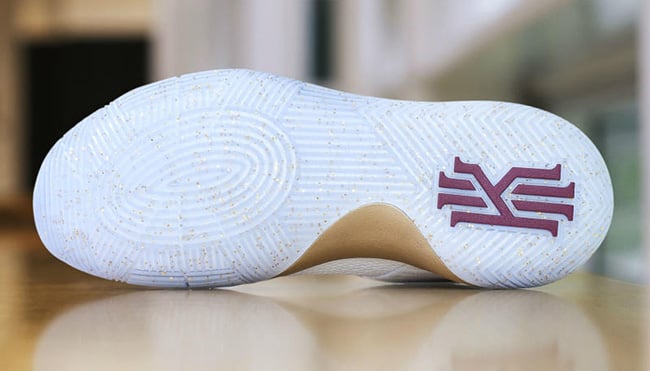