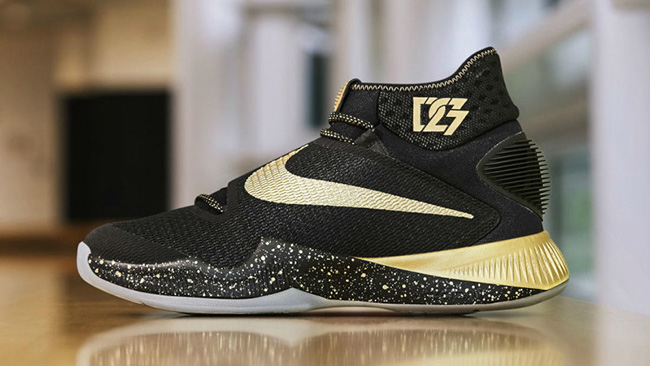 Nike Basketball has also blessed Draymond Green with another PE for Game 3 of the NBA Finals. As the Warriors are down big in the 4th, it appears that the Warriors will loose Game 3. However Green will do so in style while wearing the Draymond Green Nike Hyperrev 2016 Black Gold Finals PE.

This Nike Hyperrev 2016 is an exclusive for Draymond Green as it will use his logo of DG23 by the collar. In addition, the shoes are dressed in predominate Black while Metallic Gold really brings them to life. Gold is seen around the heel, Green’s logo, Swoosh and speckled through the midsole. Finishing his PE off is a translucent outsole.

Keep scrolling below to check out more photos of Draymond Green’s Nike Hyperrev 2016 Finals PE. If you’re watching the game, you will see him rocking them on court. No release information at the time of writing, but it’s possible that Nike Basketball does release them in the future. 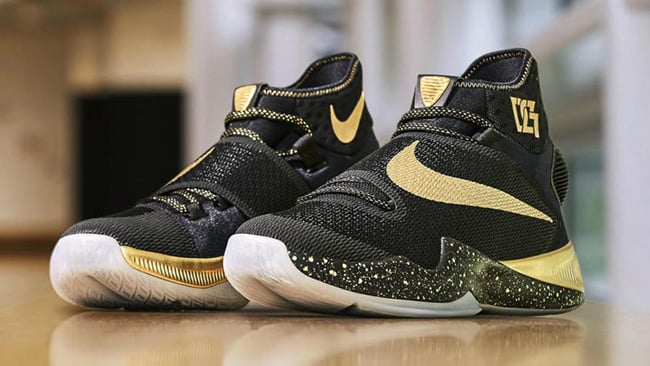 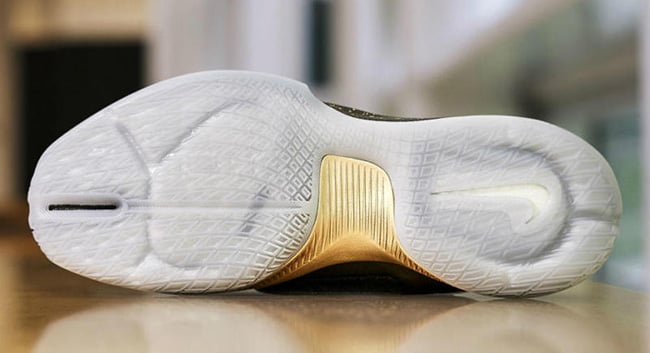