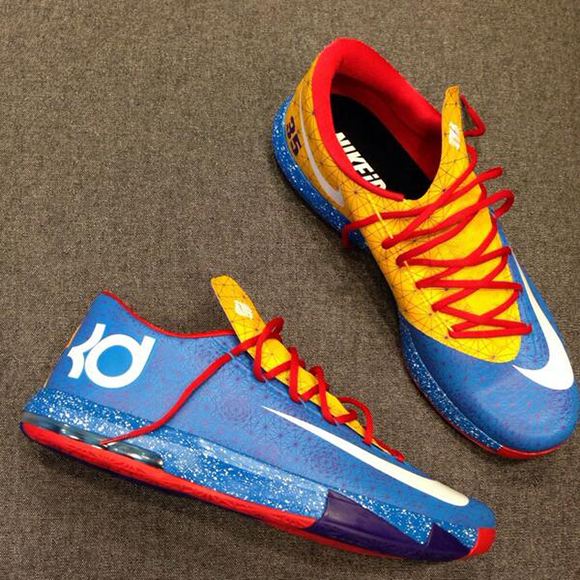 With Kobe being the only Nike superstar to receive the Year Of The Horse treatment on his Kobe 8 model, Kevin Durant took to Nike iD to create an ill pair for tonight’s victory over the Brooklyn Nets. Putting up 26 and a W for his team, KD also wore his YOTH iD’s while in the Barclay’s Center. A mild blue takes place on the majority of the kicks while yellow takes the tongue and inside panel wrapping around and meeting at the heel. The same blue resides on the midsole which is speckled with white on top of the red and dark blue outsole. The white Nike Swoosh and KD’s navy number “35” add a contrast to the winding, connecting, orbital-looking pattern throughout the upper. Red laces match the inner lining on another killer iD by the creator himself.

Would you cop the “YOTH” KD VI if it were to be retailed? Let us know in the comments section below and stick with Sneakerfiles for celebrity sneakers and much more!