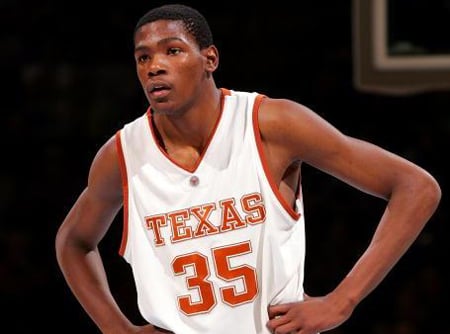 Greg Oden had signed a deal with Nike less than a month ago, now another big name out of the 2007 NBA Draft Kevin Durant is expect to sign a deal with Nike. The contract has been drawn up, but Kevin Durant has yet to sign it. For now, we know Adidas offered Kevin a big deal, larger than what Nike is offering him but Durant said he feels more comfortable with Nike. Kevin is said to wear Nike’s every day, but his mother and agent Aaron Goodwin are fans of the Adidas offer. Via CNBC.