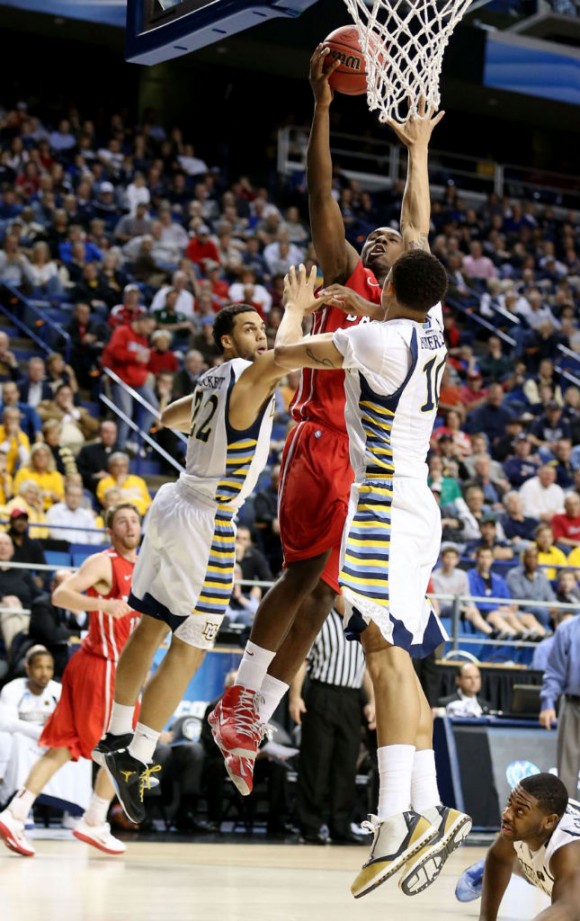 Yesterday, we shared some images with you of Miami Hurracane Big Man Julian Gamble hooping it up against Illinois in the SoleFly x Air Jordan Spiz’ike. Today, we have yet another collegiate athlete that has been spotted rocking some heat on the hardwood.

Marquette forward Juan Anderson laced up the “Ginger” Air Jordan XVI in the team’s tournament-opening win over Davidson. I’m sure sneakerheads who watched the game walked away wishing that the AJXVI wouldn’t have been scrapped from last years release schedule.

What makes this post even more interesting is the fact that Marquette’s next opponent in the NCAA Tournament will be the Hurricanes this Thursday in DC.

While both teams are geared up to compete for a spot in the Elite 8, sneakerheads will most assuredly be paying close attention to the on court sneaker battle that will ensue between these two squads.

Check out the pics of Anderson in action and be sure to tune in to SneakerFiles for more NCAA Tournament heat. 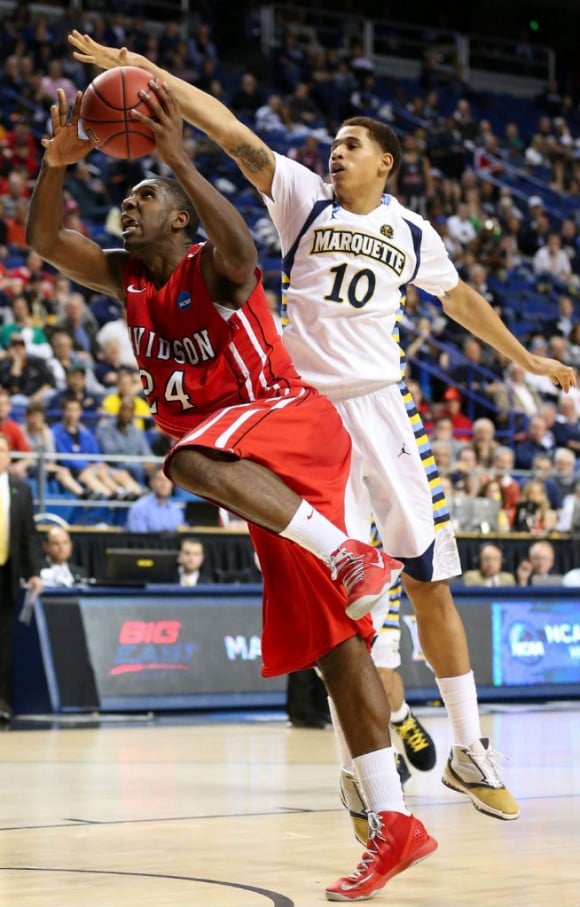 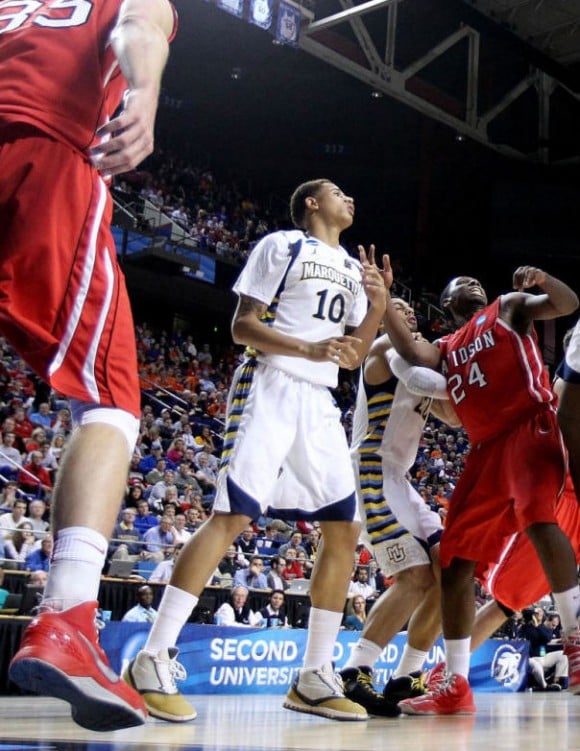