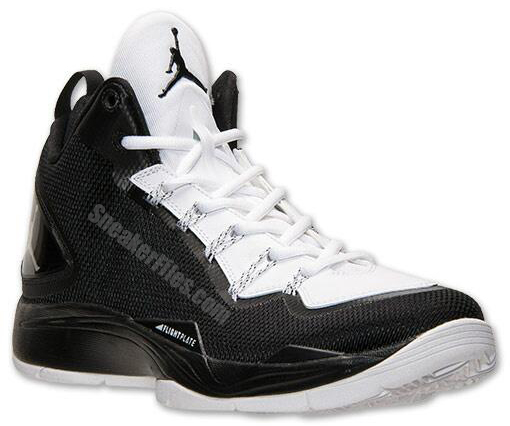 Following up on the first colorway shown of the Jordan Super.Fly 2 PO, we have the Black/White-White pair dropping next month.

Although both models are on the simple side, the Black White pair takes the cake but on the other hand is easy to match.

Running down this pair of Jordan Super.Fly 2 PO, which features predominate black uppers with white placed on the tongue, laces, lace loops and sole.