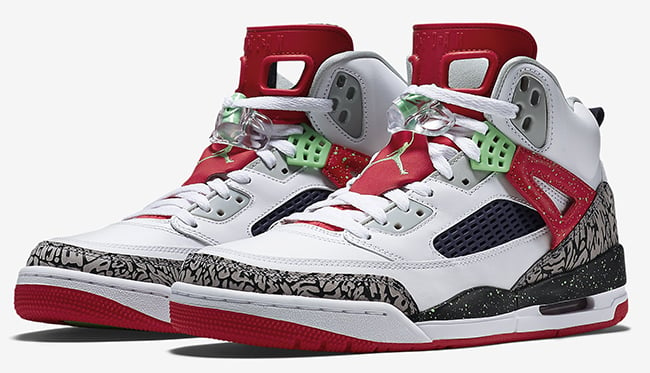 Breaking down the new Jordan Spizike, they use a white upper, black midsole and elephant around the heel and toe box. University red lands on the straps, down the tongue and outsole. Finally we have poison green on the eyelets and speckled across the midsole and strap.

The Jordan Spizike in white and light poison green will release on June 24th, 2015 and retail is set at $175. This will be a general release and you won’t have any trouble grabbing a size or even two.

To be honest, the Jordan Spizike ‘Poison Green’ will be a very easy purchase for you. You won’t have to wake up early, don’t worry about winning a raffle or lining up. As a general release, all stores with a Jordan Brand account will get plenty of sizes including online stores. 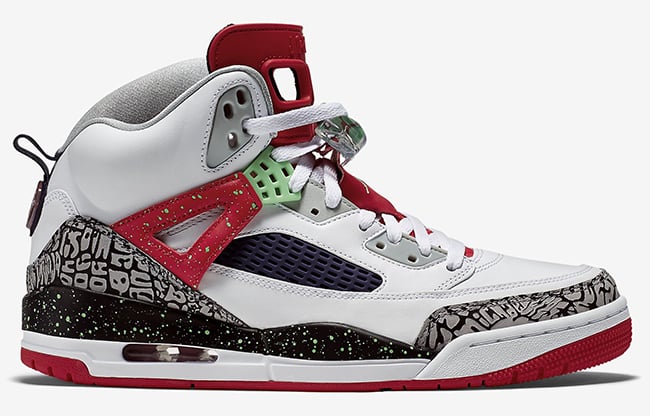 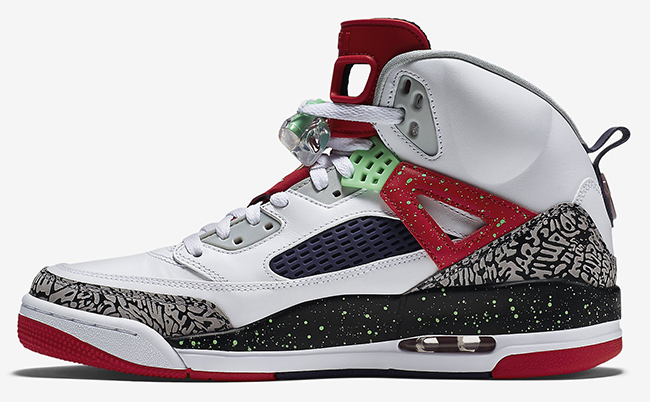 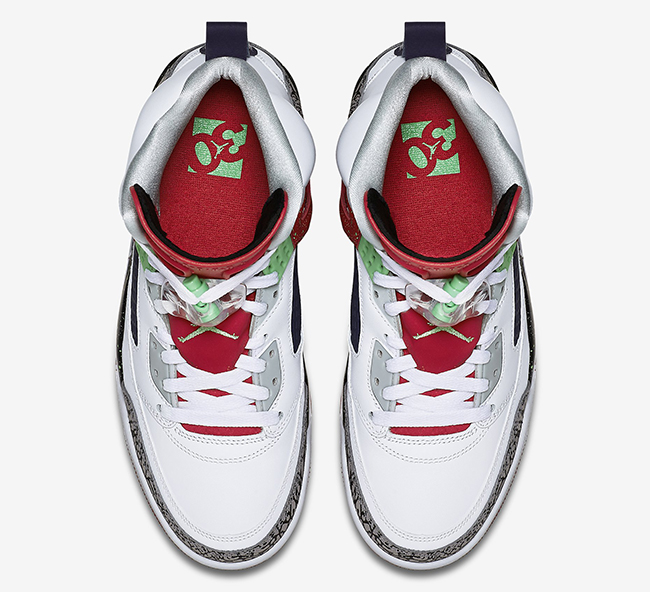 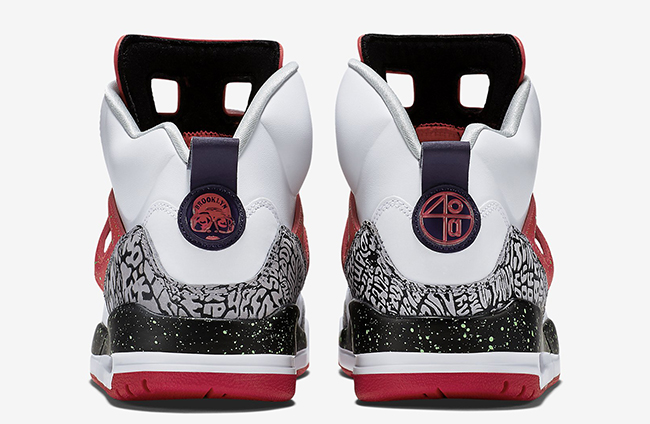 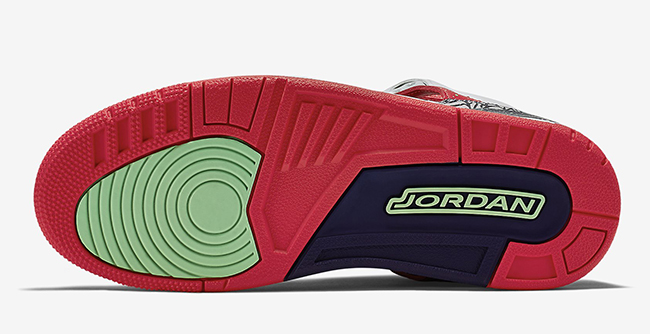 Note: On feet images of the Jordan Spizike in white and poison green are a kids size. 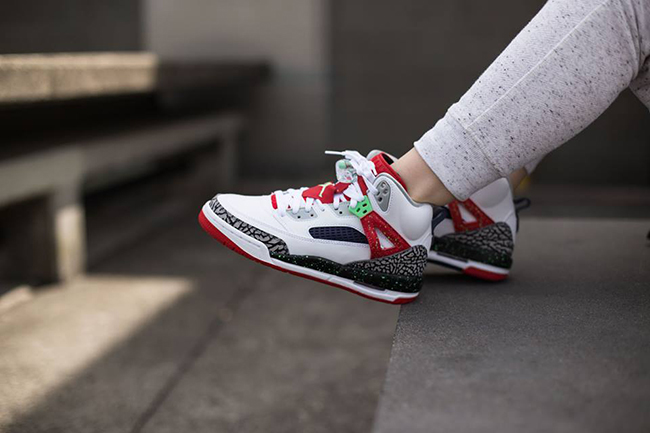 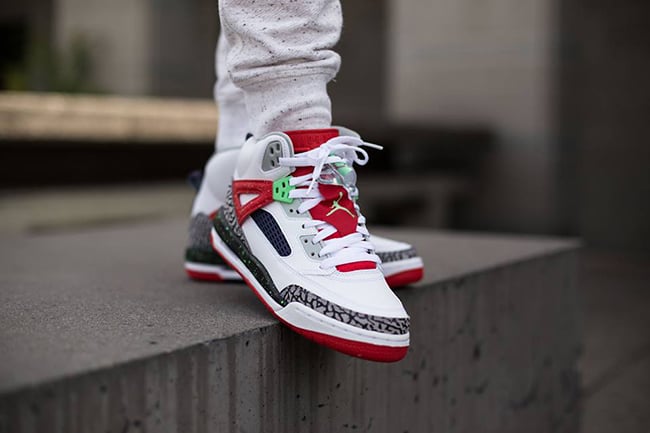 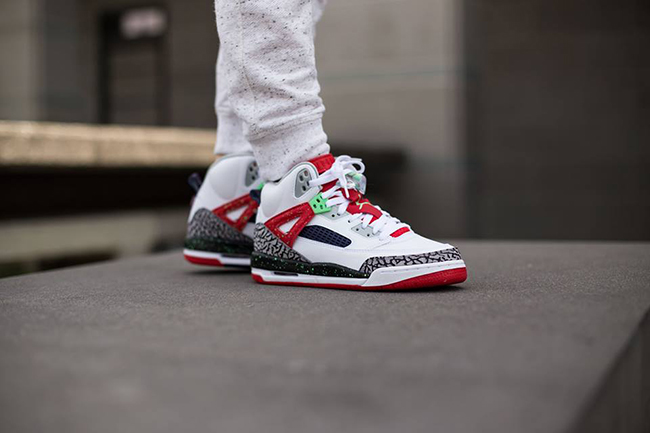 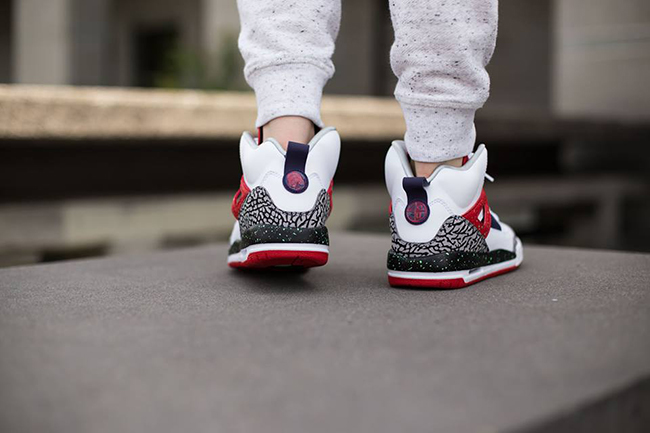 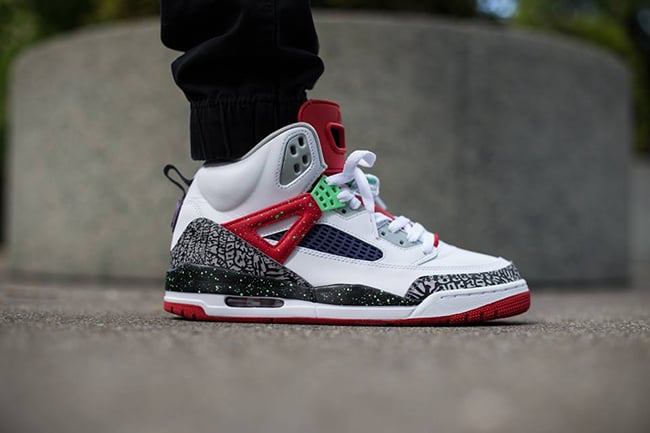 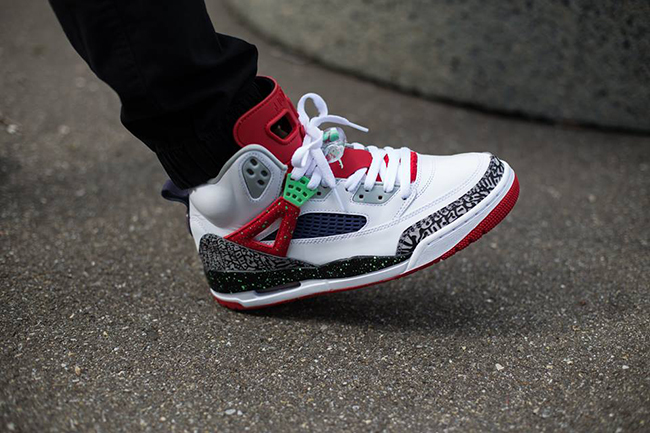 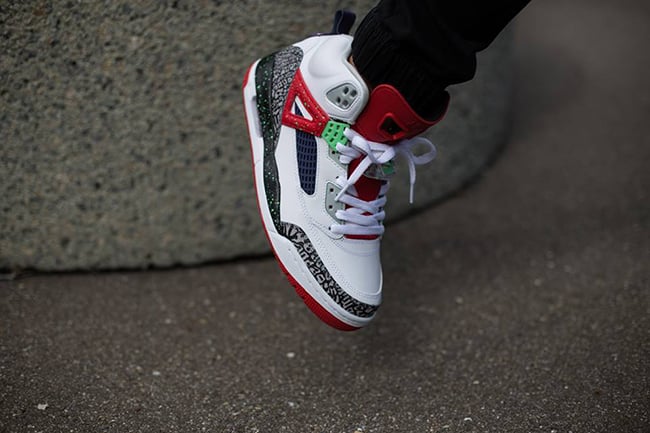 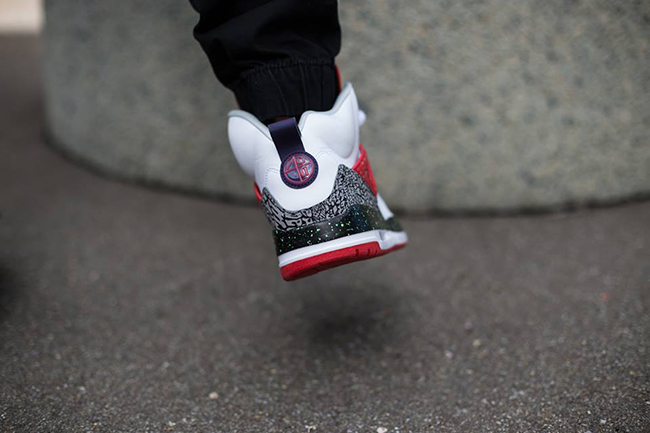