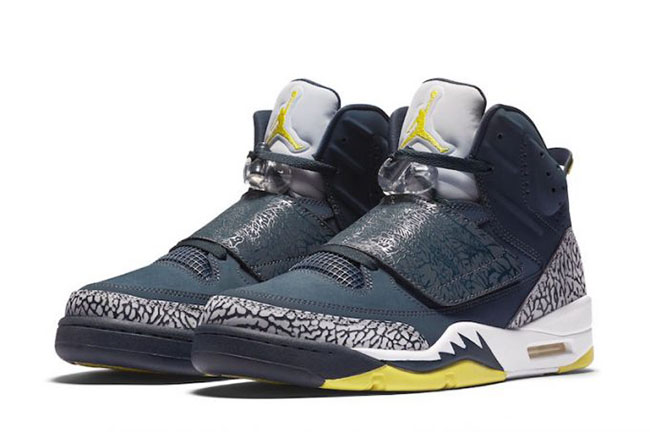 The Jordan Son of Mars which combines various Air Jordan Retro models will have a few releases in 2017 including the pair shown which is dressed in Armory Navy, White, Wolf Grey and Electrolime. Across the uppers we have Navy done in nubuck while elephant print wraps the toe and heel. Following is Electrolime which hits the Jumpman on the tongue and outsole. Other highlights include Wolf Grey accents and a partial White midsole.

Below you can check out additional images of the Jordan Son of Mars Armory Navy giving you a better look. Currently a release date is not available but they are expected to launch soon at Jordan Brand retailers. Retail price is set at $160. 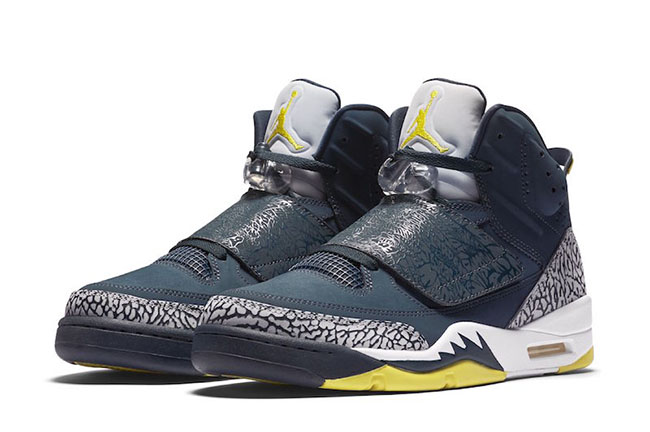 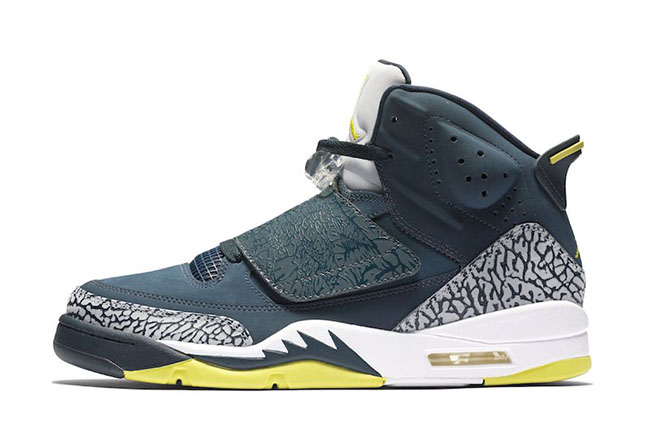 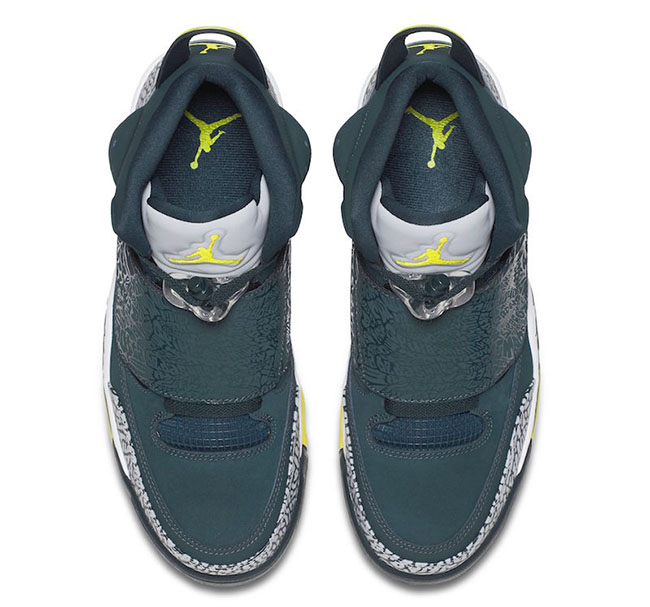