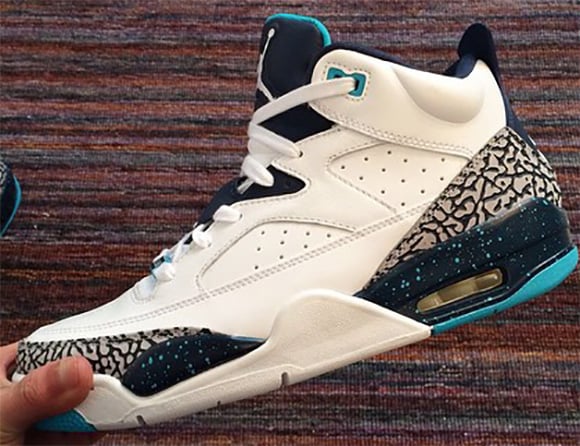 Coming back once again in 2015 is the Jordan Son of Mars Low and the last time we saw a pair hit retailers was in 2013.

While not much information is known on the newest addition to the Jordan Son of Mars line, they are a low top and will use mainly white on the uppers. Teal highlights the parts of the outsole, speckled on the midsole, and inside of the tongue. Elephant print wraps the heel and toe box with black accenting the midsole and tongue.

When the Son of Mars initially released, some pairs did a lot better than others. So this brings up the question to ask you, what do you think of the white and teal Jordan Son of Mars Low? 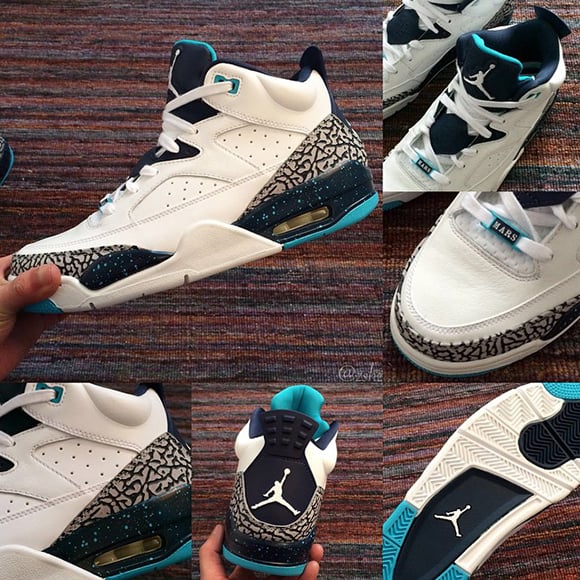 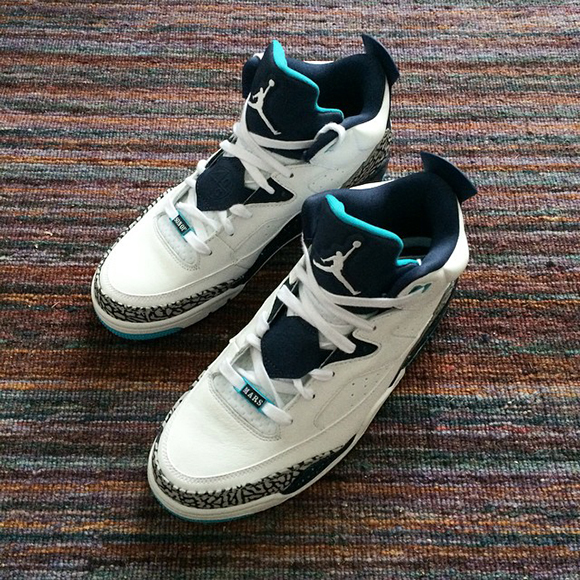 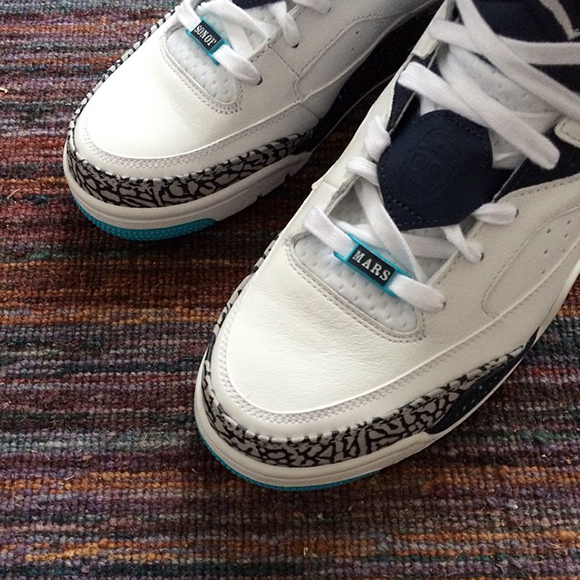