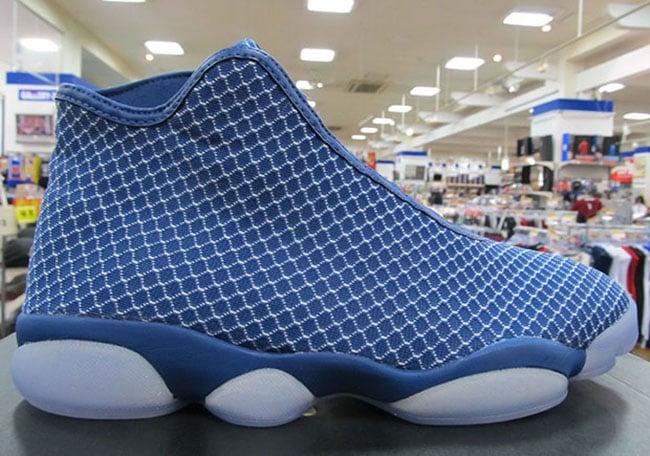 The Jordan Horizon is starting to make small waves in the sneaker community, thus far releasing two color schemes. One of the latest upcoming launches will be the Jordan Horizon ‘Military Blue’ which should be available in the coming weeks.

As most of you already know, the Jordan Horizon is based off the Air Jordan 13, so it only makes sense that the Brand is borrowing popular color themes from it’s predecessor. Although ‘Military Blue’ was used on the Jordan 4, they also have a ‘French Blue’ feel to them.

Featuring military blue through the base along with other shades of blue, white covers the uppers with a weave like pattern. Finishing this pair off is a translucent outsole.

At the time of writing, there isn’t a set release date for the ‘Military Blue’ Jordan Horizon, however we should expect this pair to debut in the coming weeks at Jordan Brand retailers. We will make sure to keep you in the loop with images and release details so stay tuned.