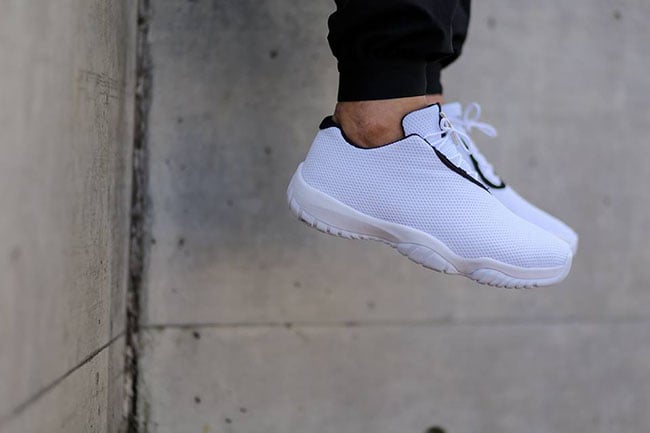 Just the other day we gave you a first look at the Jordan Future Low in white and black, which has been dubbed ‘All White’, yet they aren’t exactly all white. Now we have a detailed look which means that a release is coming soon.

While white is predominately used across the Jordan Future Low, which hits the mesh uppers, midsole, sole and tongue, black comes in on the liner and heel. It does look like the Jumpman logo which lands on the tongue actually is done in silver, but it could be due to lighting.

The white and black Jordan Future Low has an expected release time in late April along with the Yankees and Photo Blue pair. Check out more images below as well as some on feet imagery. Let us know what you think. For those wanting to grab a pair, they are now available at Titolo. 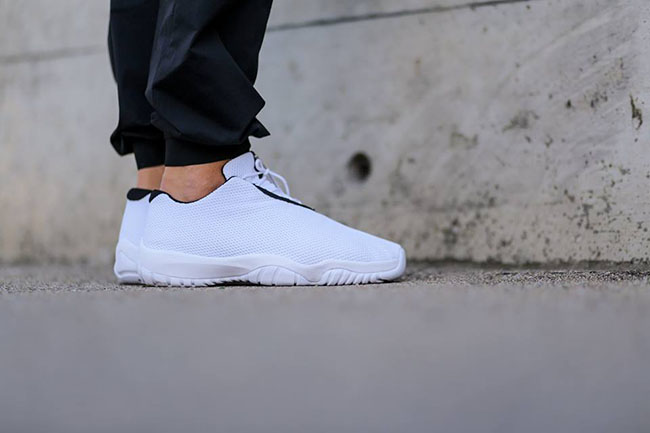 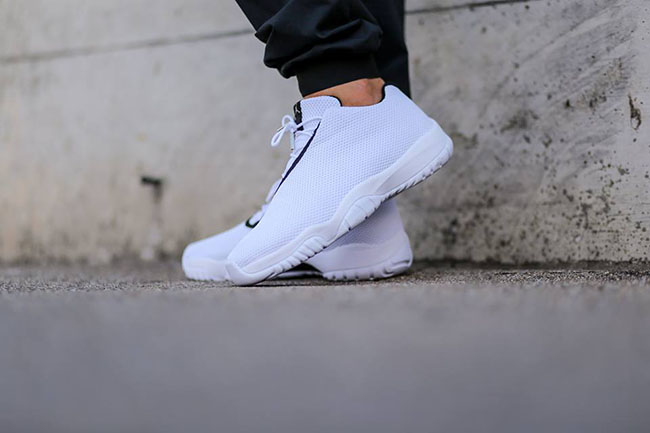 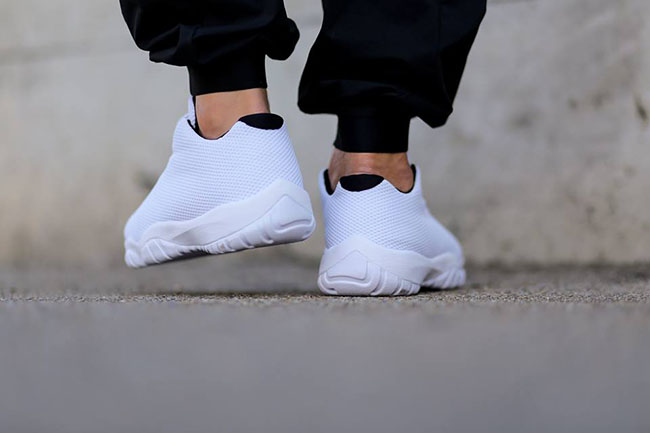