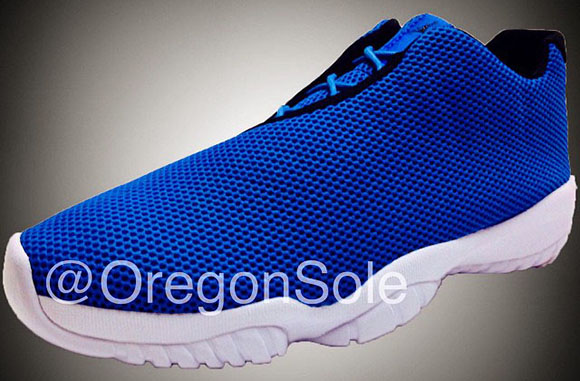 The Jordan Future has landed in a big way in 2014, we have premium models and various materials used on the uppers. 2015 will introduce the Future Lows which we have already seen some color ways but today we have a new pair.

The Jordan Future Low features a mesh upper in royal blue, black lands on the branding and liner which can be seen within the lacing system. Finally the brand caps them off with a white midsole and outsole.

As of now, the Royal Blue Jordan Future Low does not have a release date but stay tuned as we will keep you in the loop.