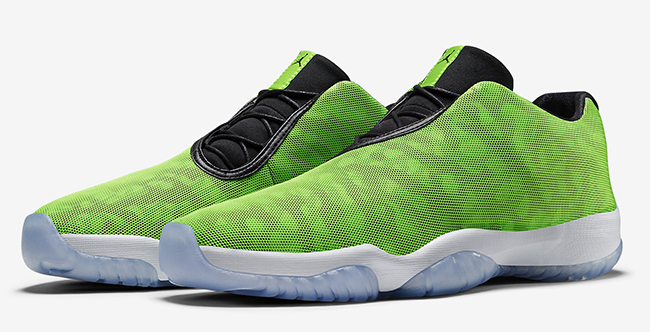 Detailed images are now available of the Jordan Future Low Light Poison Green Camo. Slowly over the next couple of months the Jordan Future Low will come with a more exotic look. So far we have shown a brief look at models that will feature a light elephant print through the uppers and now added to the list is the light poison green.

Featuring a white midsole, icy blue tinted outsold and sole, with black hitting the tongue, laces, liner and heel. As you can see a full mesh upper is in place using light poison green. A very subtle elephant print runs through the uppers which should grab some additional looks.

There isn’t a release date set for the Light Poison Green Jordan Future Low, but they should be releasing sometime during the summer.

Update: Now known as the Jordan Future Low ‘Green Pulse’, Jordan Brand retailers will release sometime during August 2015. Get a detailed look at the shoes below. 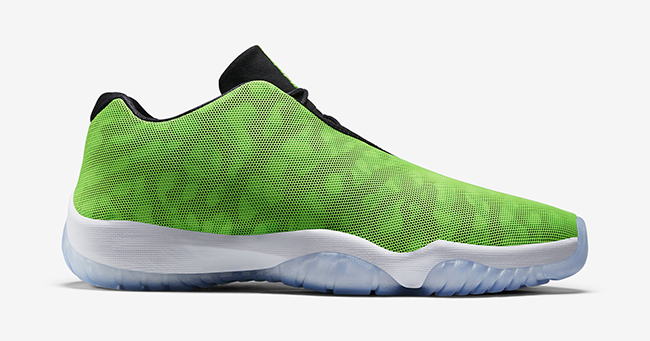 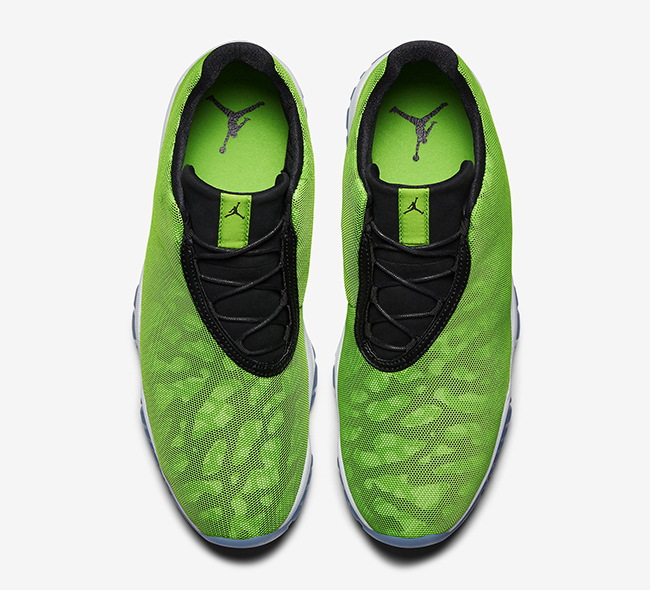 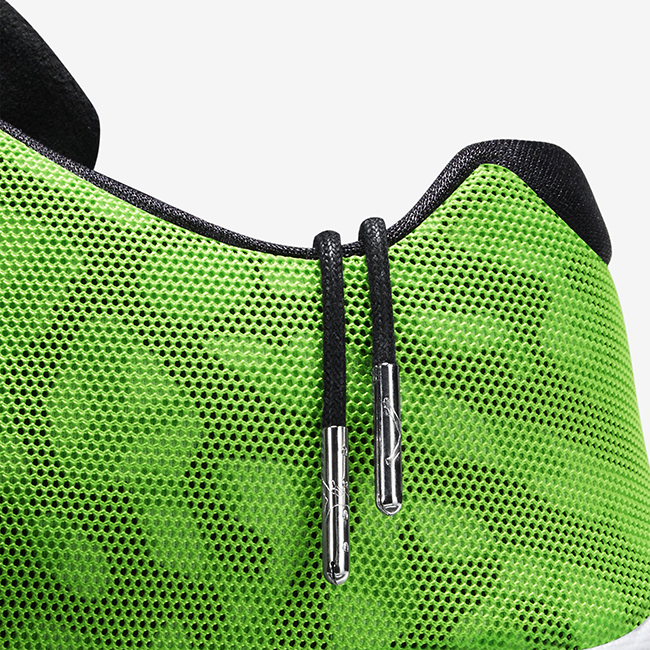