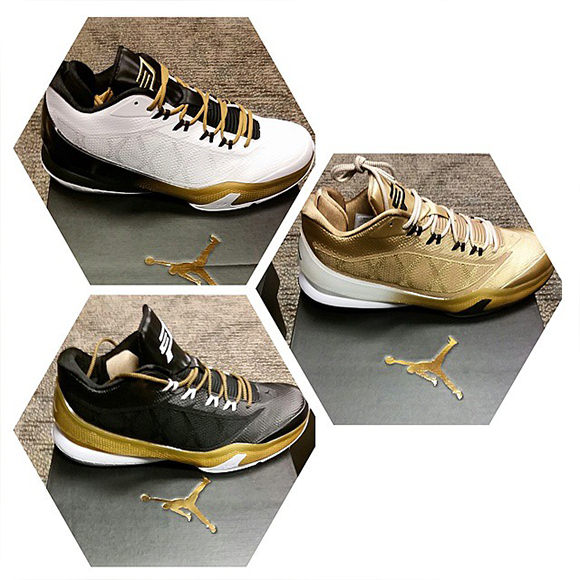 Brandon Weems the assistant coach of the Oakland University Golden Grizzlies has connected with Jordan Brand and Chris Paul to get the schools some Jordan CP3.VIII PEs.

The Jordan CP3.VIII for the Golden Grizzlies squad comes in the schools colors of gold and black with the addition of white. So far three variations are shown, one using predominate black, white and the last in gold. With Brandon Weems ties to LeBron James, we are surprised his signature shoes were not requested. Maybe we will see some in the future?

Out of the three pairs of Golden Grizzlies Jordan CP3.VIII for Oakland University, which is your favorite?