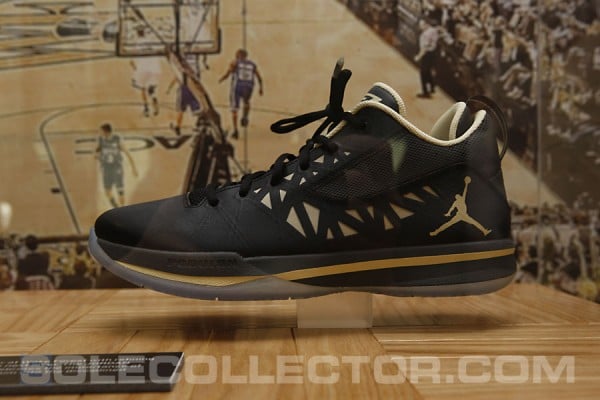 Not only do we have a look at CP3’s high school tribute kicks, but we have our first look at his commemorative collegiate sneakers as well.

Following Paul’s highly decorated high school career at West Forsyth in North Carolina, the star PG went on to attend Wake Forest in Winston-Salem. In his two seasons as a Demon Deacon, CP3 averaged 14.8 points and 5.9 assists as the ACC Rookie of the Year, leading the squad to the Sweet 16 before returning for his sophomore season and earning First Team All-American honors.

In celebration of his two seasons in Winston-Salem, Jordan Brand is set to drop this Wake Forest colorway of the CP3.V. Sporting a mostly black upper, the shoe features gold accents throughout and is finished off with an icy outsole.

Like the “Texas Longhorns” Zoom KD IV, the “Wake Forest” CP3.V is set for a release right around March Madness, probably as a House of Hoops exclusive.