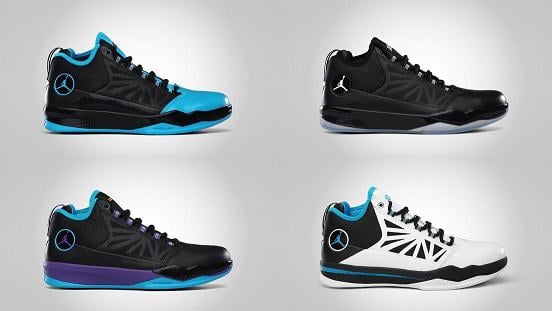 Chris Paul’s new signature, the CP3.IV, will debut this month on the 13th.

The first release will be the Black/ Orion Blue followed by the Black/White-Metallic Silver in January and lastly the White/ Orion Blue-Black & Black/ Varsity Purple-Orion Blue- SNSTN in February.

A lower cut is the most noticeable change in the new signature. Breathable mesh and leather are mixed on the uppers along with ‘podulon’ technology for cushion, similar to the CP3.III.