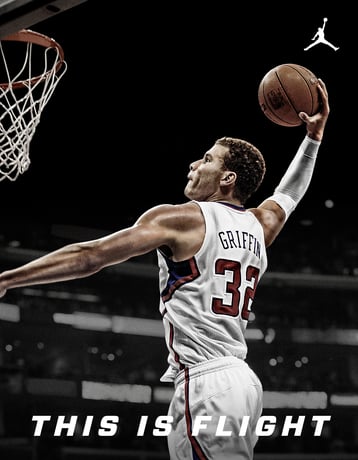 After rocking the Jordan Super.Fly in the regular season opener, Jordan Brand has officially announced the addition of Blake Griffin to its roster.

“We are thrilled that Blake is joining the brand,” said Michael Jordan. “Blake has captured the essence of what the brand stands for through his style of play and love for the game of basketball. He is an amazing athlete and person who we look forward to working with for many years.”

Griffin, who debuted the Jordan Super.Fly on Wednesday, will continue to wear the product throughout the season.