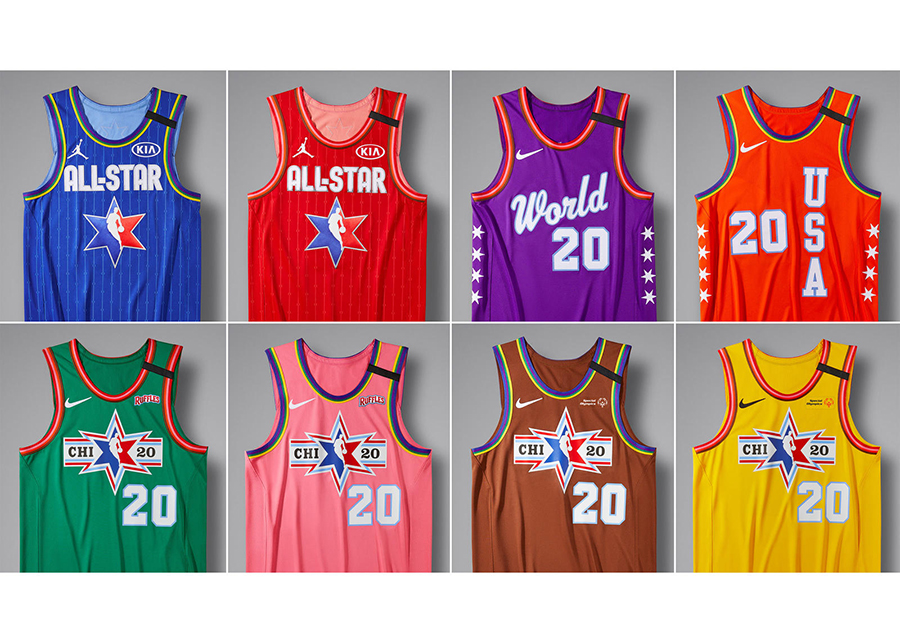 The eight lines of the train match the number of uniforms seen on court during NBA All-Star 2020. With that in mind, Jordan Brand and Nike designers incorporated the color of each track into the uniforms as a base: blue and red for the NBA All-Star Game; purple and orange for NBA Rising Stars; green and pink for the NBA All-Star Celebrity Game presented by Ruffles; and brown and yellow for the NBA Cares Special Olympics Unified Basketball Game.

The Jordan Brand official NBA All-Star game uniforms add the six-pointed star from the Chicago flag as the symbolic refrain while inviting the attitude of the ‘90s-era alternate uniforms worn by the hometown Bulls. Its representation on-court spans the bold (It’s integrated into the NBA Star logo on the chest) and the subtle. For example, a closer look at the pinstripes reveals the integration of the star. The silver satin on the numbers and letters are inspired by the trains’ worn patina. 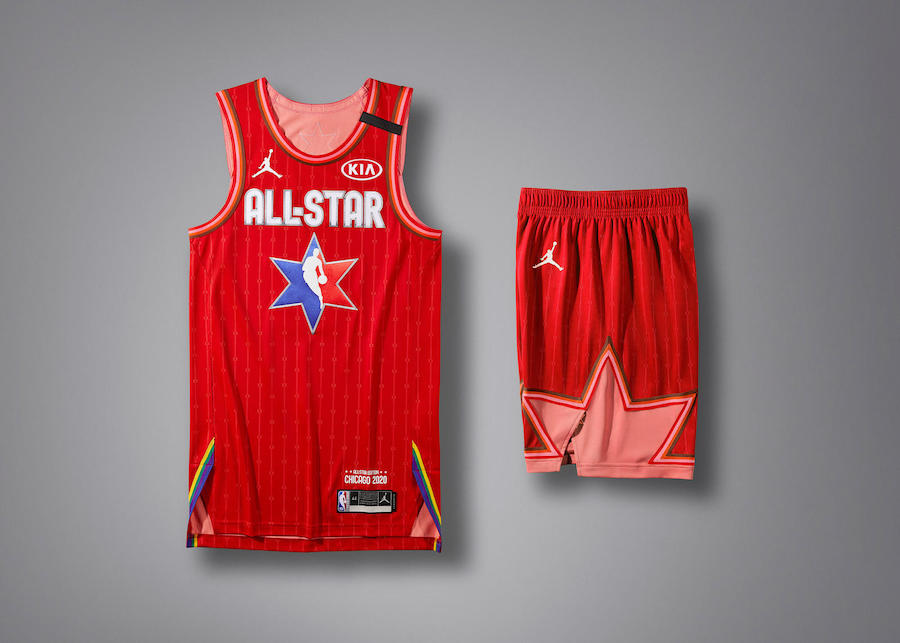 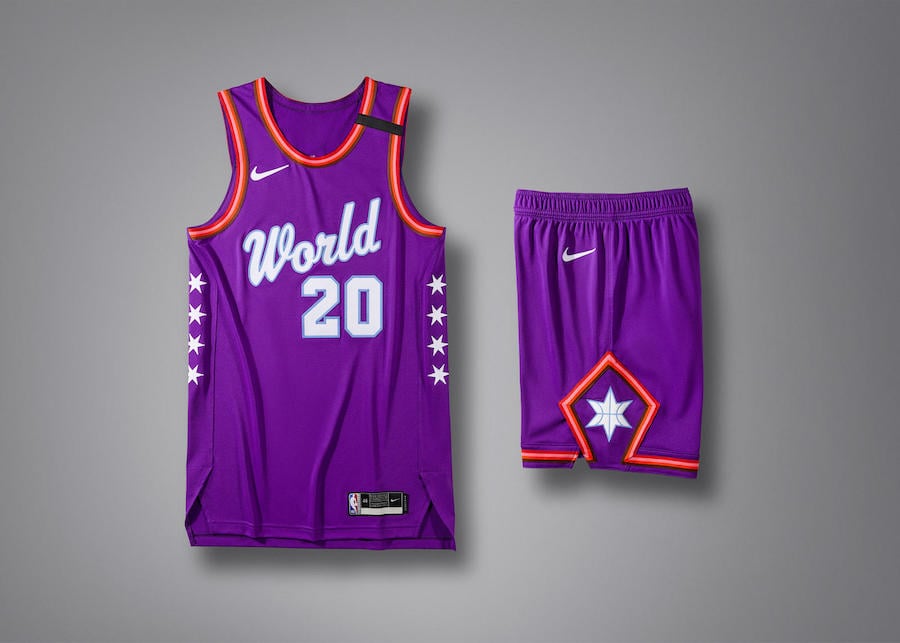 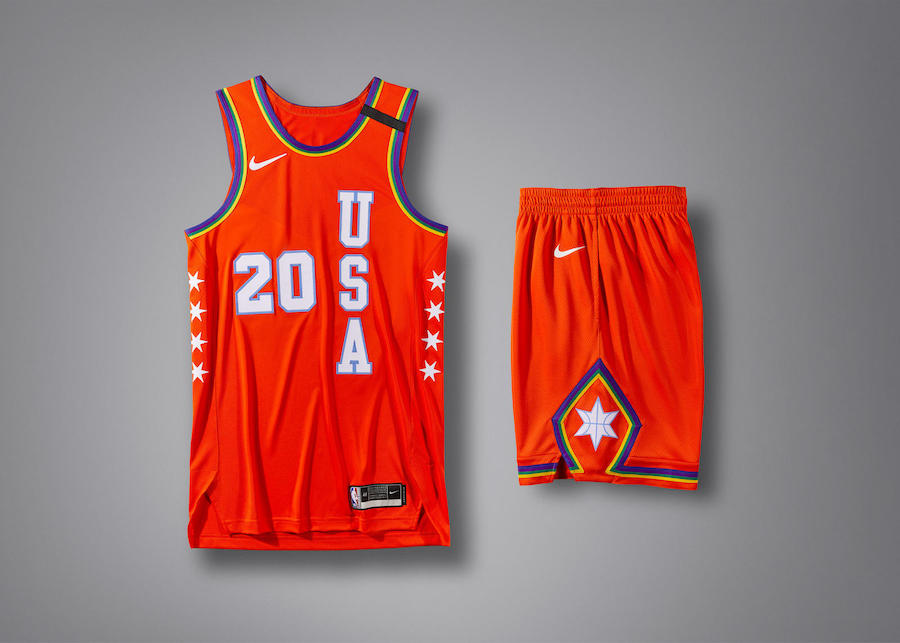 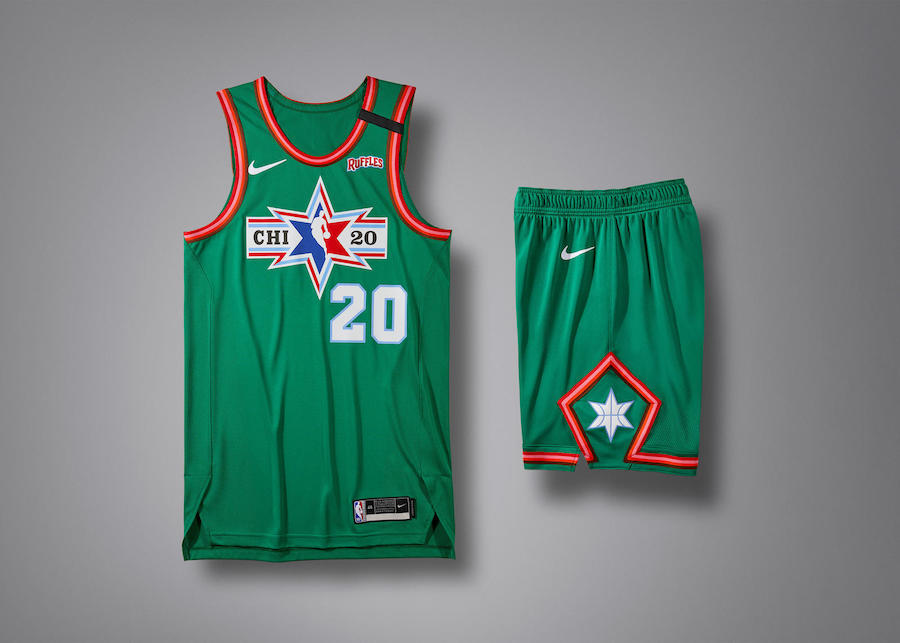 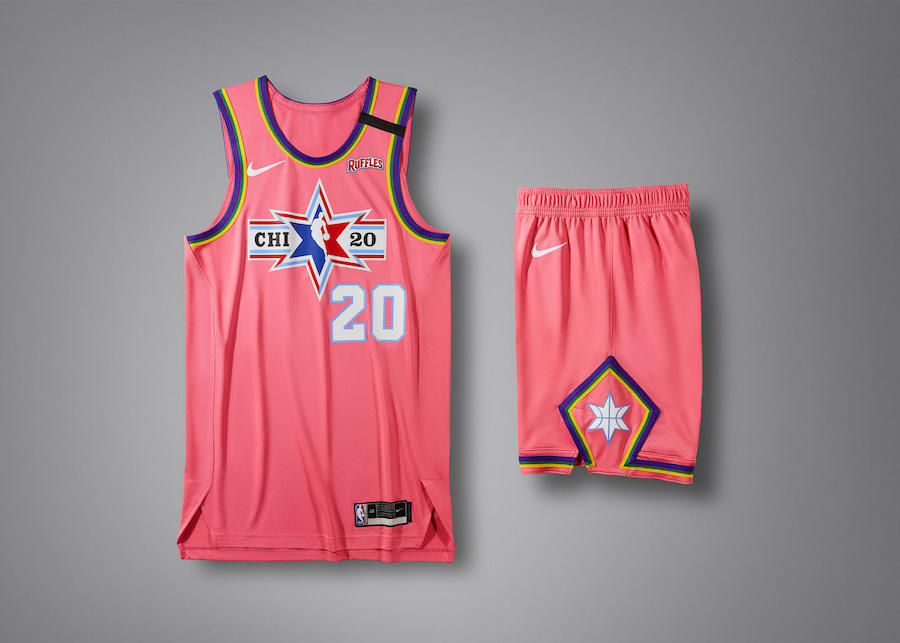 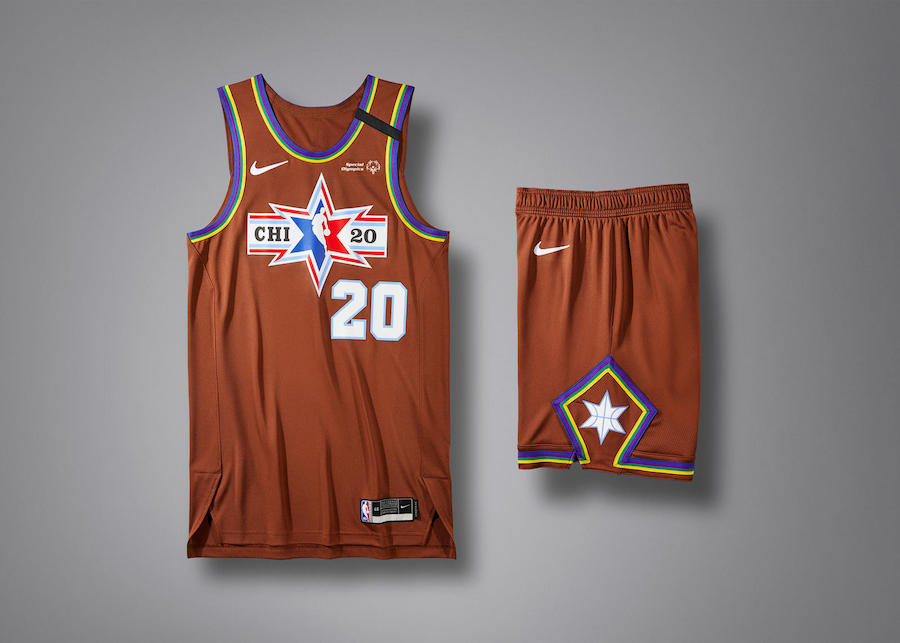 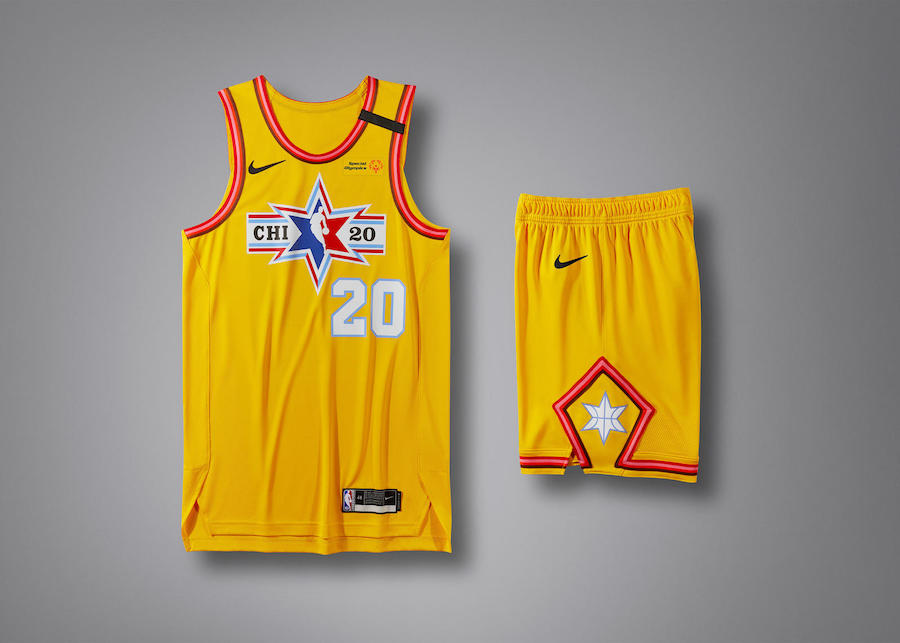