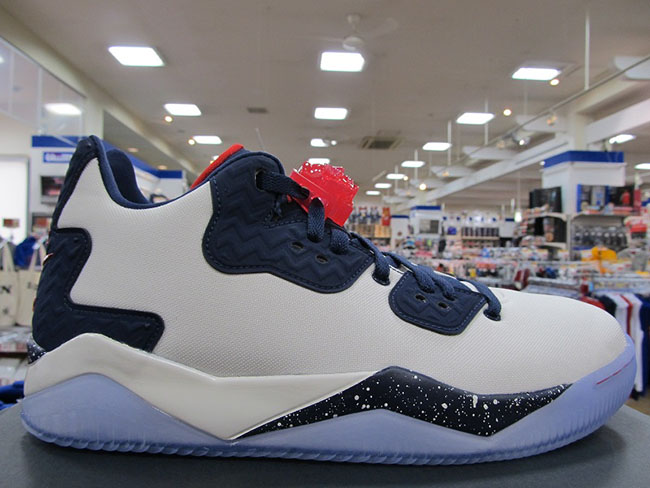 Jordan Brand has plans to release the Jordan Air Spike 40 Low in a few colorways that will start hitting retailers soon. As a surprise to some, the first color scheme to leak has a similar theme to the Dunk From Above Jordan Spike 40.

Overall, the Jordan Air Spike 40 Low doesn’t change much from the Mid. From what we can tell, the only real difference is the cut. For the first pair to be exposed, they feature a White base with Navy Blue detailing on the eyelets, heel and part of the midsole. Red is then placed on the large lace locks and Jumpman on the tongue. Other details include minor speckled detailing and a translucent outsole.

As of now, a release date for any colors of the Jordan Spike 40 Low has yet to be announced but make sure to check back with us for more details. You can also see another shot of this pair below.