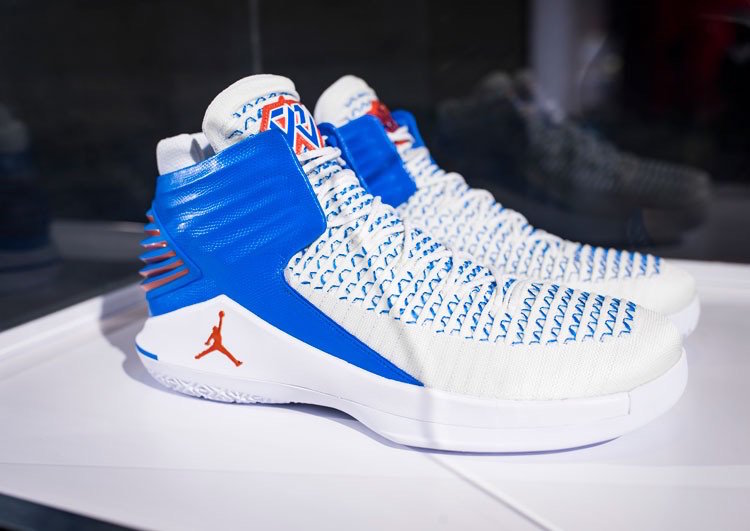 Finally the NBA Season has started and you can expect to see various player exclusives pop up for the 2017-18 season. As well, you can expect a fair share of different Air Jordan 32 Russell Westbrook PE Colorways to be showcased.

We now have a look at three colorways of the Air Jordan 32 which Russell Westbrook will wear during the season. The first pair features White across the uppers while accents of Blue and Orange are spotted. The next comes dressed in a ‘Triple Black’ theme. Last but not least is the ‘Creamsicle’ pair which was spotted during media day.

Below you can check out more images of the Air Jordan 32 Russell Westbrook player exclusives which will give you a closer look. Make sure to visit the comments section with your thoughts. 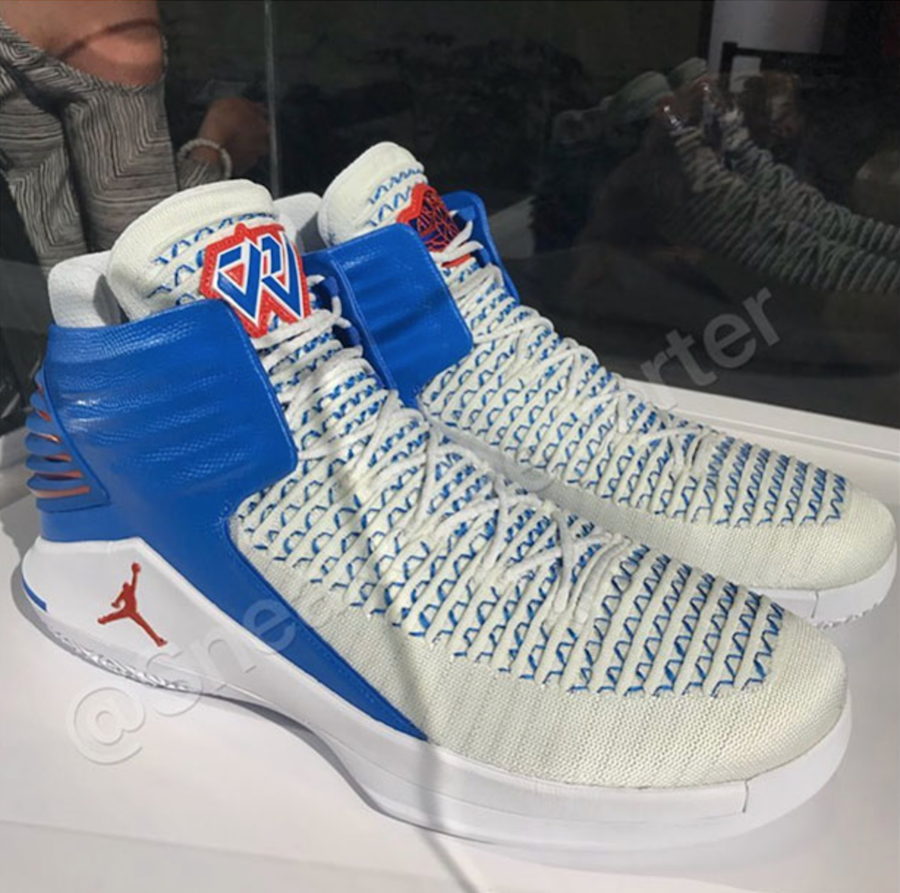 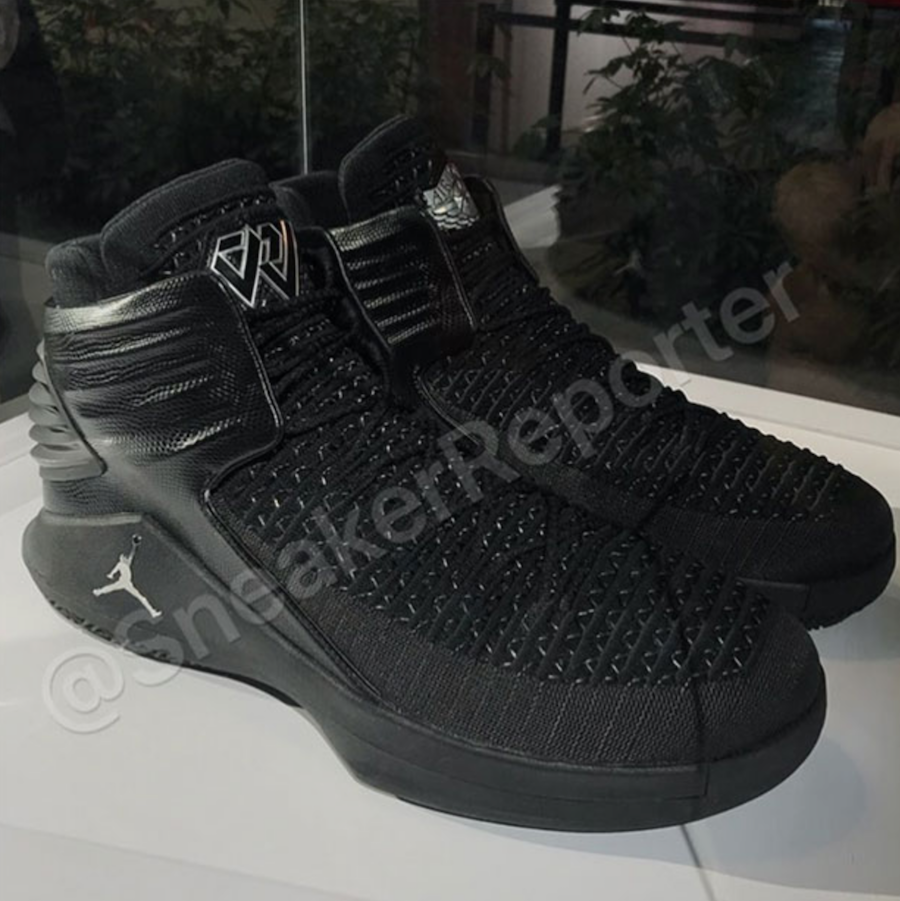 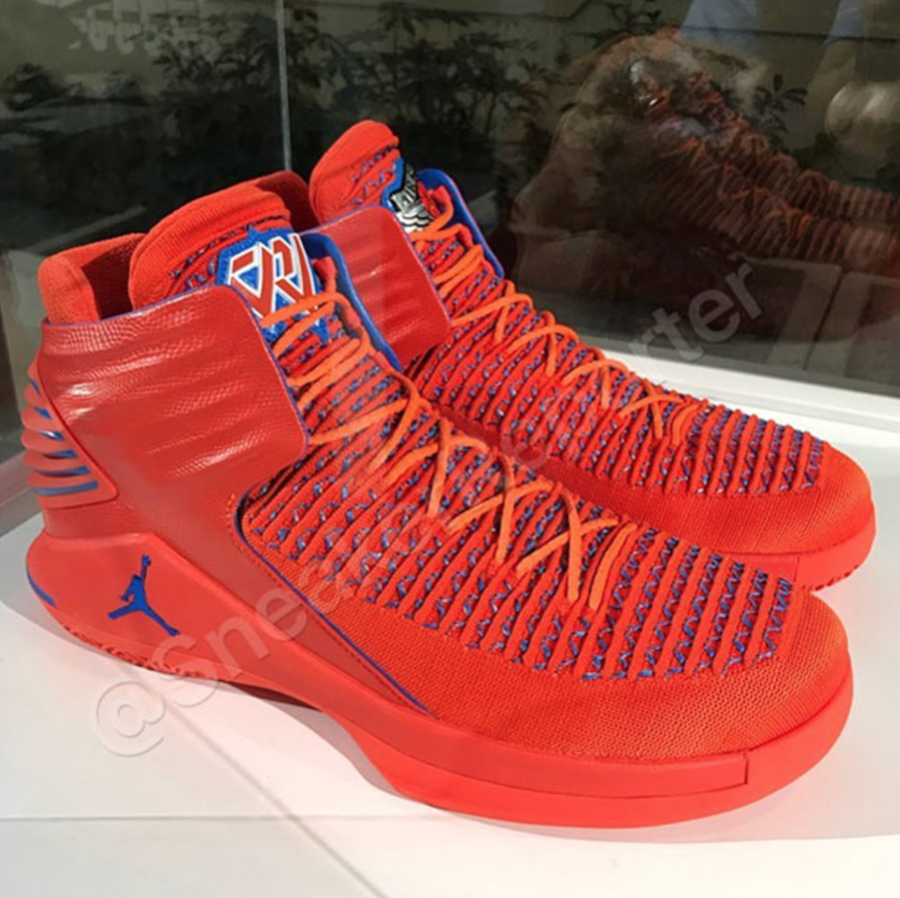