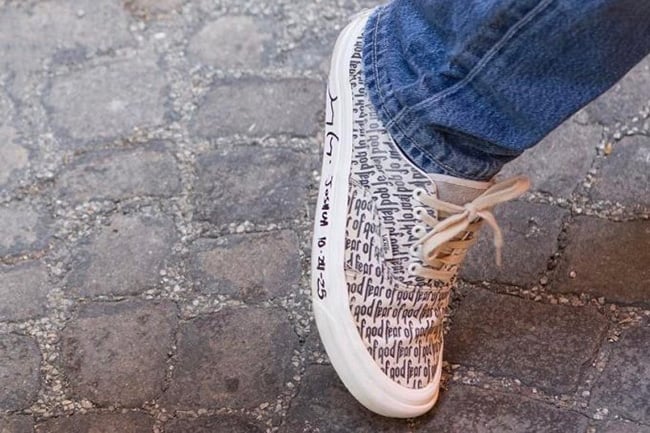 Last year we had the Fear of God x Vans Collection release which sold-out instantly. As a follow up, Fear of God designer Jerry Lorenzo has confirmed that there will be another collaboration including seven Vans for Fall and Winter 2017.

Jerry Lorenzo broke the news on his Instagram while stating there will be three Vans releases along with four from Vans Vault. As you may know, his collaborations are inspired by religion and the Bible. He also recently autographed a pair of the Vans Era where he wrote the bible verse Joshua 10:24-25.

At the time of writing, there isn’t any teaser images available nor even a hint of what models will release for the new Fear of God x Vans Collection. Once we have more information we will make sure to update you. Let us know in the comments section what you would like to see release.

…btw more @vans in the fall…