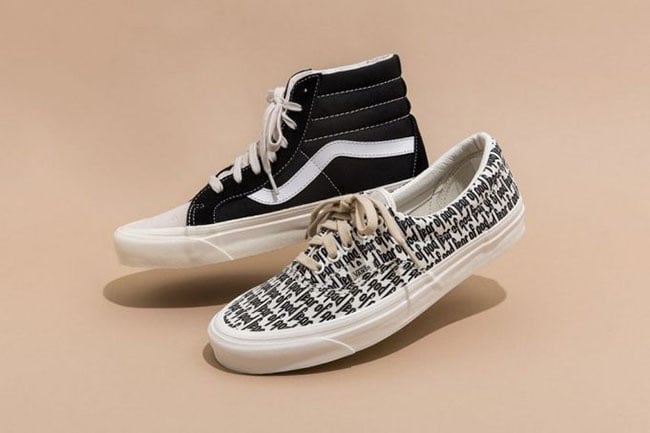 News broke back in January that Fear of God would be collaborating with Vans for a two pair pack. Headlined by Jerry Lorenzo, two pairs in connection with the two have released, the SK8-Hi and the Era.

First up we have the Vans SK8-Hi that comes in Black, Cream and White. You can see that the panels are done in Black while Cream covers the tongue, too and branding. White completes the look which is used across the midsole. The second is the Vans Era which has a White canvas along with Fear of God written all over the uppers and tongue in Black. Finishing the off is a White midsole.

The Fear of God x Vans SK8-Hi releases already in-store at Pacsun. For those that missed out, expect the two pairs to release at additional retailers during Fall 2016. Check out additional images below. 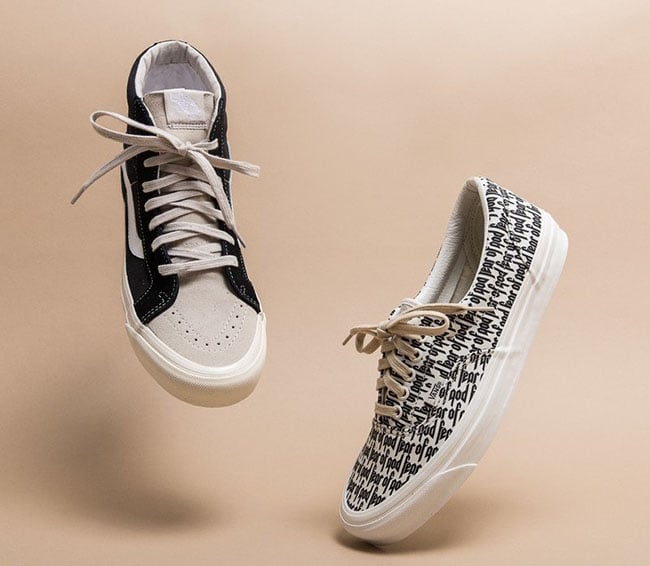 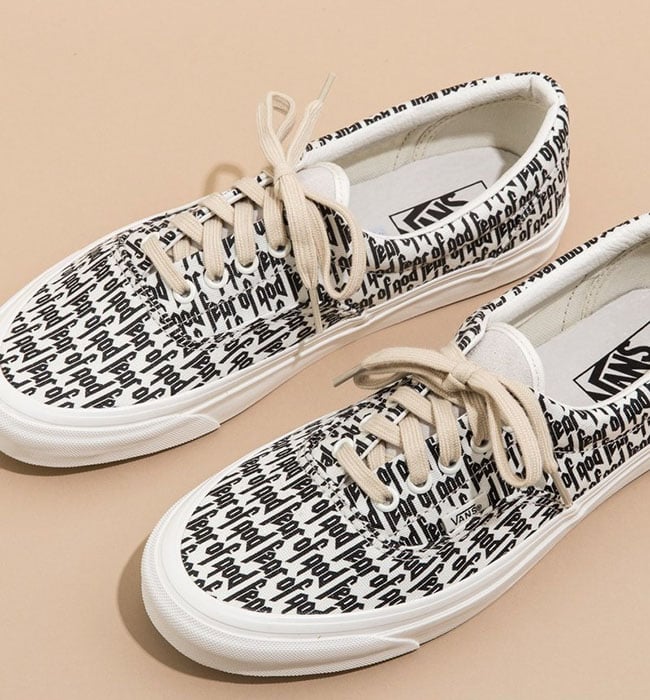