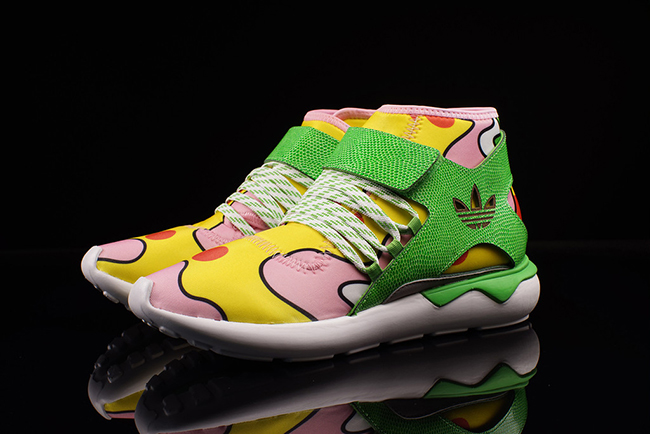 Jeremy Scott has had a long list of collaborations with adidas, and while they are out of the normal they always attract sneakerheads. The designer has now got his hands on the adidas Tubular to construct another hit that should do well once they release.

The Jeremy Scott x adidas Tubular uses a bright green running through the strap that wraps the heel with a reptile print finish. On the toe box and running up the sides is yellow and pink which makes up for a unique design. Solid white hits the midsole while white and green checkers land on the laces.

At the time of writing there isn’t a release date for the adidas Tubular by Jeremy Scott, but they are expected to launch during Fall and Winter 2015.

Update: The Jeremy Scott x adidas Tubular is now starting to release to select adidas retailers. You can buy them now at Oneness for $200. 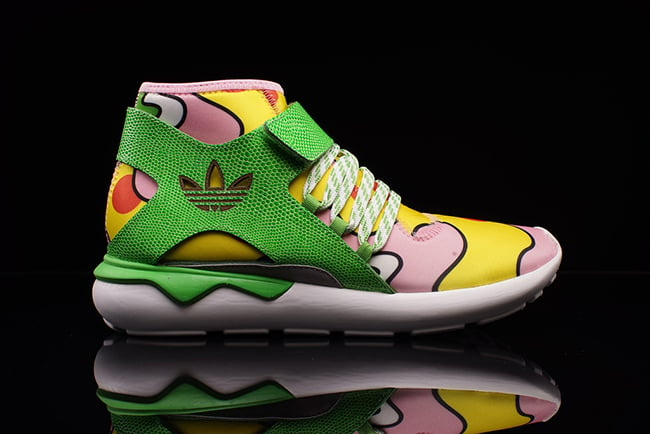 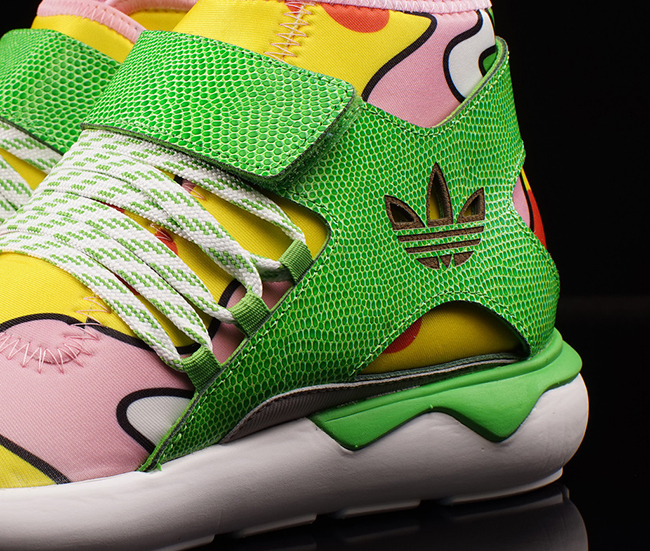 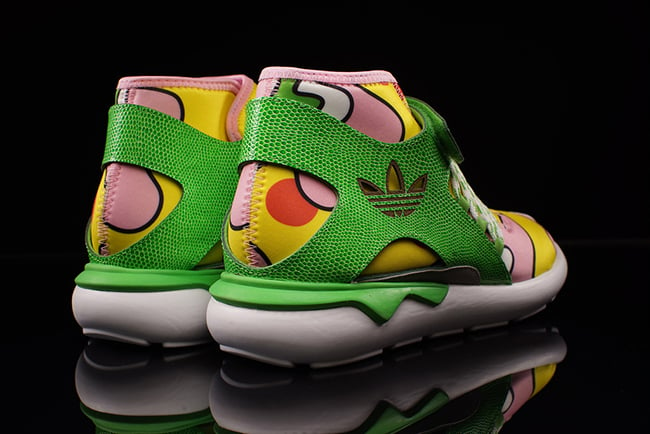 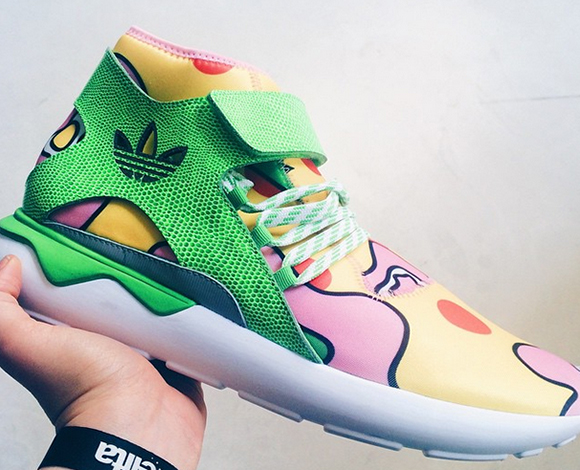