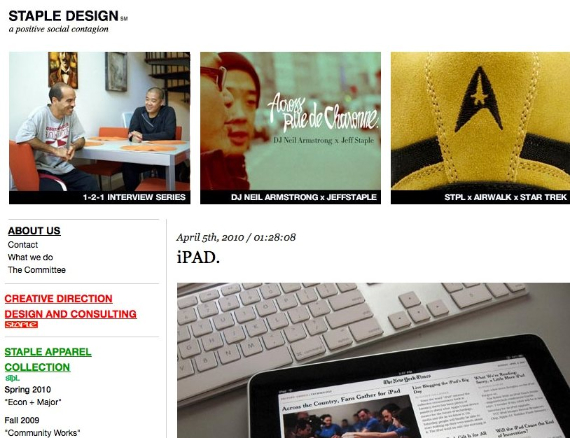 As most of you already know, the wi-fi version of the Apple iPad was released, in limited quantities, on April 3rd. There were lines across the nation before Apple stores even opened up, but Jeff Staple, the man behind Staple Design and the extremely popular Nike Dunk SB Low Pigeon NYC, was lucky enough to buy one. He originally intended to purchase the 3G model which is set to release in late April, but “the force in Mr. Jobs is strong.” Nonetheless, Jeff Staple has already given his initial thoughts on the iPad, which essentially state that the device is absolutely amazing from a product standpoint, but he is still attempting to figure out what the iPad can be used for effectively. Via: Staple Design