It is almost time for James Harden to unveil his first signature shoe with anyone, but in this case, it will be with adidas Basketball. Along with his first shoe, James Harden will have a brand new logo to showcase.

Some of you might remember that Harden was signed to Nike and after a very lucrative deal offered by adidas, which was about $200 Million, he decided to leave the Swoosh and join the Three Stripes.

For James Harden’s first signature shoe with adidas Basketball, details or images have yet to leak, however reports are saying they will release during December 2016. This would mean that we will have a first look in the coming months which will be followed by an official press release from adidas.

Below is a video of James Harden’s new adidas Basketball logo. Let us know what you think of it and make sure to check back for updates. 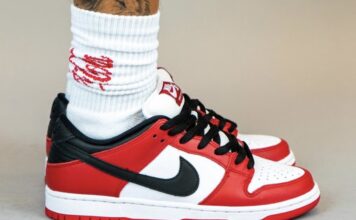