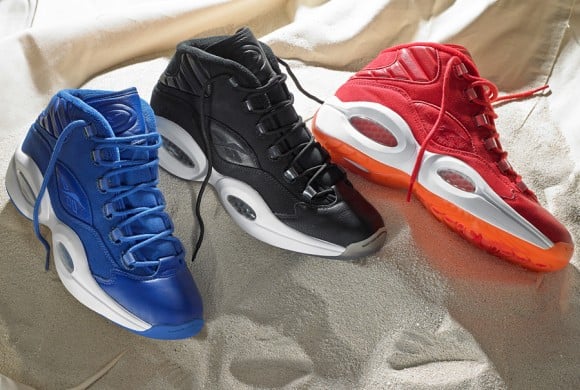 Next Friday, June 7th, Reeboks retro train will indeed continue to trudge forward in 2013. With all the retro basketball models that have already found their way back to retail since the beginning of the year, the good folks at Reebok have yet another run installed for the Reebok Question model.

Many sneakerheads wasted no time in associating both the red and blue pairs with the Philadelphia 76’ers and for obvious reasons of course. Both pairs sport a color that was once rocked by AI himself during his time in the city of Brotherly Love. It’s the black pair that serves as a balancer of sorts as it implements a bit of contrast between its high energy counterparts.

Either way, the release date for the Reebok Question “Summer Canvas Pack” is almost here. With its upcoming arrival on the horizon, which pair are you sneakerheads most drawn to? Keep reading after the jump to see the collective grouping in all its canvas covered glory and let us know whether or not you’ll be heading over to Oneness on the 7th to cop. 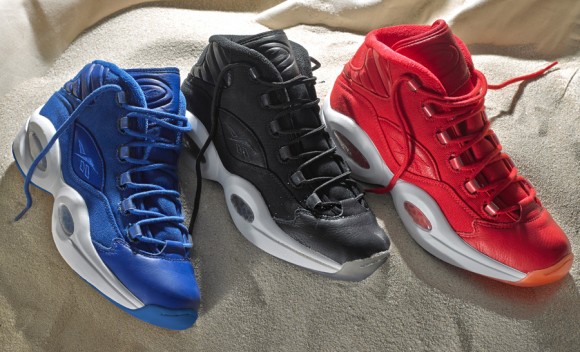 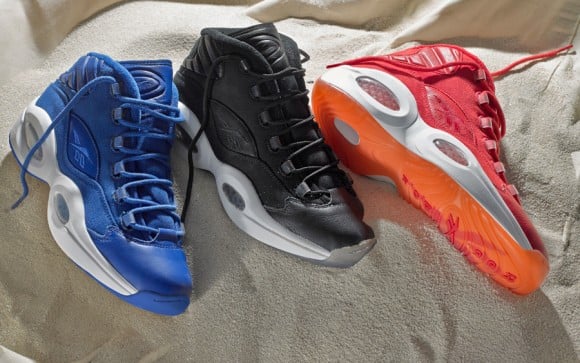 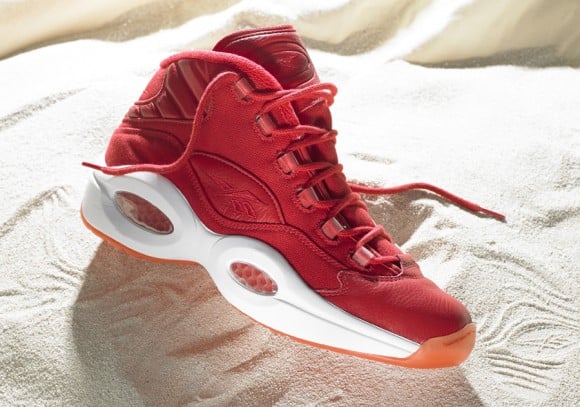 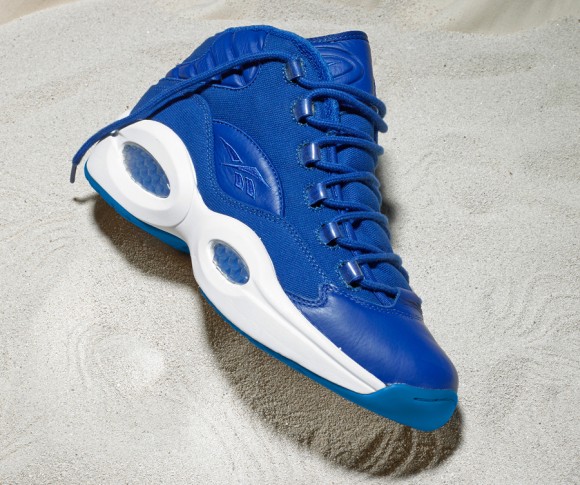 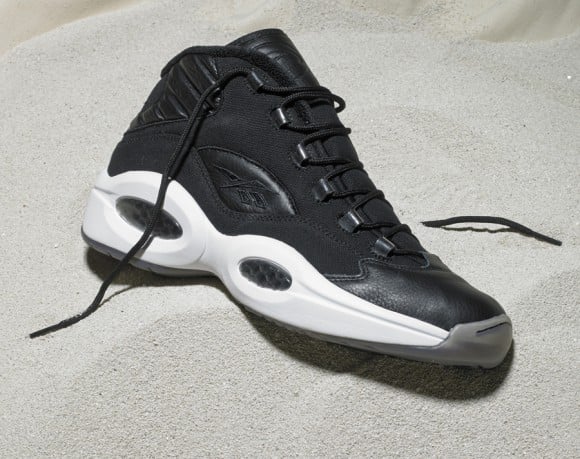