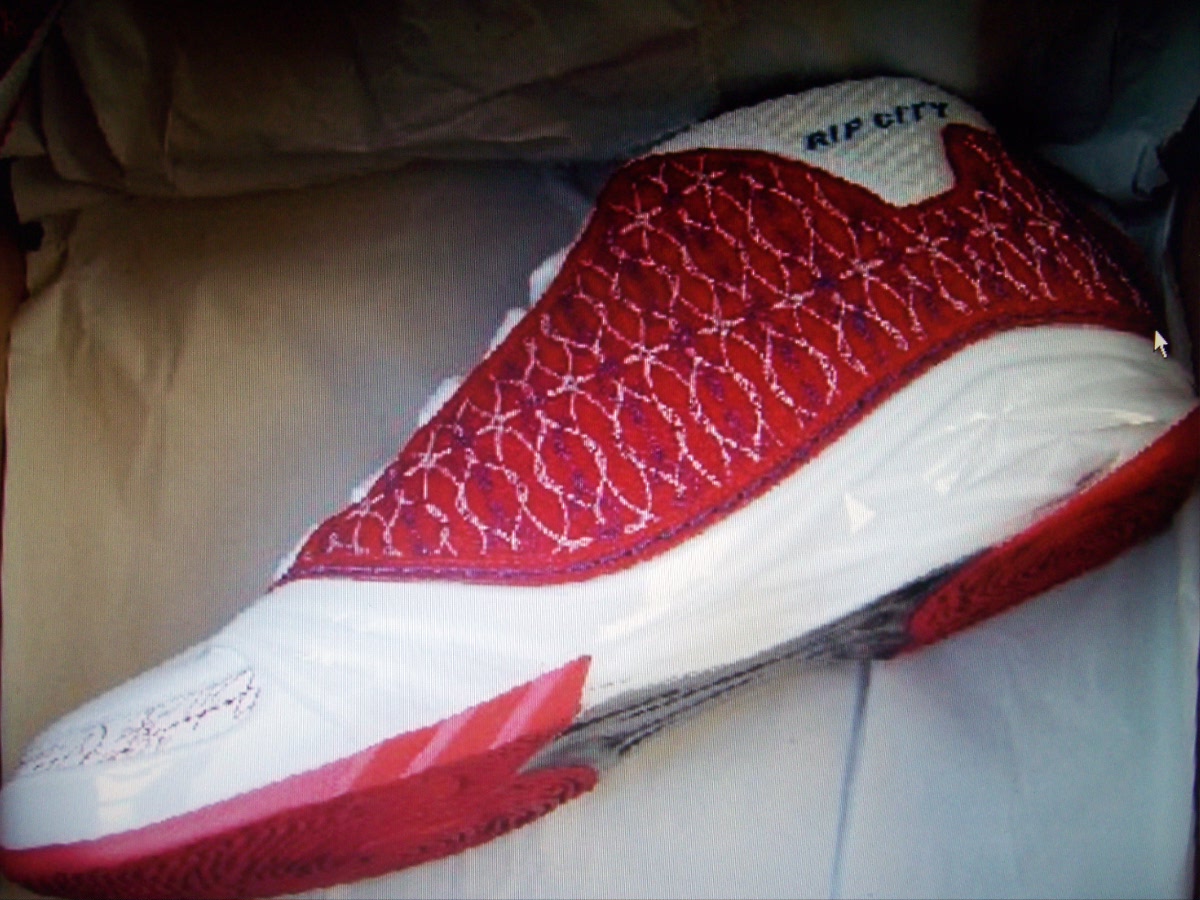 Amid a deluge of contrived Fusion releases, it appears as if Jordan Brand might have maintained some semblance of sole/soul. (Ask Lil’ Bow Wow for an answer–he’s an “O.G.”) The brand’s latest triumvirate of XX3 releases has been met with wide acclaim nationwide, and the black/red “Premier” update set to drop in thirteen days looks favorable. The Jumpman has continued blessing their “Team” players with an assortment of exclusive merchandise, too. Detroit Pistons forward Richard “Rip” Hamilton recently sported this red/white/blue version of the ecologically friendly, yet luxurious XX3 Mid on-court. The model is accentuated by Hamilton’s nickname, “Rip City” stitched in royal blue along the ankle collar. Questions remain, however. Did NikeTalk member ES300 take a quick flick of the shoe on his phone? (Which might explain the picture’s grainy appearence…) Does this pair (or one shoe) even belong to him? Will this cute girl from one of my classes call me? Via ES300 of NT.