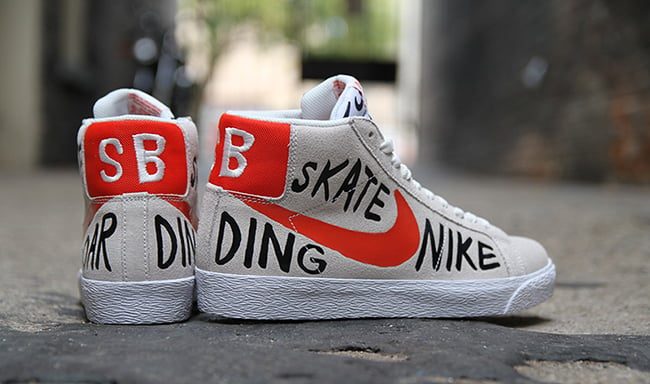 If you have been following Nike or even Geoff McFetridge, you may already know that the two collaborated back in 2003. This joint projected resulted in the Nike Vandal ‘Tear Away’ which lived up to their name due to the fact that you could remove the exterior which then showed off various images and graphics.

The Nike SB Blazer Premium by Geoff McFetridge uses a tan canvas and white midsole. Instead of images being used, he appears to hand paint ‘Nike Skateboarding’ across the uppers. Furthermore the side swoosh, SB on the heel, Nike SB on the tongue and insole graphics receive the same treatment.

Although there isn’t a specific release date for the Geoff McFetridge x Nike SB Blazer Premium, they should be landing at Nike SB retailers soon. Check back for more details. 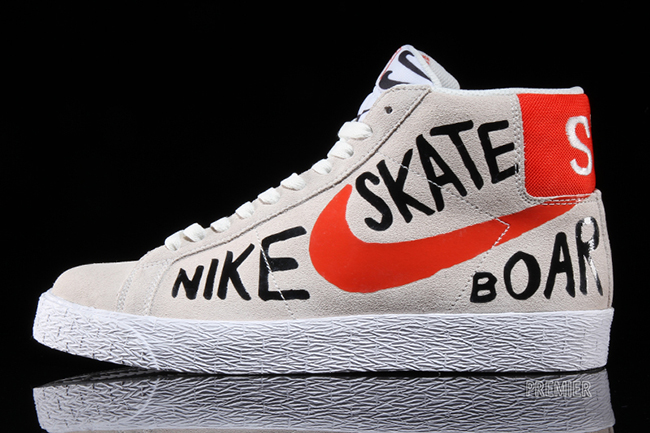 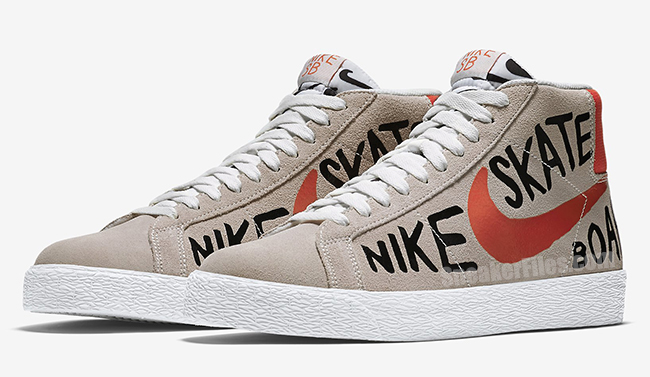 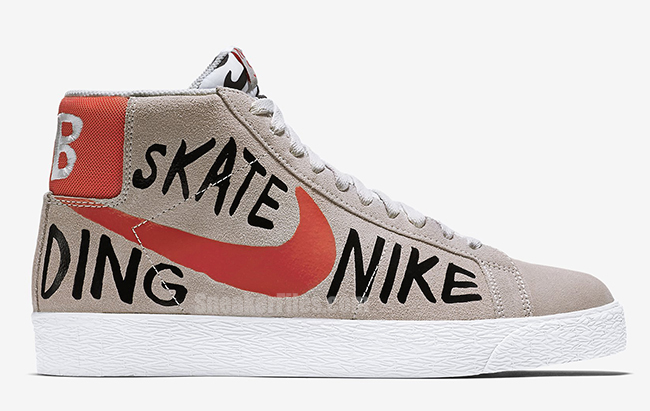 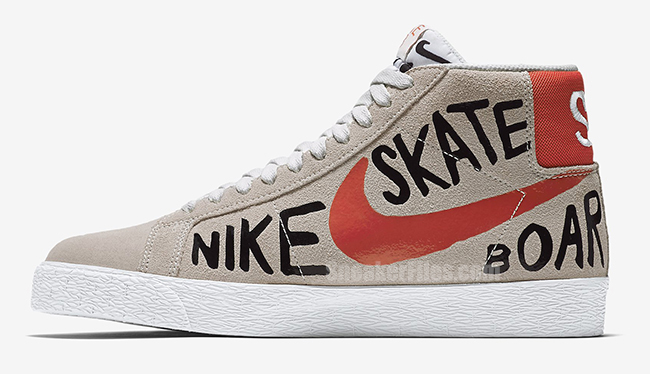 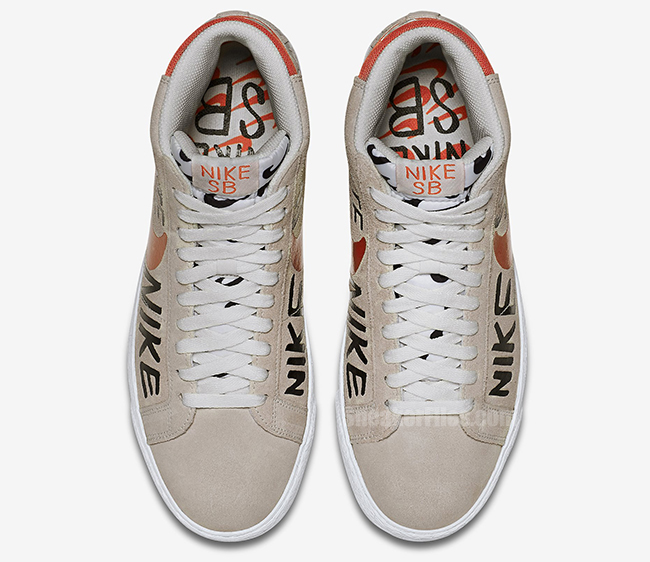 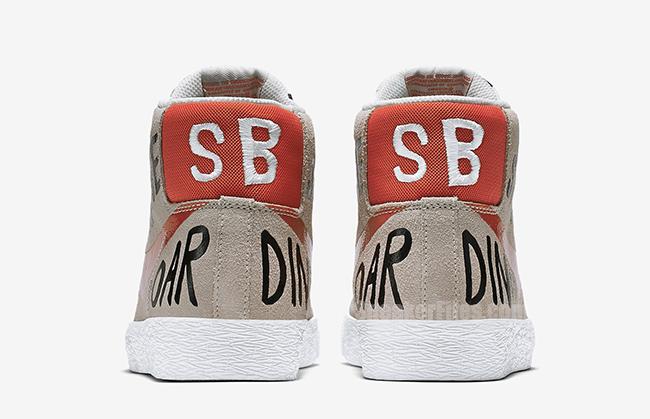 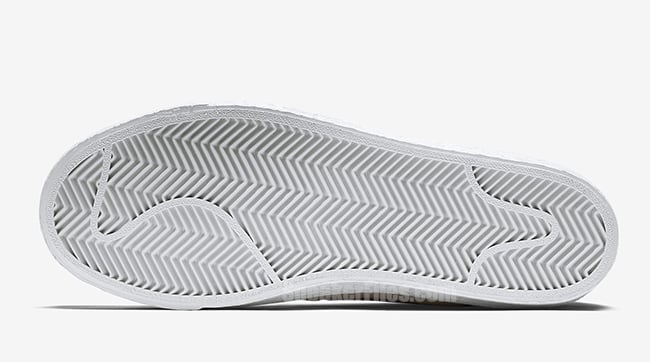