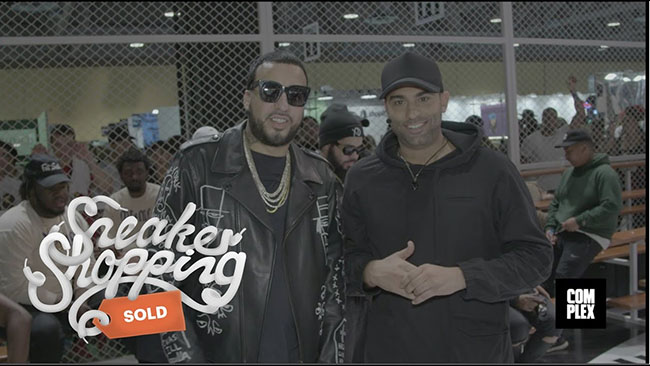 French Montana went sneaker shopping with Joe La Puma from Complex which was shot live at ComplexCon that took place over the weekend.

Although the video was done differently, as the two strolled through ComplexCon to check out the various displays, the outcome is still the same. During the shoot, French talks about growing up and wearing Air Force 1s, specifically the White on White.

The two then stop by Project Blitz setup where he says his favorite Air Jordan model is the ‘Bugs Bunny’ (Air Jordan 8).

Although it appears that no purchases were made, towards the end of the video, French Montana says the Air Jordan 5 ‘Oregon Ducks’ is the model that eluded him. It appears that Joe promised to get him a pair. Below you can watch the entire video and let us know in the comments section what you think.