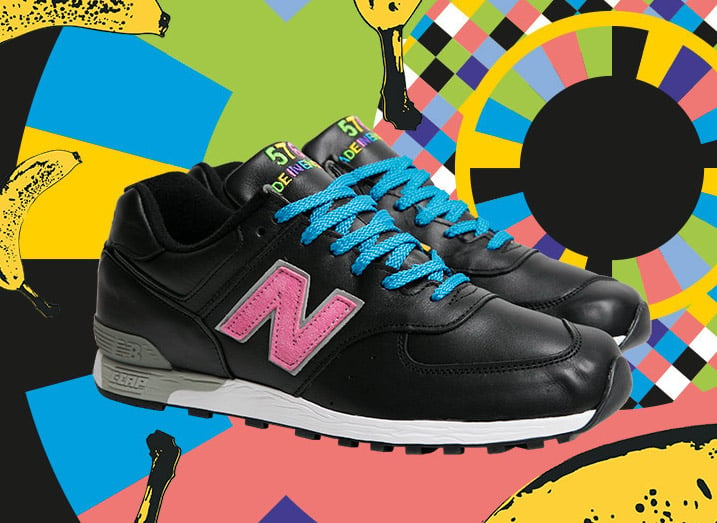 Footpatrol is collaborating with New Balance which will take place on the New Balance 576 which is the same model they teamed up on in July 2007.

To celebrate the 10th anniversary of the Footpatrol 576 the two have come together to release a new updated special edition.

The main build and color palette of the shoe remains the same, with a premium black leather upper sitting atop a white midsole. The initial launch back in 2007 featured hook and loop ‘N’ logos which allowed each customer to essentially customize your shoe. For this updated version we have taken inspiration from both the previous colorways and implemented a different colorway of N on the medial and lateral side of each foot. The tongue and heel feature New Balance 576 ‘Made in England’ branding in embroidered stitching with the colors matching those of the N’s. These colors can also be found on the additional pairs of laces which come with the shoe: Black, Pink, Yellow, Green and Blue. The collage artwork that sits alongside this release is compiled with the illustrations of Pete Hellicar who created the artwork for the initial launch back in 2007 featuring a moving robot, chatter teeth, 576 hand signals and a gramophone to name a few!

The Footpatrol x New Balance M576FPF released today, November 24th which is Black Friday and is limited to 260 pairs. They are available in-store and online. With your purchase they will also come with dual-branded tote bag and a sticker sheet which features illustrations of Pete Helical. 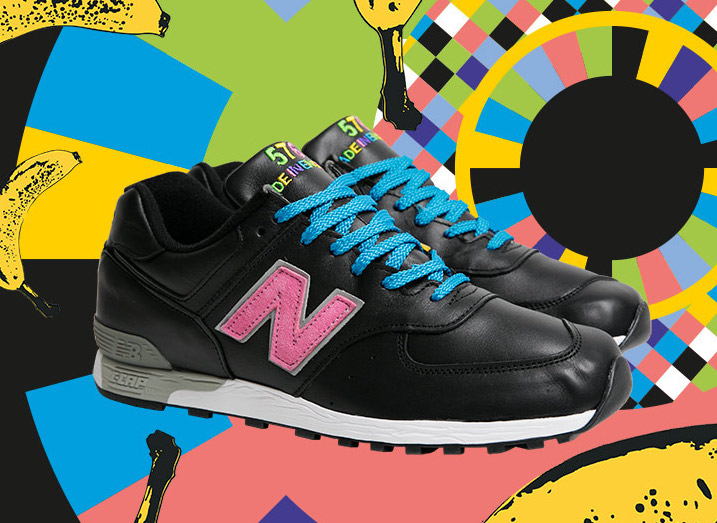 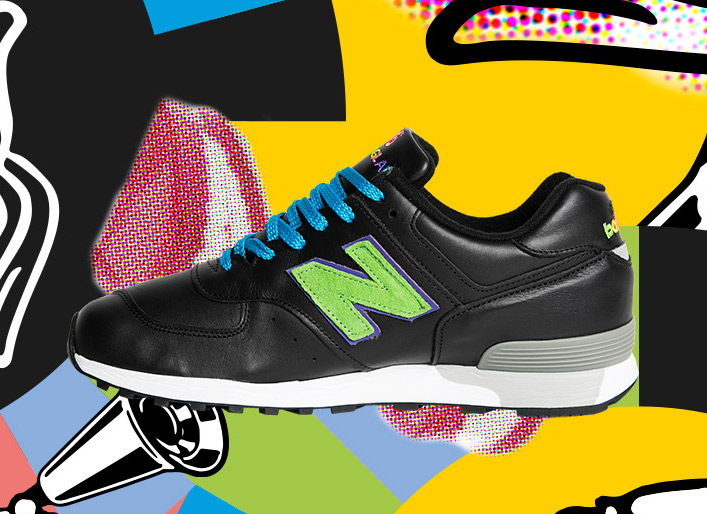 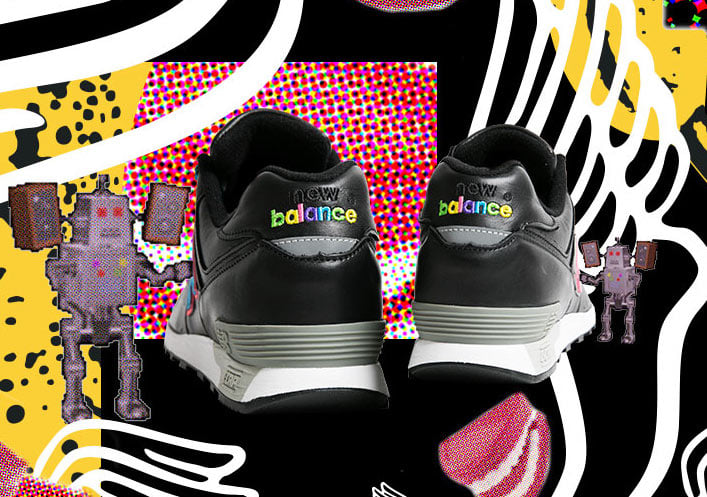 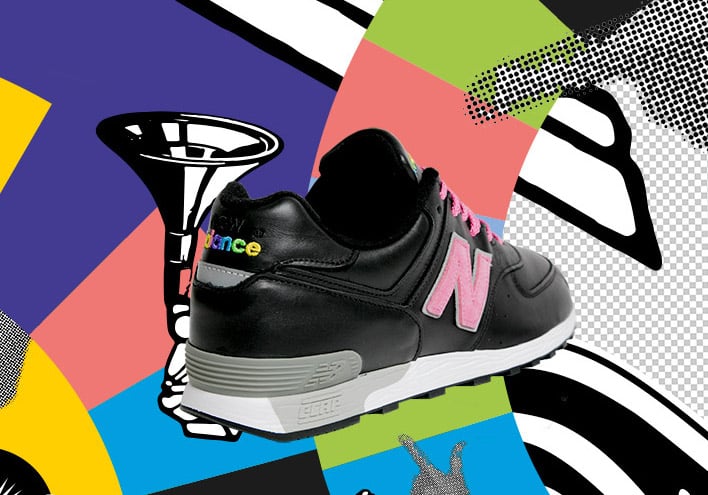 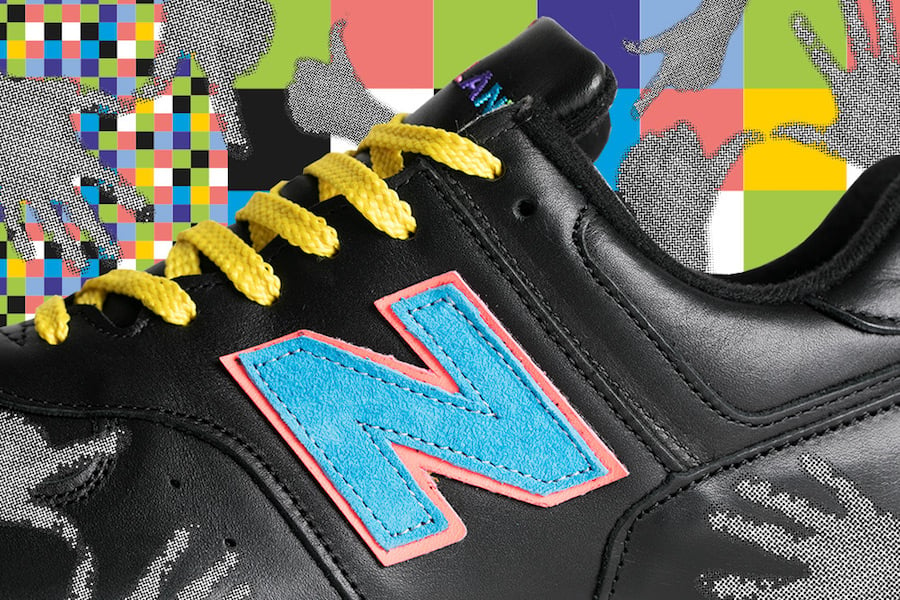 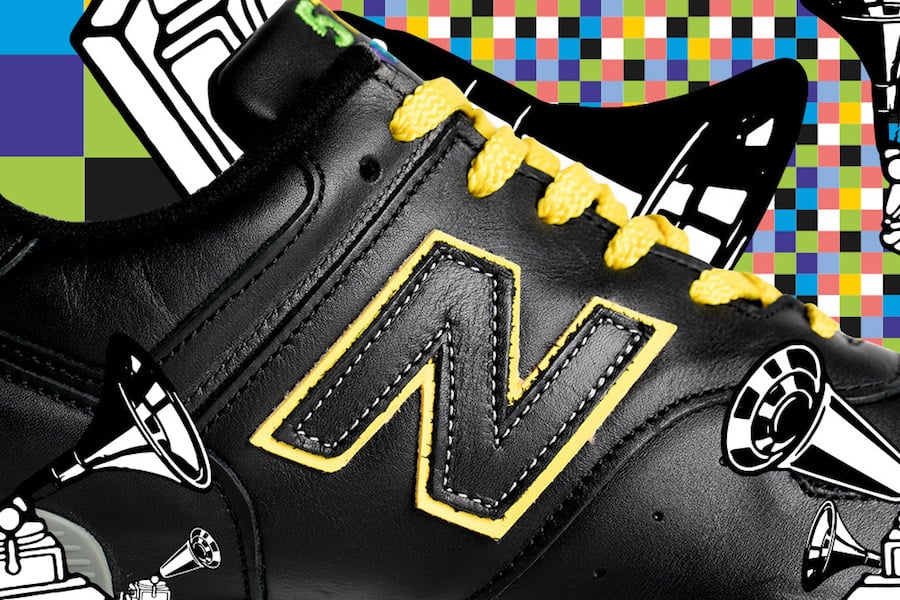 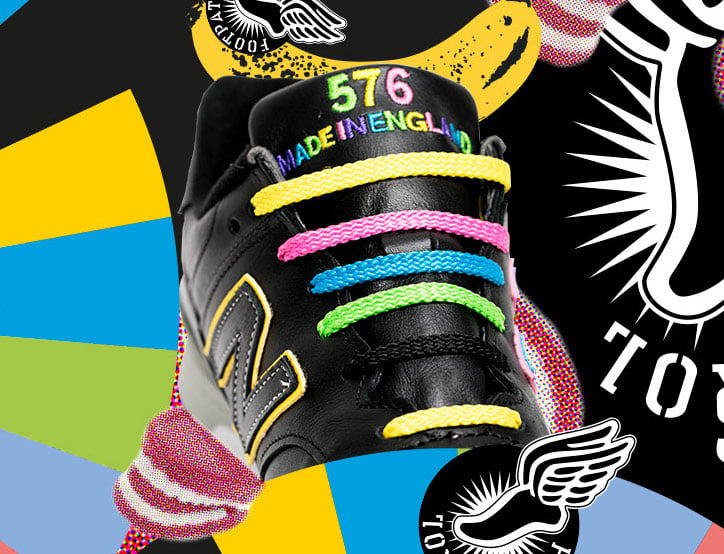 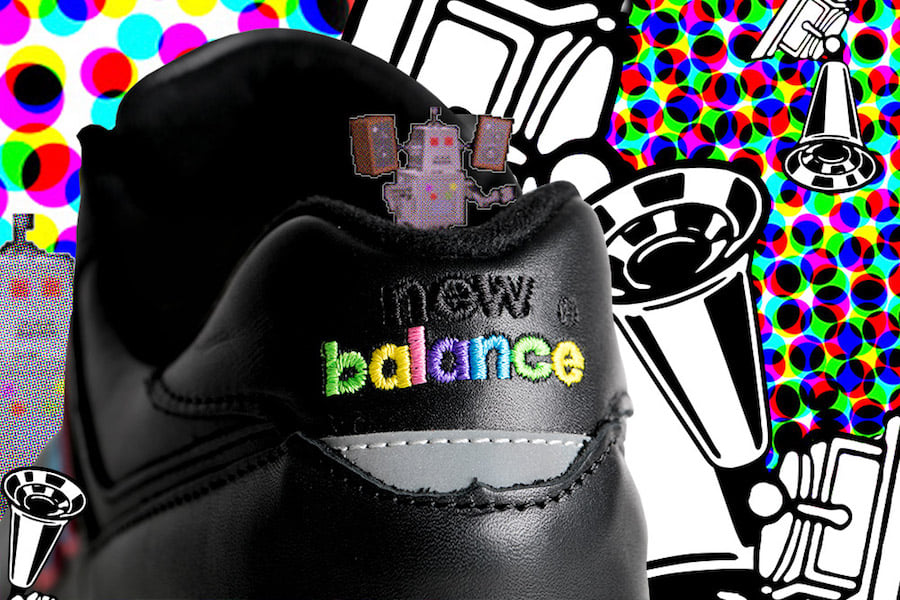