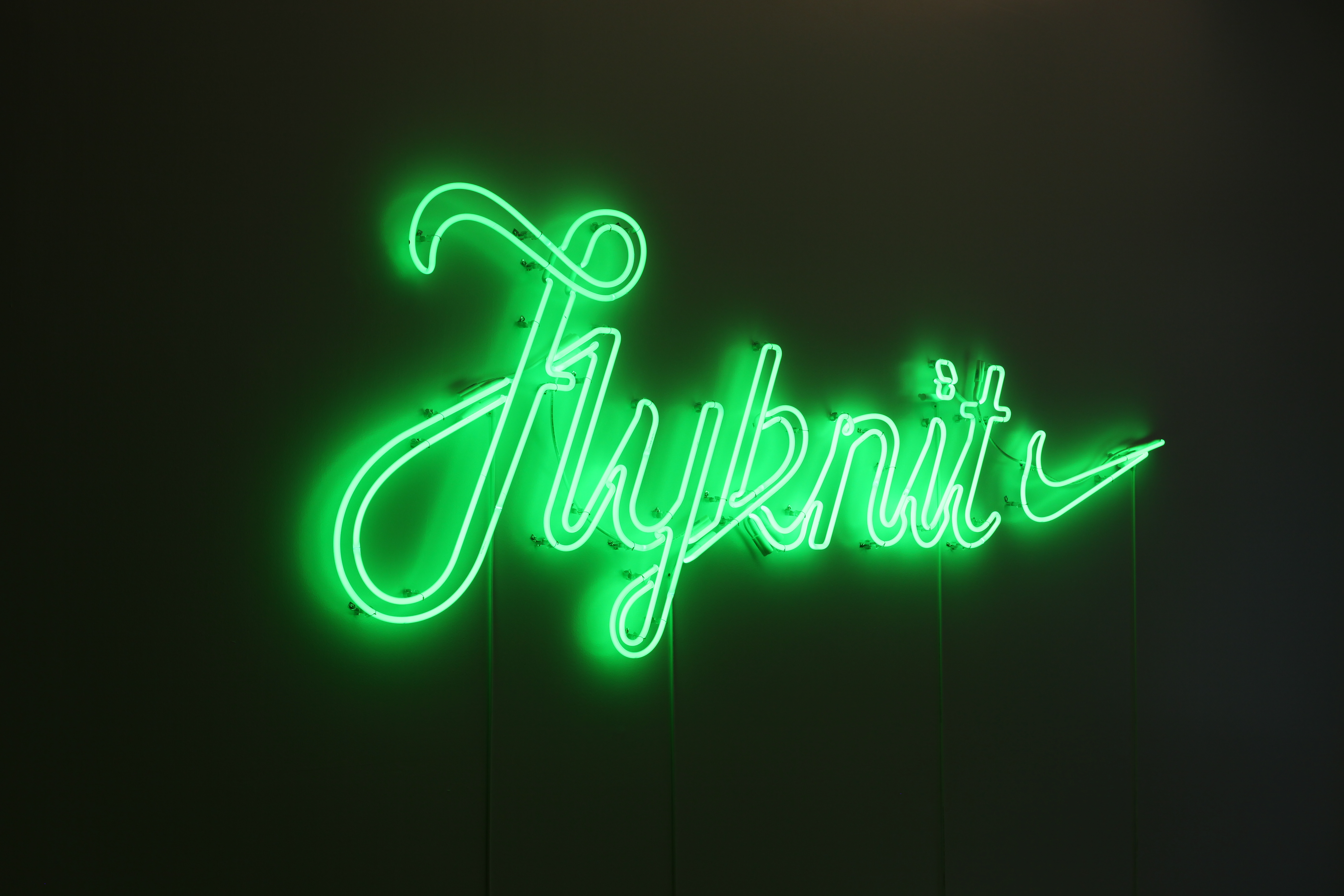 Athletes and Innovators from all over the Northeast met at Bowery Stadium to collaborate with architectural designer Jenny Sabin and creative leader from Nike Ben Shaffer.

The FLYKNIT COLLECTIVE projects join together movement and creativity to translate the benefits of Nike FLYKNIT (Performance, Lightness, Formfitting, Sustainability) into practical, physical structures that can enrich and transform local sporting communities.

Ben Shaffer, Studio Director at Nike’s Innovation Kitchen, shared the history and athletic inspiration behind Nike’s development of Flyknit. Jenny Sabin explained the connection between the insights that helped create Flyknit and the ways she explores data production from the body and to create structures in her own work.

Workshop participants were split into teams for a relay race around 3 NYC locations using Nike+ and Fuel bands to gather motion data. The relay data will be used to connect the physical activity of participants around the city to Sabin’s FLYKNIT COLLECTIVE project.

Relay participants also helped to brainstorm ideas for challenges presented to them, by Sabin and the Nike team. The day closed with an overview of the initial data visualizations from the relay run and outlined the next steps in the process, more of which will be continued at Workshop 2 in July. 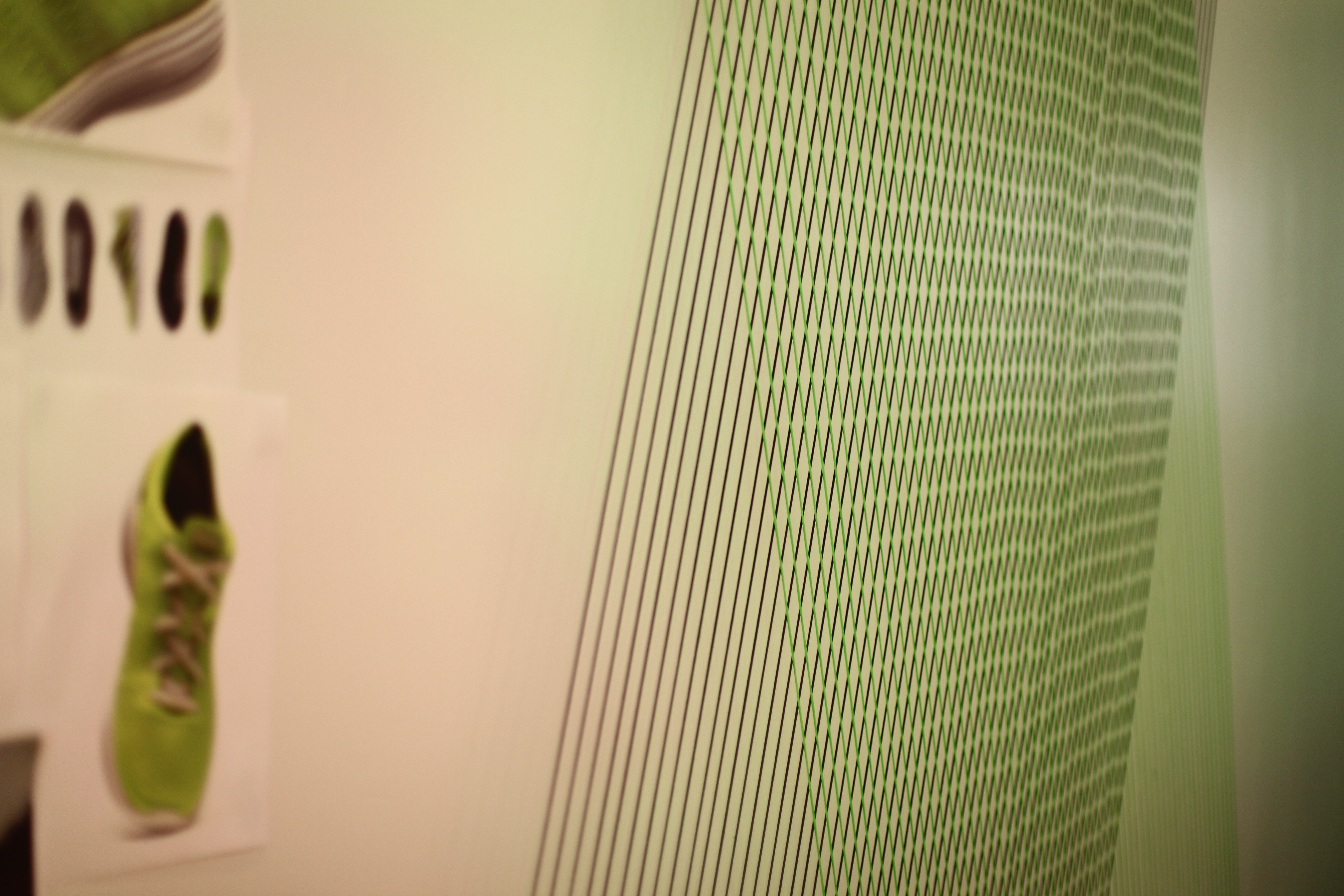 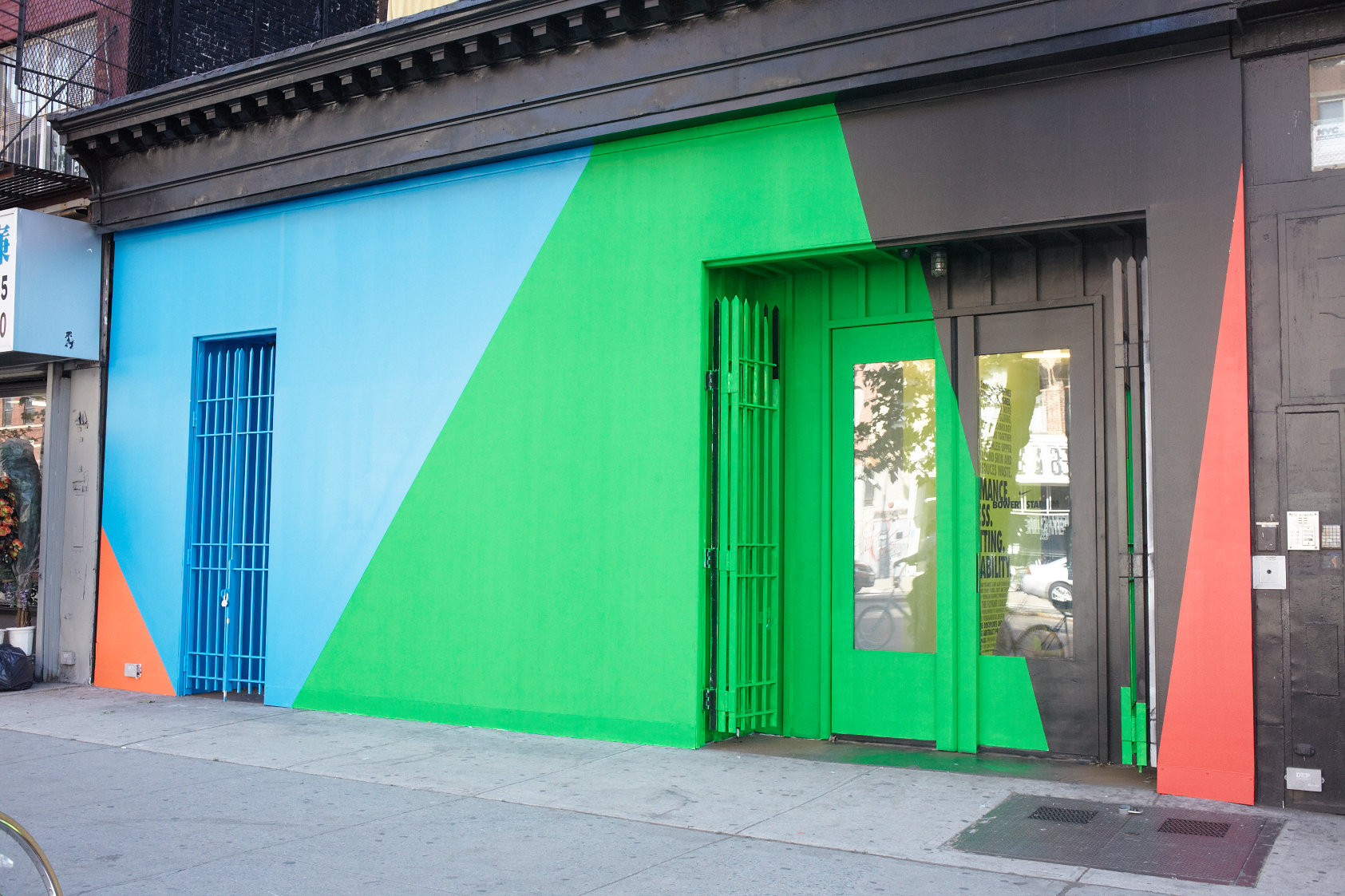 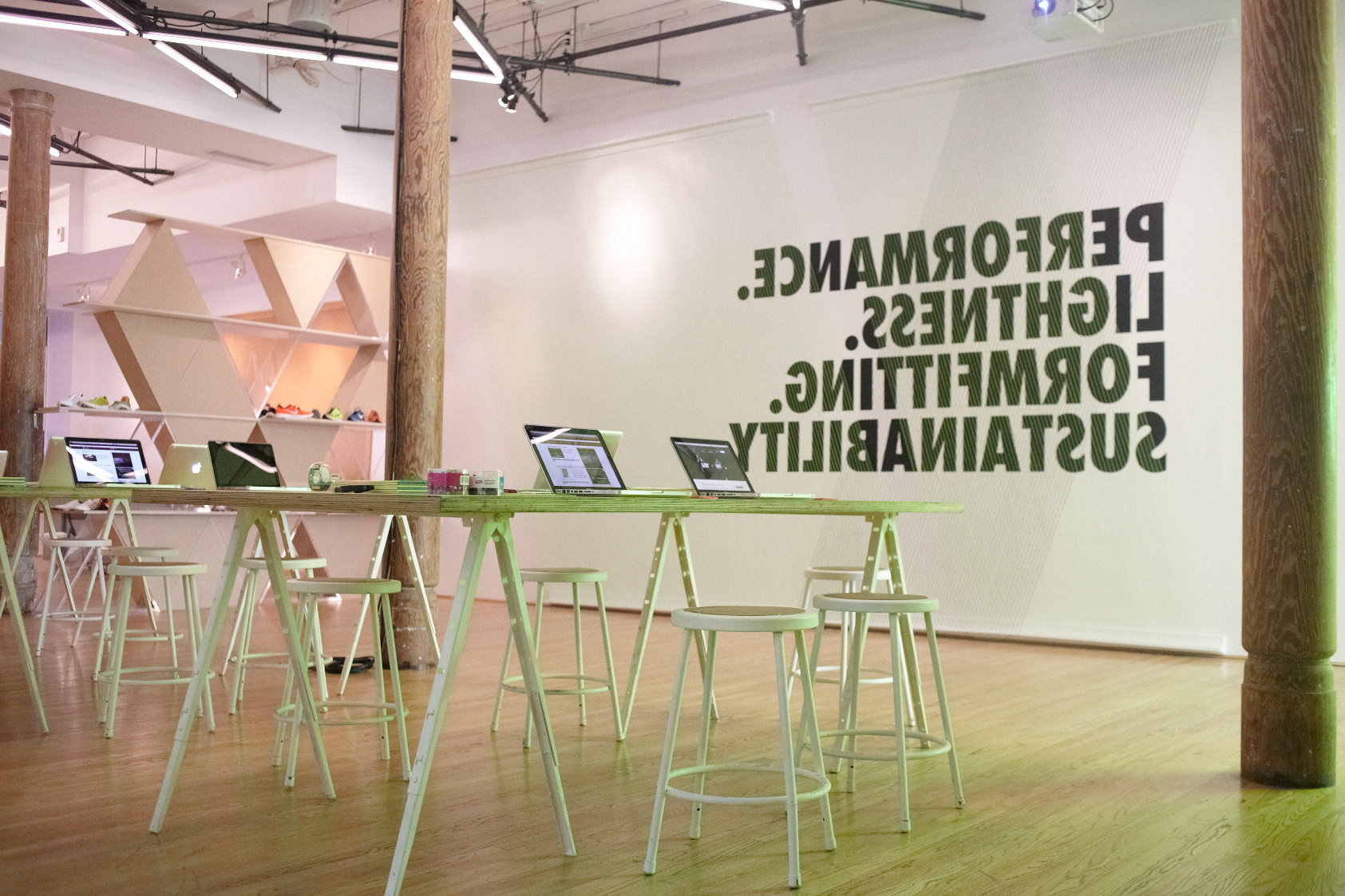 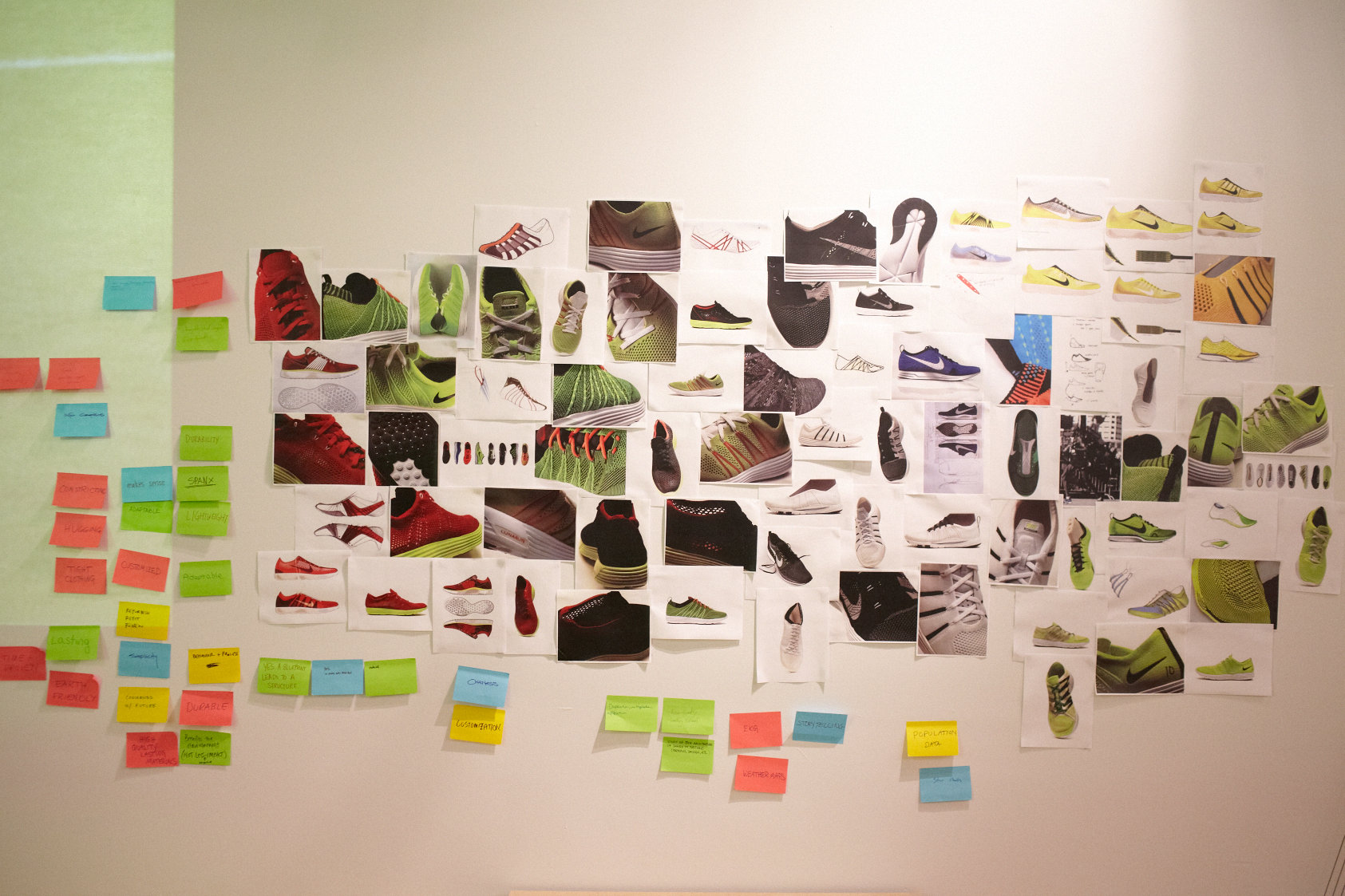 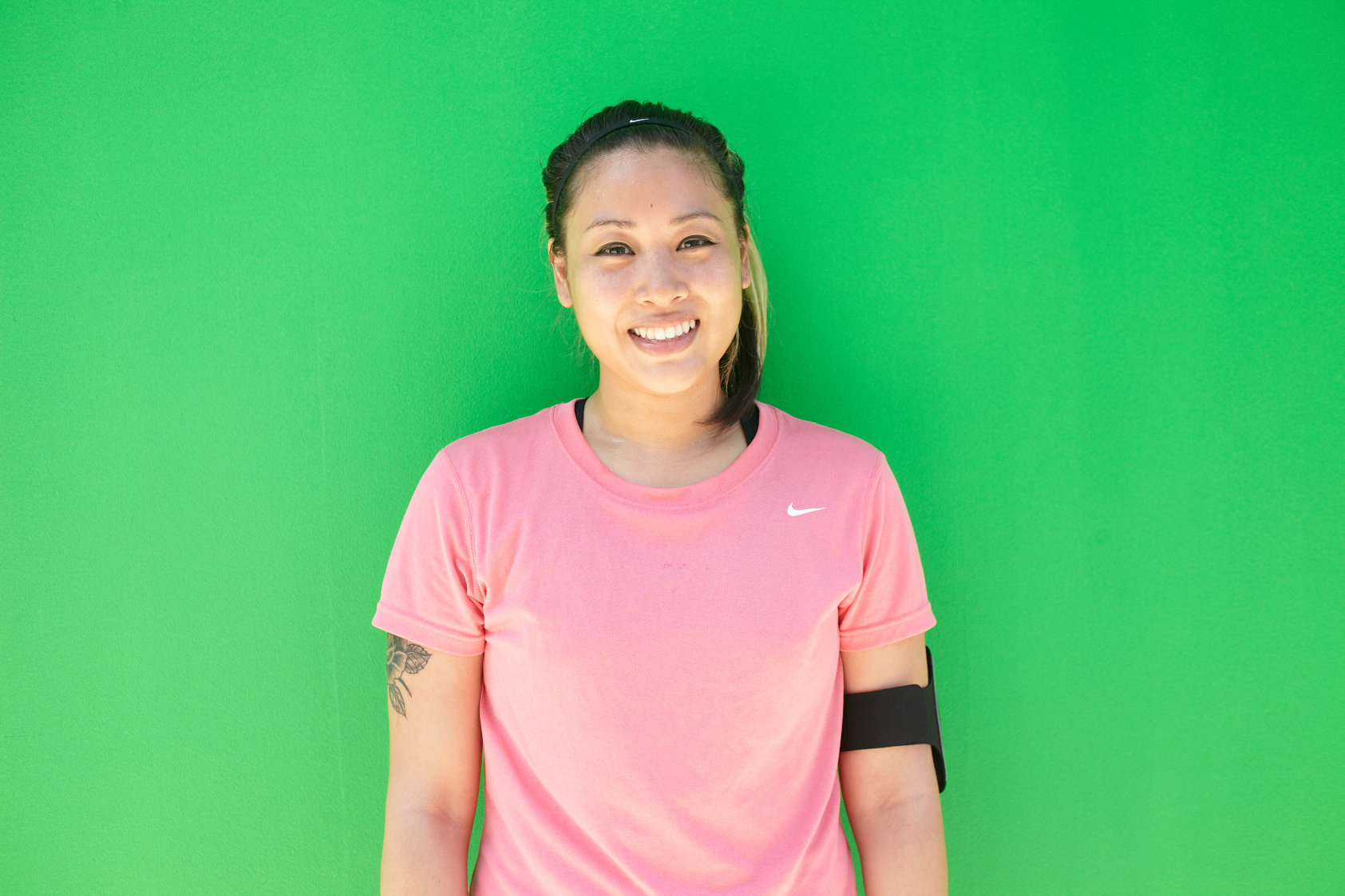 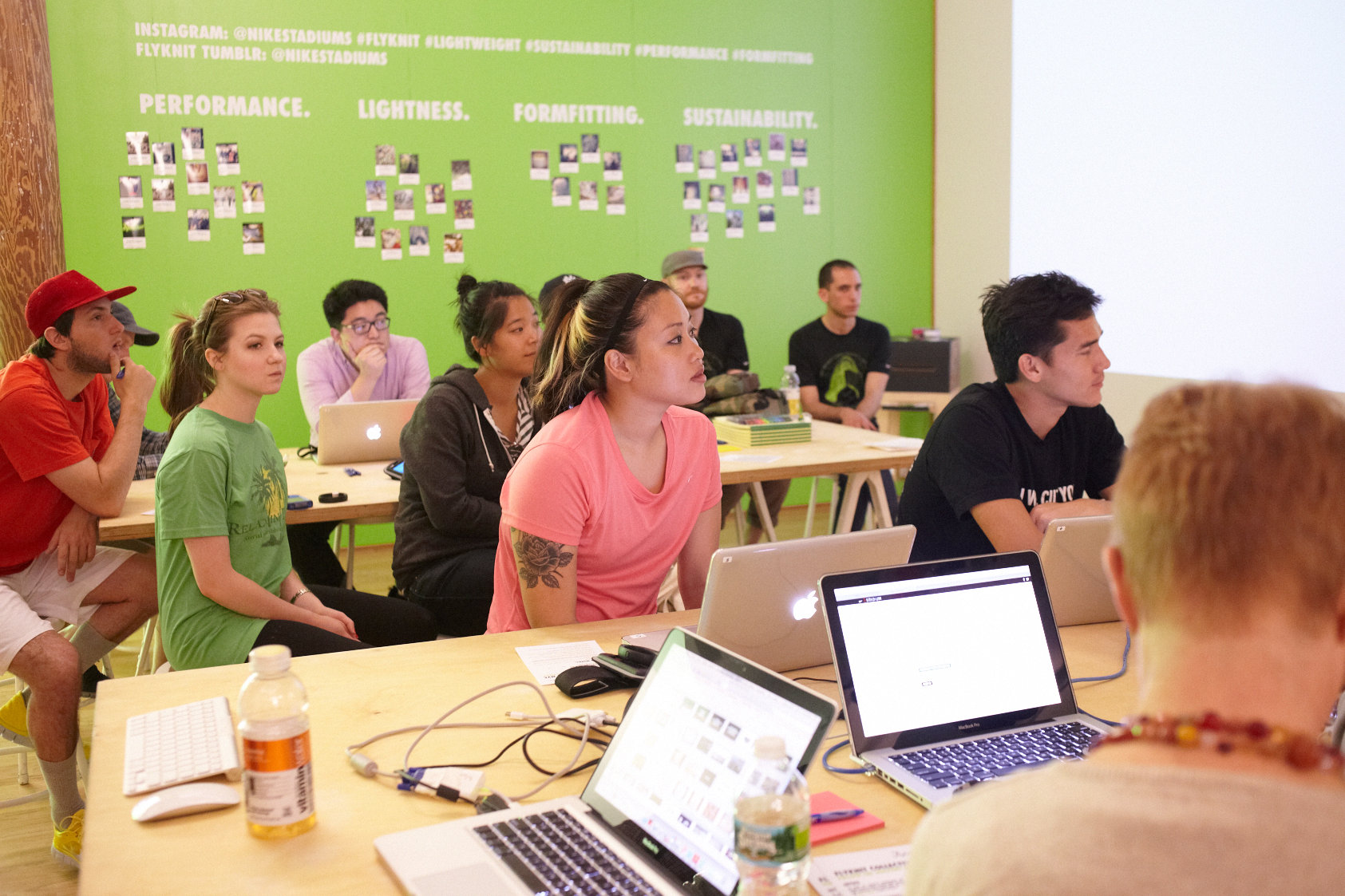 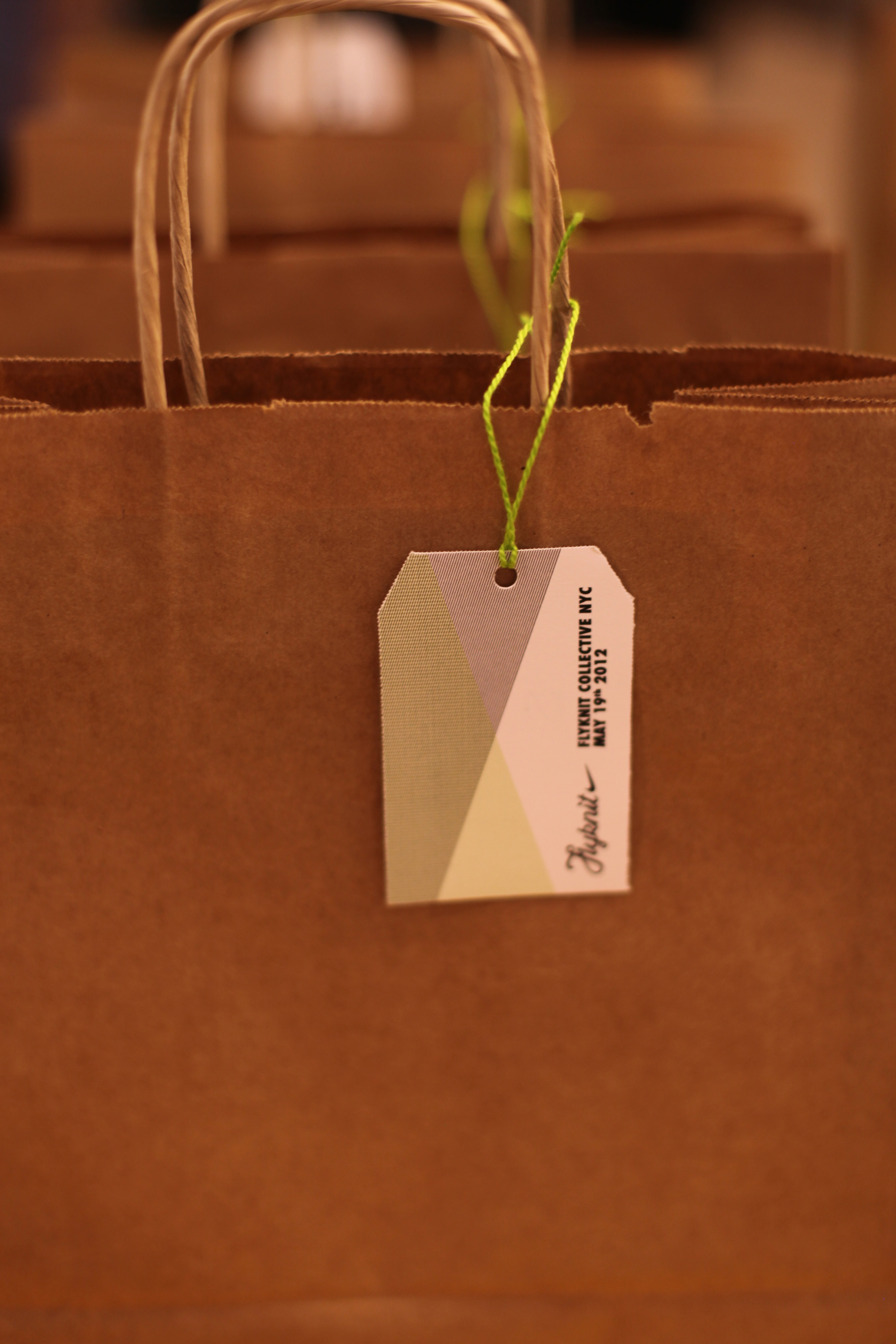 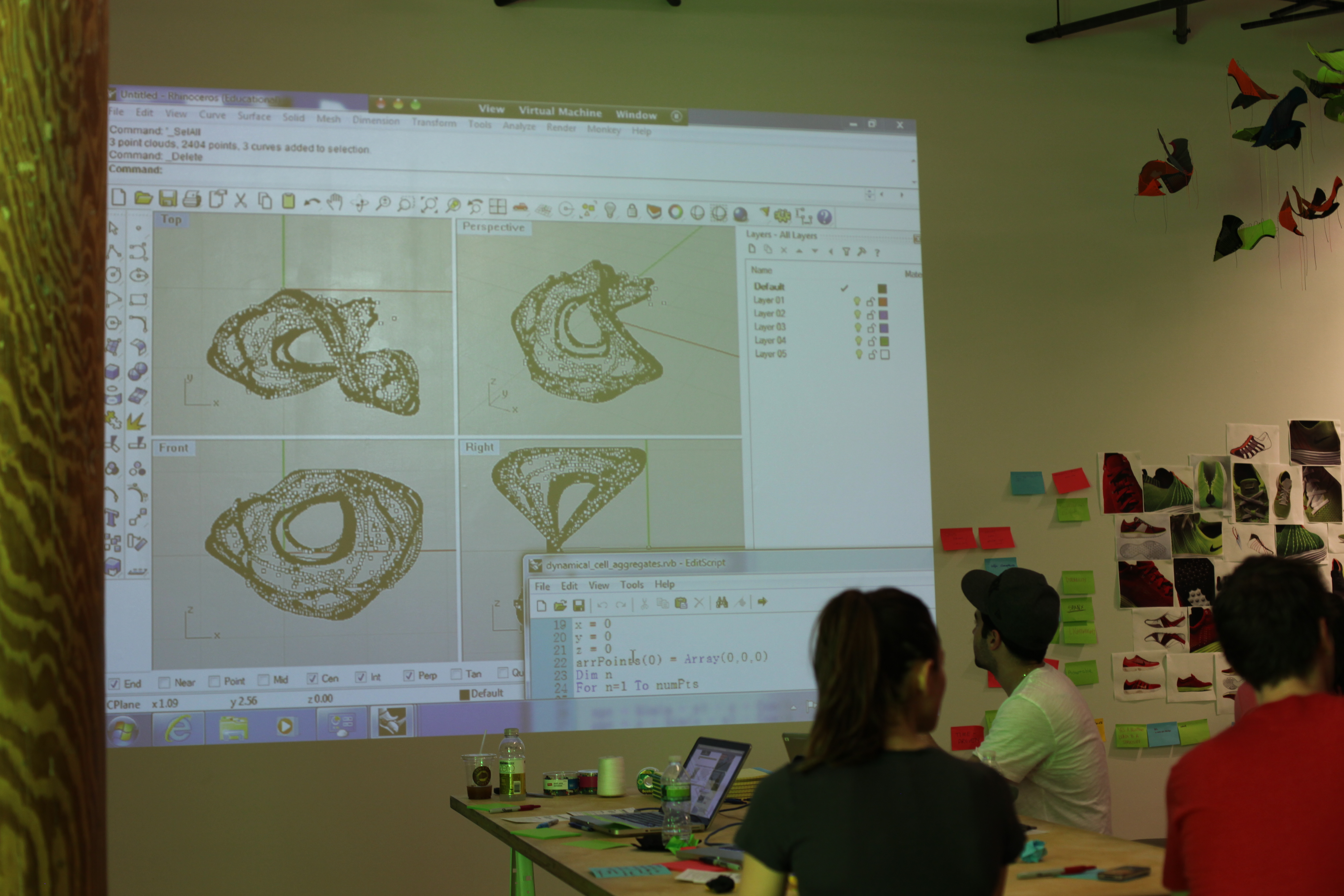