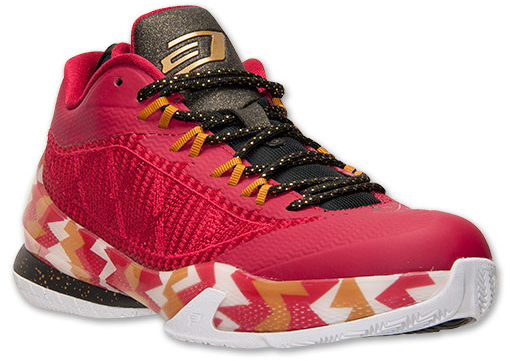 Jordan Brand is celebrating Christmas with their star athletes like Carmelo Anthony (Melo M11), Blake Griffin (Super.Fly 3) and Chris Paul who will have his latest model the CP3.VIII in the Christmas Spirit and now we have our first look.

Comparing to the Super.Fly 3 and Melo M11 Christmas models, the CP3.VIII probably represents the holiday the best. Featuring cardinal red all over the uppers, bronze lands on the CP logo on the tongue and eyelets. The tongue also is in black but has a bronze finish. White is plastered on the midsole while cardinal red and bronze are patterned in a zig-zag shape.