Like him or not, Fat Joe has an ill sneaker collection, lots of platinum, plenty of cars, nine studio albums, and of course, front row courtside Knicks tickets. Joe’s Jealous Ones Still Envy (J.O.S.E.) released in 2001 and went platinum. J.O.S.E. 2 dropped today and will likely sell more than any record that you made! Don’t hate the rapper, hate politics. Don’t hate on his collection, hate that you envy it. We are all Sneaker Heads, sneaker connoisseurs, sneaker collectors… whatever. Joe’s an aficionado like us and we respect his art and hustle… Who cares if he’s not the only one with Kobe Jordan VII PEs?! Do you have them? Respect was Joe’s first hit record, and it’s only fitting. Jealous people are weak. Congrats to Joe for the release of his 9th studio album.

Joe has been kind enough to hook up Sneaker Files 10 autographed copies of JOSE 2 to give to our readers. We will be giving the autographed CDs to winners of our Hip-Hop trivia competition on Twitter!

Be sure to follow @SneakerFiles and @JoeyCrackTS in order to qualify for the contest.

We only have 10 albums for the contest, so make sure to hit up iTunes, Amazon

, or the local record store to secure your copy. 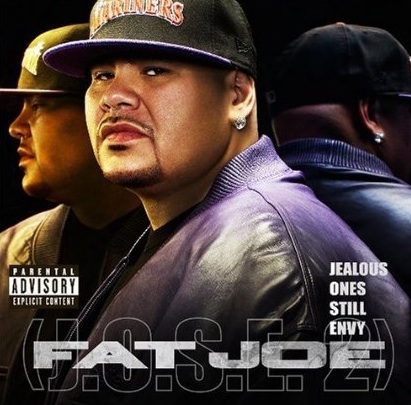