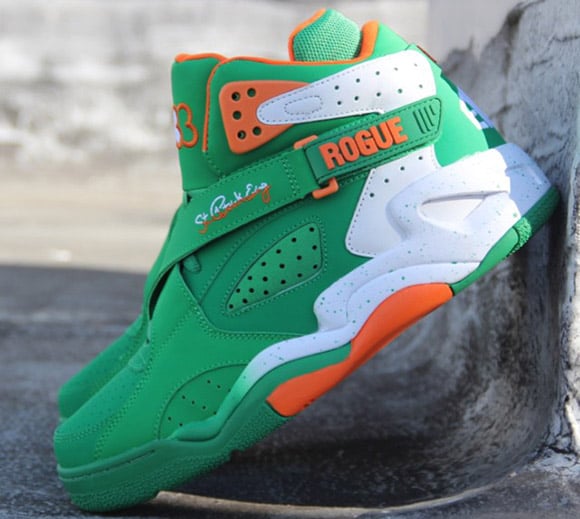 The first pair of St. Patrick’s Day inspired sneakers comes from Ewing Athletics and the model they have used is the Rogue. It’s possible other pairs may release but we are pleased to see Ewing Rogue in a green theme.

The St. Patrick’s Day Ewing Rogue features predominate green with a nubuck upper. Orange is spotted throughout while the back part of the midsole feature white with a green speckled overlay. The tongue uses Patrick Ewing’s number 33 but joining it will be a white clover.

There isn’t a release date yet, but the brand promised the Rogue ‘St. Patrick’s Day’ to release later in March but only in limited quantities. 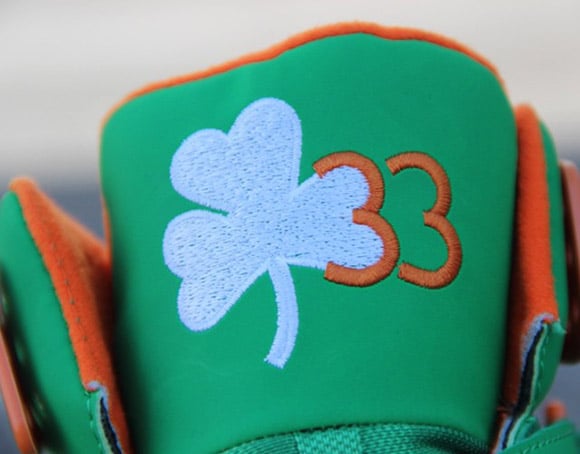