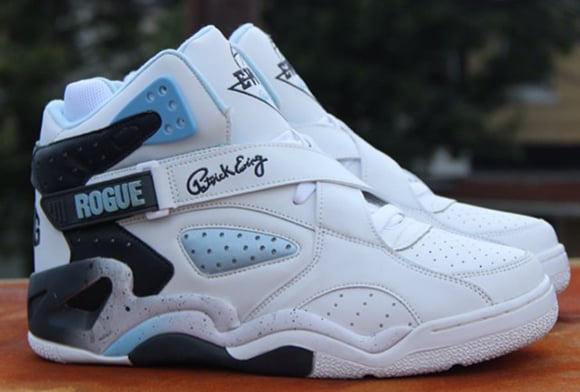 What was once known as the Rogue II, Ewing Athletics will reintroduce the model once again later this month but renaming them to simply Rogue.

2014 marks the 20th anniversary of the Rogue and although Ewing Athletics has not come out and say they are celebrating, fans of the brand and model will once be able to purchase again.

For the Rogue shown, it features a predominate white upper with shadow grey and light blue accents. You can see on the midsole the brand has used gradient blue and grey.

Ewing has said the Rogue Retro White/Shadow will release late this month. 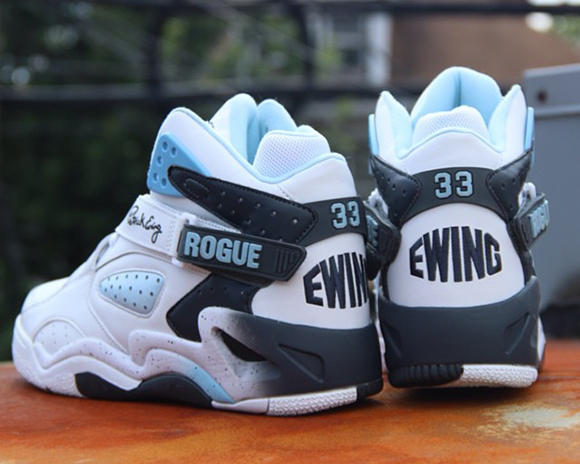