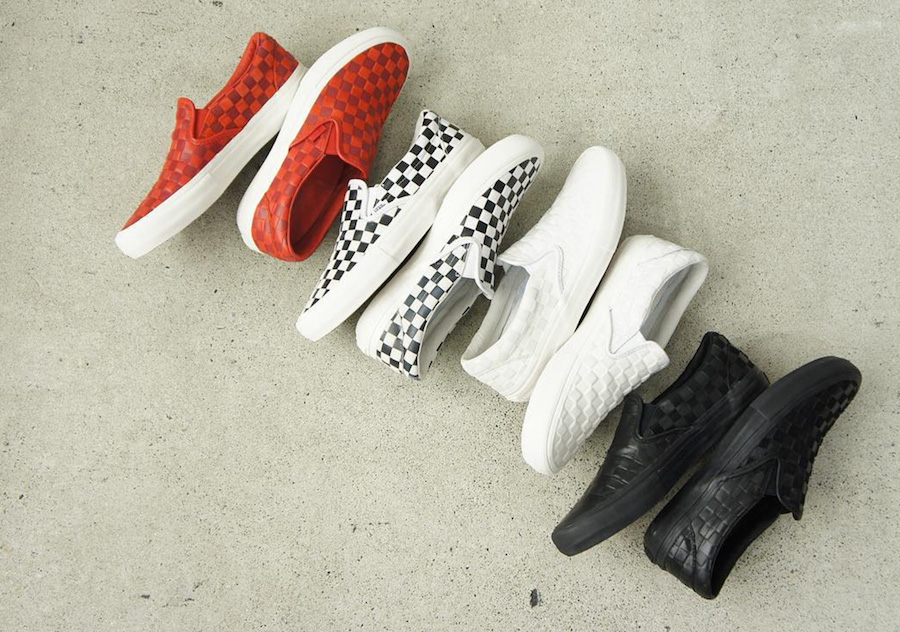 Engineered Garments was founded by Japanese designer Daiki Suzuki in New York and the brand is connecting with Vans to release a Slip-On Collection.

A total of four colors make up this collection which includes Red, White, Black and White and Black. Each Vans Slip-On showcased comes constructed with leather on the upper along with checkerboard print. Three out of the four will feature a White vulcanized midsole.

The Engineered Garments x Vans Slip-On Collection first released at the Nepenthes location in Japan on March 2nd. Following is a second release which will take place at their New York store on March 8th. Continue to scroll below to check out more photos which will provide you with a closer look. 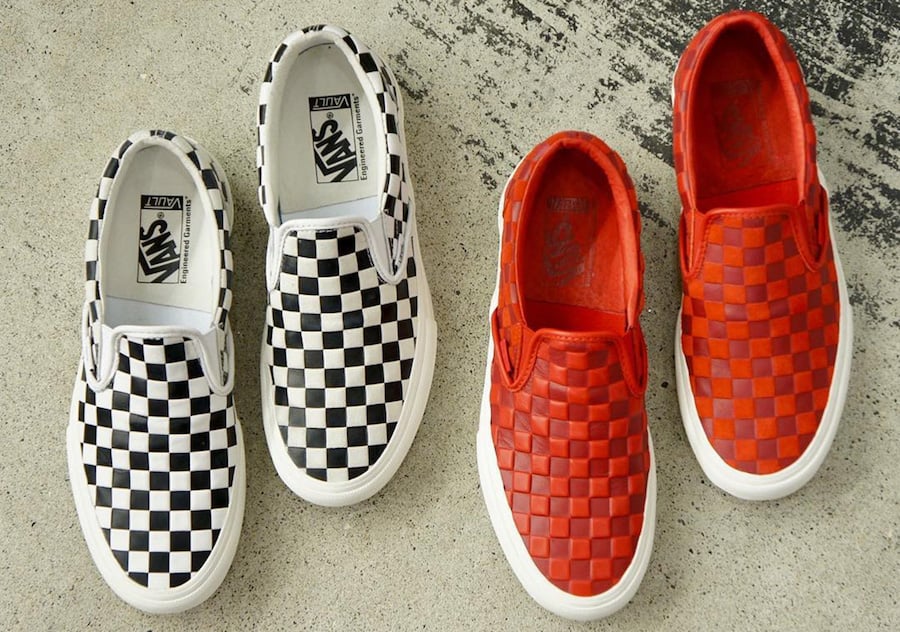 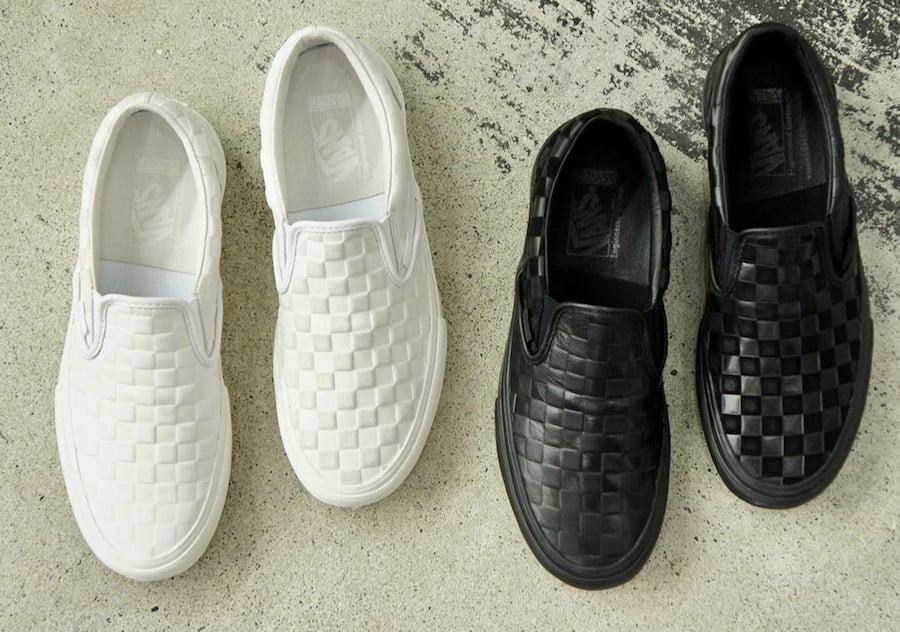