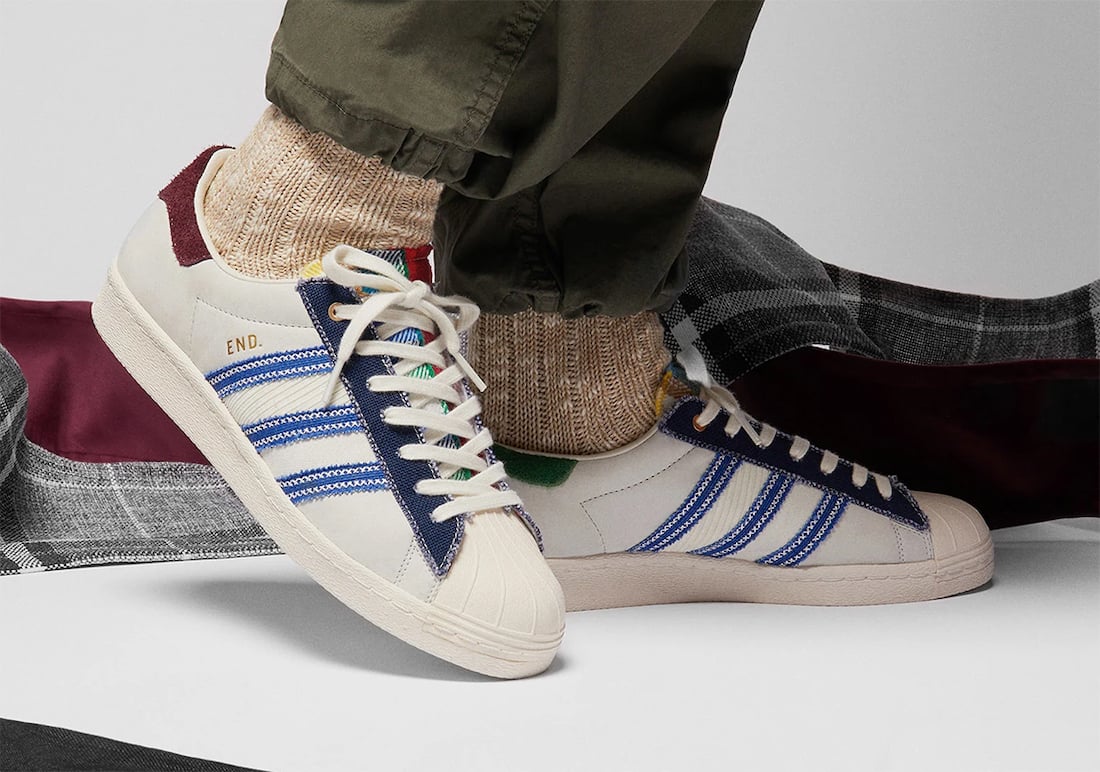 British retailer END. and sportswear stalwart adidas continue their collaborative relationship this season, teaming up to celebrate the anniversary of a sneaker icon: the Superstar. Headed into its 50th year, the high-flying basketball model is stronger than ever having solidified itself as a go-to street sneaker across the globe. This version, though, redefines the model’s superstar status with a distinctive asymmetrical design and Japanese-inspired details.

The iconic shell toe remains untouched, but the rest of the uppers are covered in an array of luxurious materials, from model-synonymous white leather to colorful rebuilt tartan and hairy suede, for a look that’s brimming with street sensibility. Sashiko-inspired overstitching adds a final Japanese edge, while gold foil details – including bespoke END. branding on the sidewall – complete the look.

You can expect the END x adidas Superstar ‘Alternative Luxury’ to release exclusively at END on September 18th. Retail price is set at $130. Below you can check out more images which will give you a closer look. 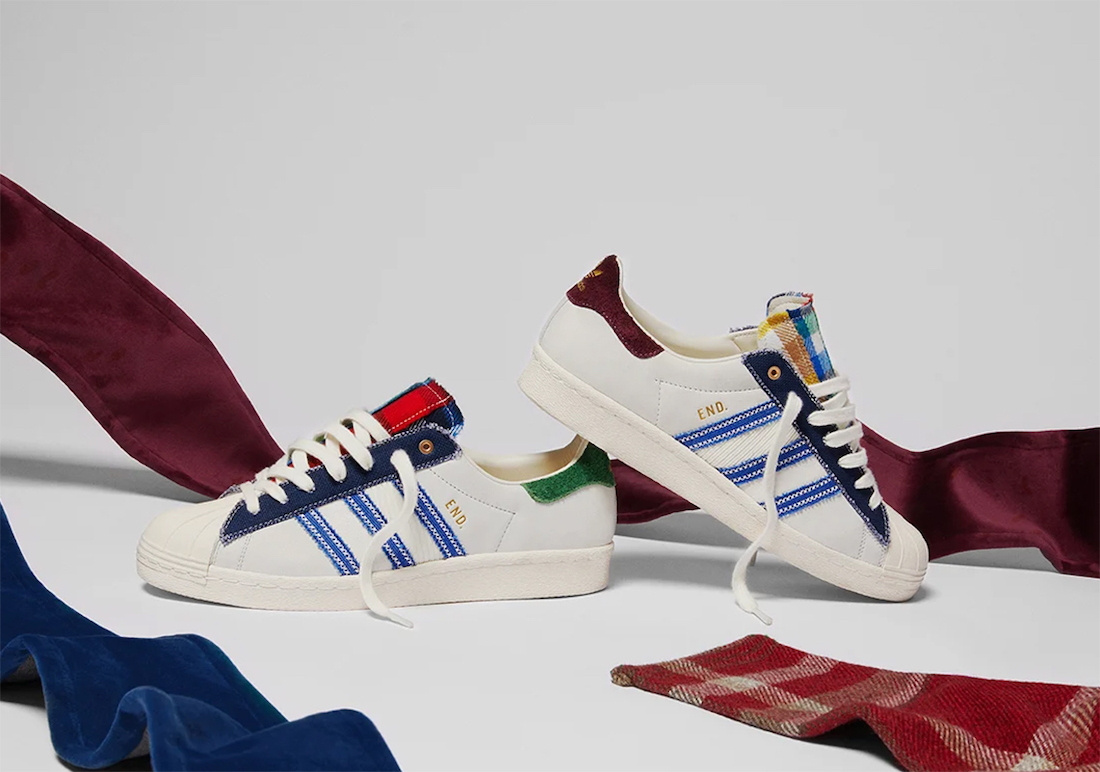 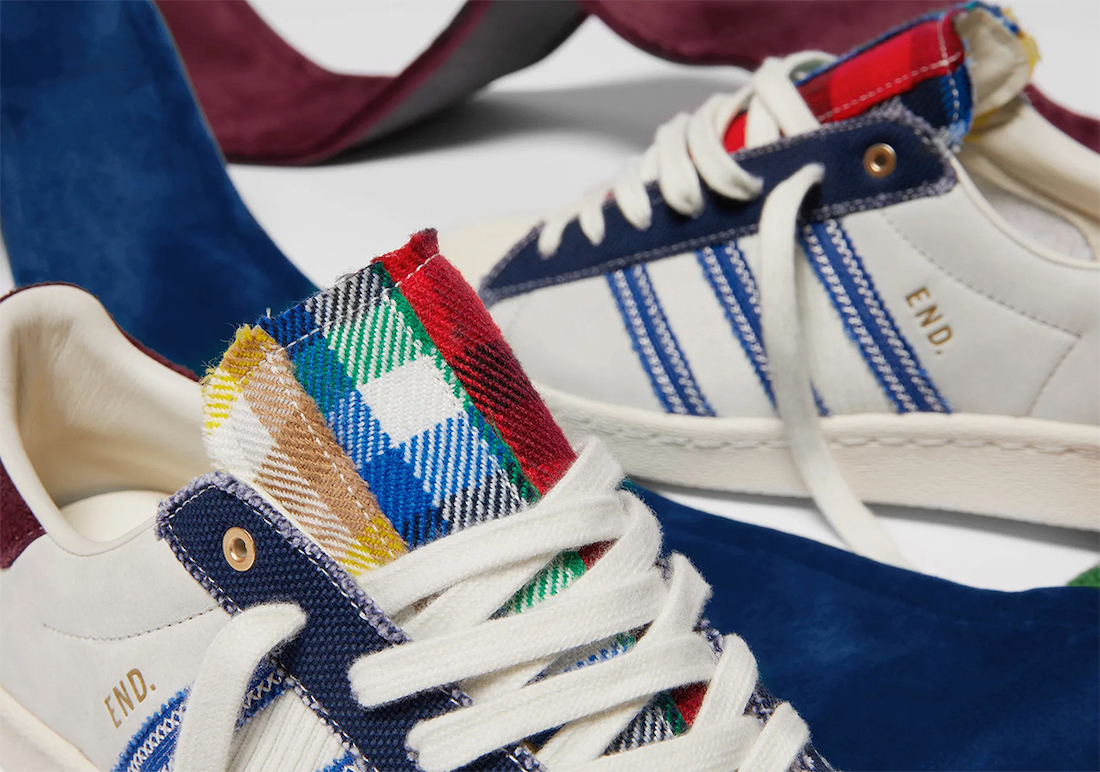 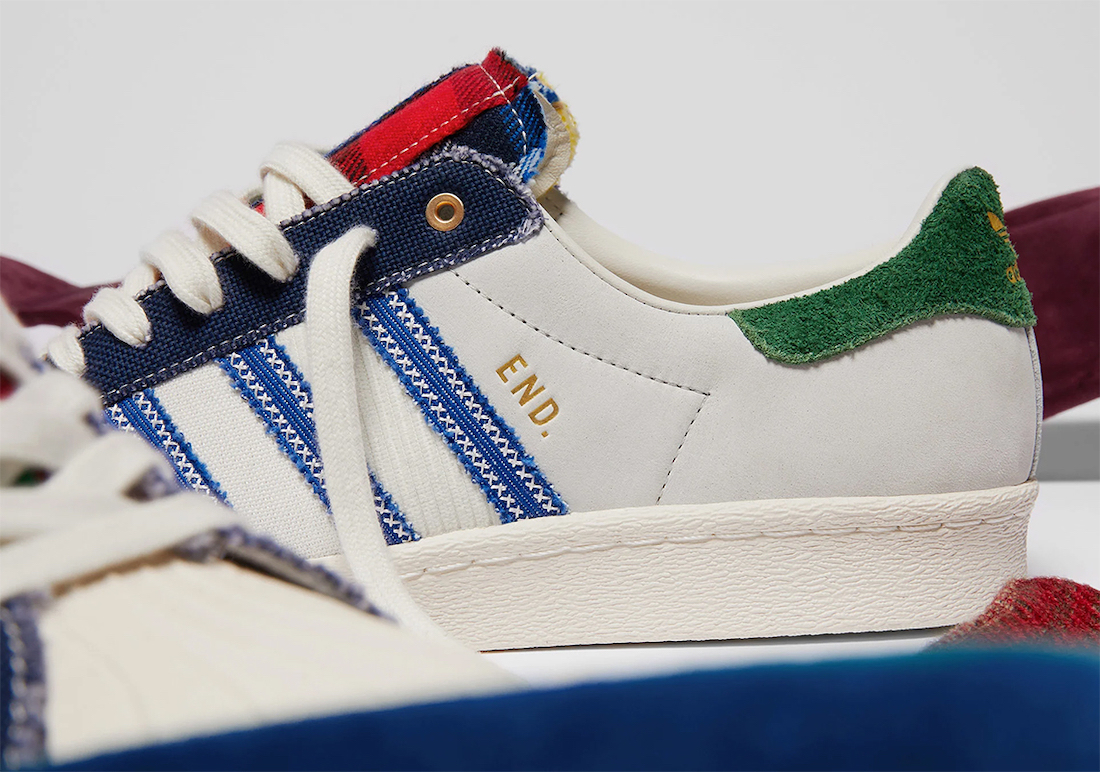 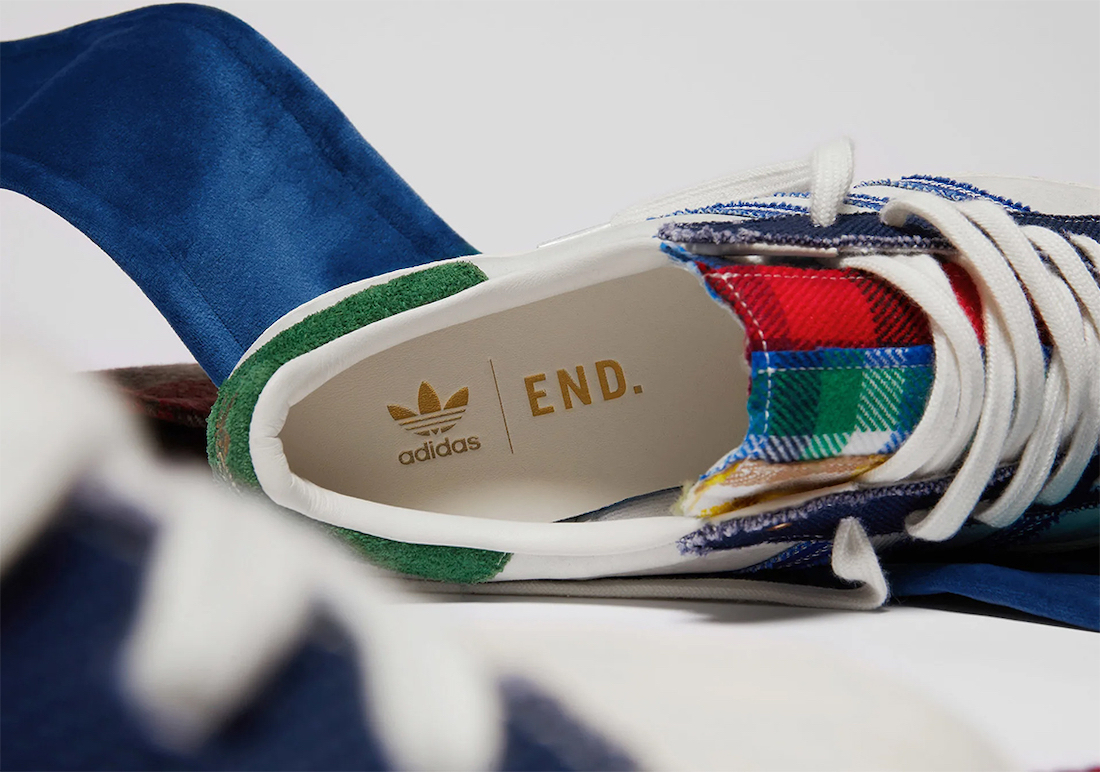