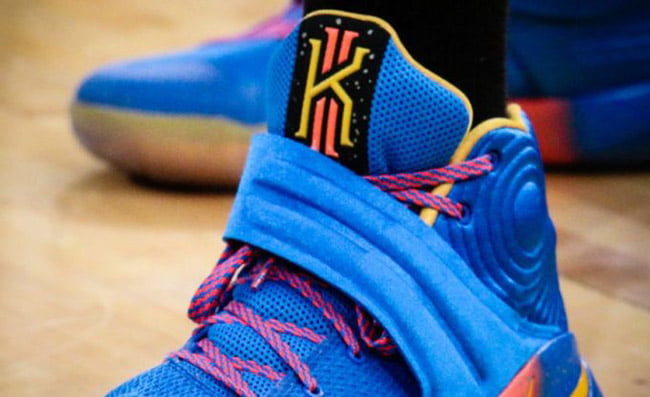 This Nike Kyrie 2 made for Elena Delle Donne features a color combination that perfectly matches the Chicago Sky jersey. Looking closer, the mesh over, base, strap, tongue and around the heel is done in Blue while an Orange to Yellow gradient lands on the midsole. Other details include Yellow and Orange accents on the branding, speckled detailing and a translucent outsole.

Below is a larger image of Elena Delle Donne’s Nike Kyrie 2 PE which matches perfectly with the Chicago Sky away uniform. Although this pair will not release, you might be able to design something similar on NikeID. 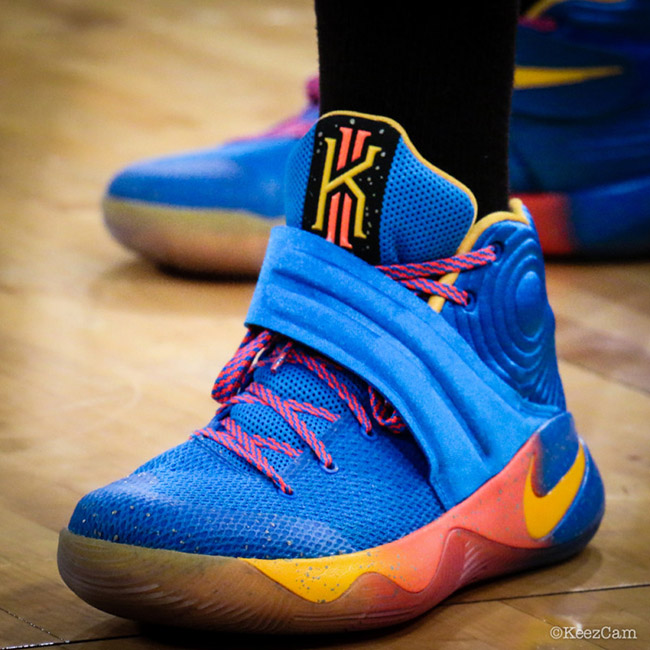