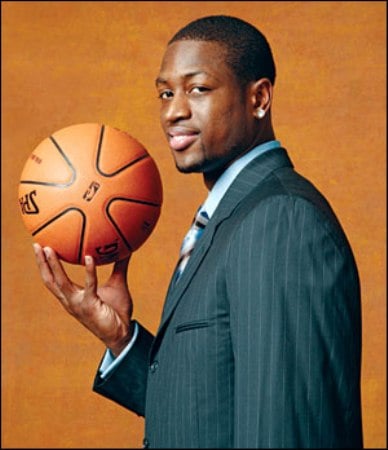 Michael Jordan was excited to add Wade to his roster, explaining, “I’m thrilled to have Dwyane Wade join the Team Jordan family. In his short time in the league, Dwyane has transformed himself into one of the game’s best and is the embodiment of leadership both on and off the court, a signature trait of our athletes. As the Jordan franchise approaches its silver anniversary, Dwyane will become a pinnacle member of the Jordan roster poised to help lead the Brand for years to come.”

Wade says the brand switch is a dream come true. “For me, the move to Jordan Brand is a dream come true. As a kid, I grew up on the south side of Chicago idolizing Michael Jordan and have worked hard to achieve the same success that he’s had on the court. I have enormous respect for this brand and all that it stands for. I’m humbled to be a part of the Team Jordan family and I’m looking forward to a great future.”