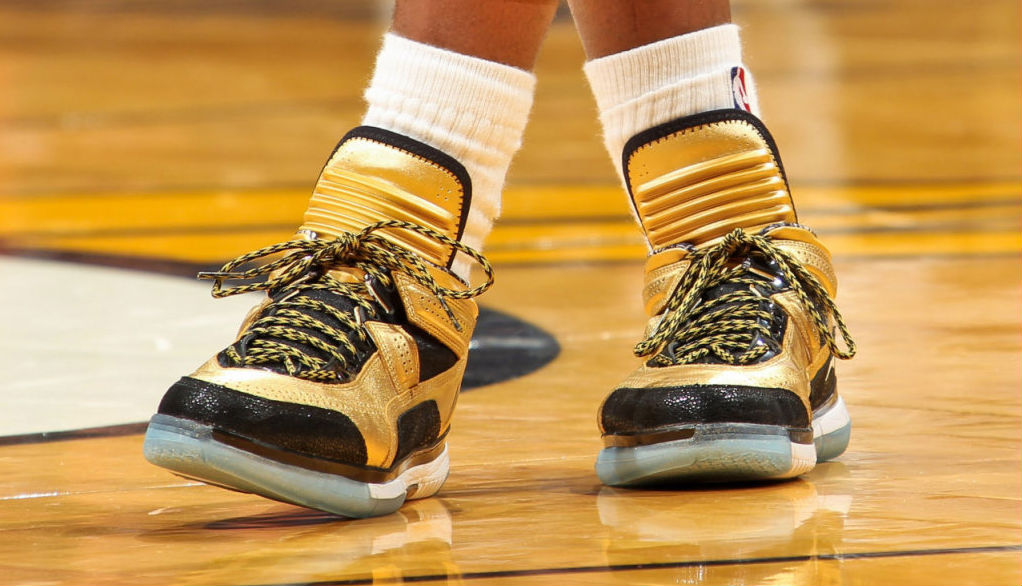 Whoa! It looks like Dwyane Wade is wearing the NBA Finals trophy on his feet by the looks of his new Li-Ning Way of Wade PE that he broke out last night during Game 1 against the Spurs.

Blame it on fatigue or whatever you want to call it but all eyes were on this gold and black iteration of Wade’s signature sneakers. With a gold foil-inspired upper, these PE’s steal the show with shiny black nubuck panels, white accents, a translucent icy outsole, zig-zag laces, and bold Li-Ning branding at each heel. Another “Whoa” might be necessary as a black and white patterned design can also be seen along the shoe’s inner lining.

If Dwyane Wade can bring his A-game to Game 2 like he did his kicks in the Finals opener, maybe…just maybe the Heat can get a win. Don’t count Parker and company out though, those boys are on a mission. Stay with Sneaker Files for more Finals on-court coverage and check out more of the Li-Ning Way of Wade PE  “Gold/Black” below. 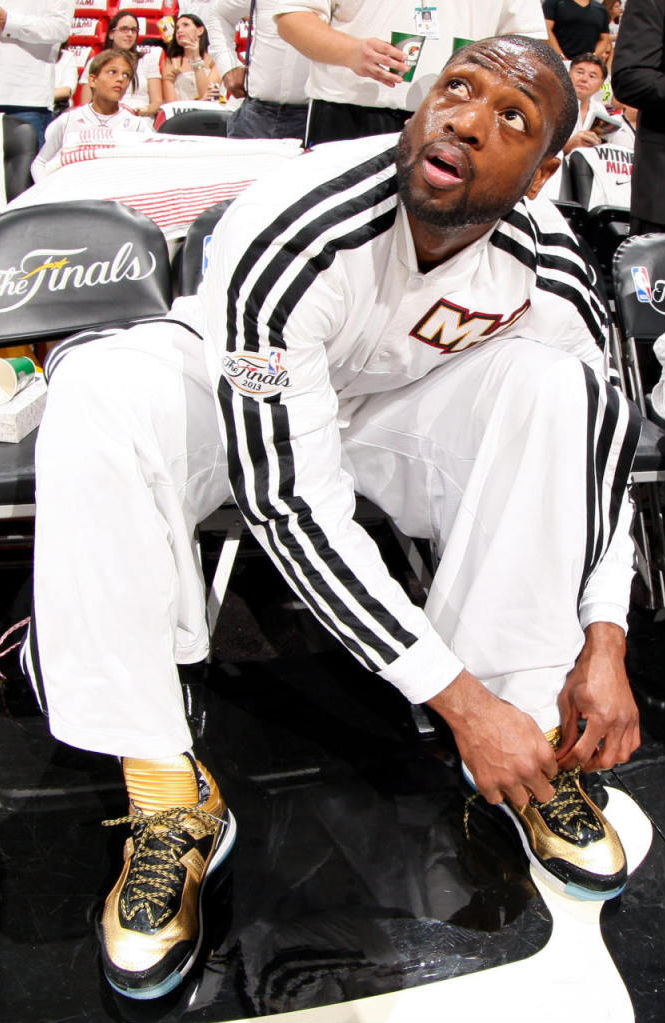 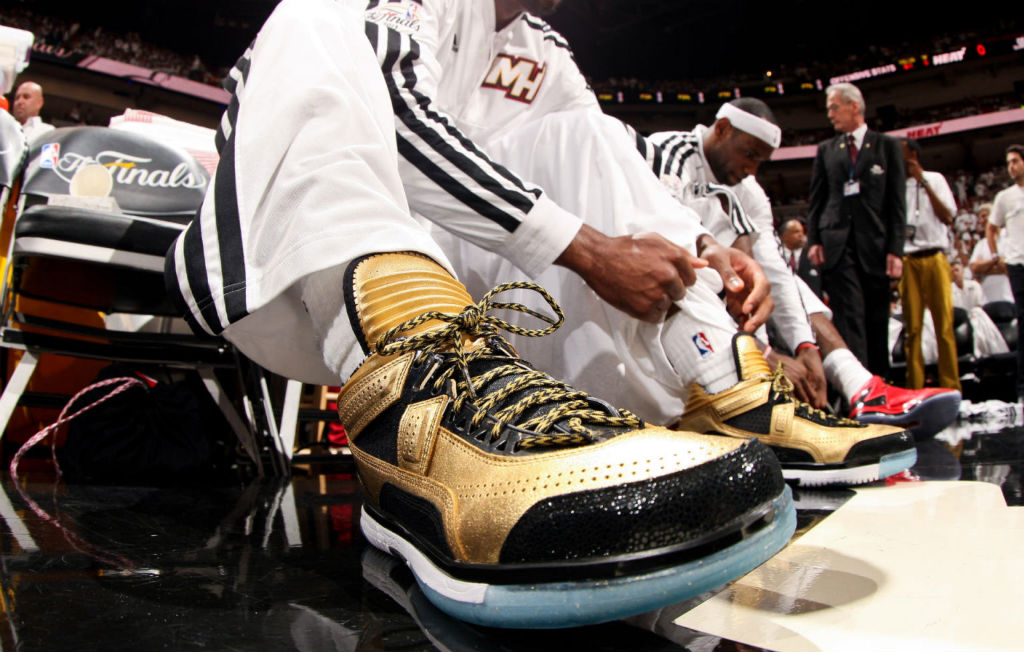 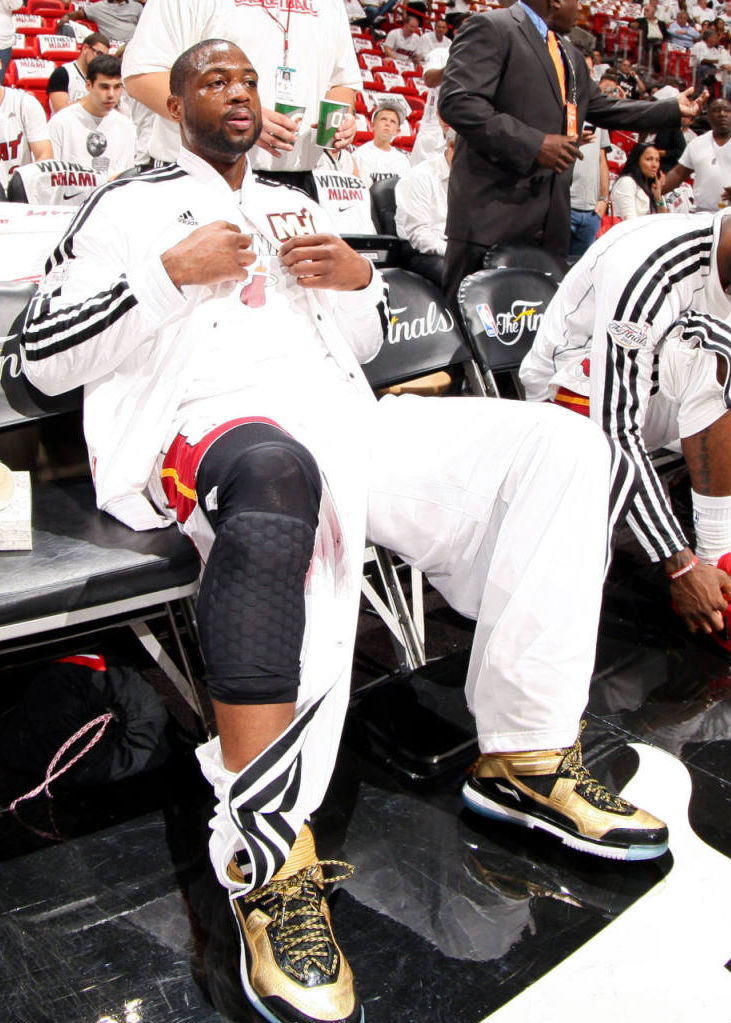 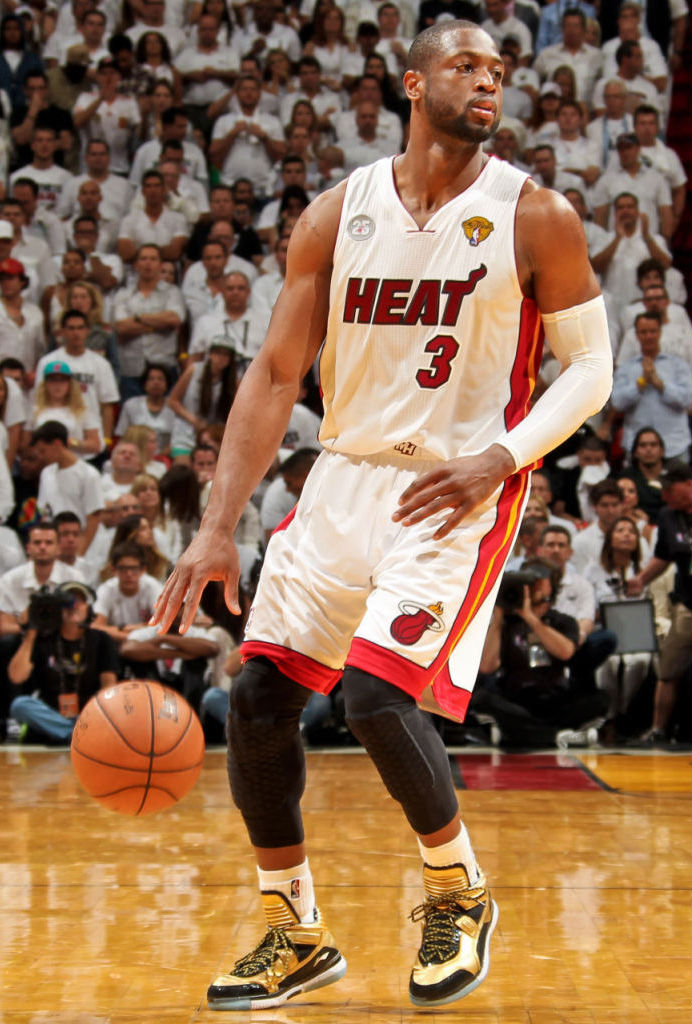 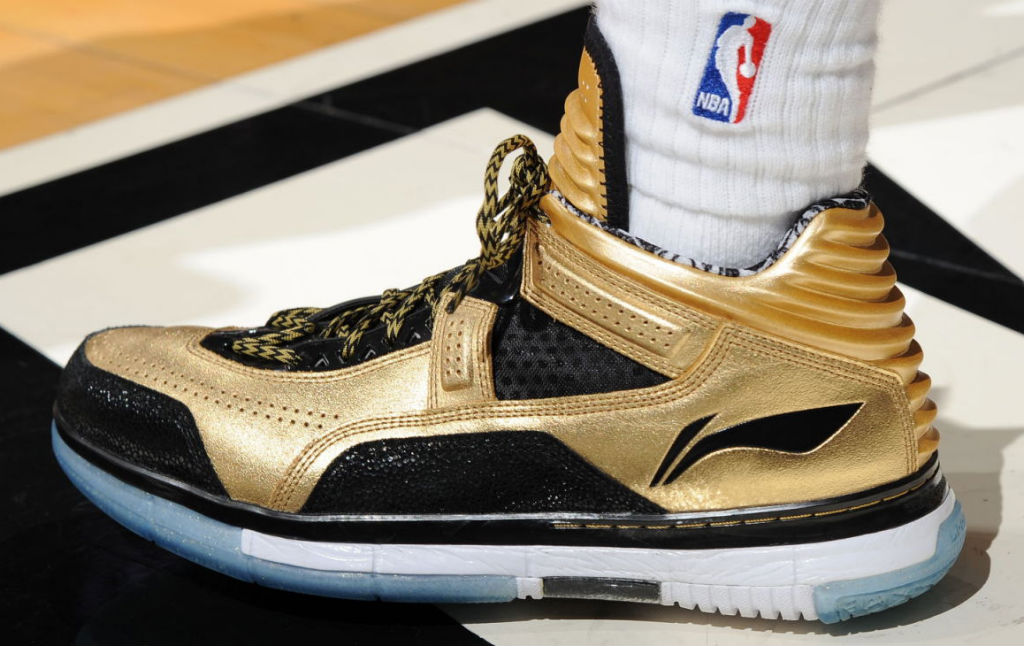 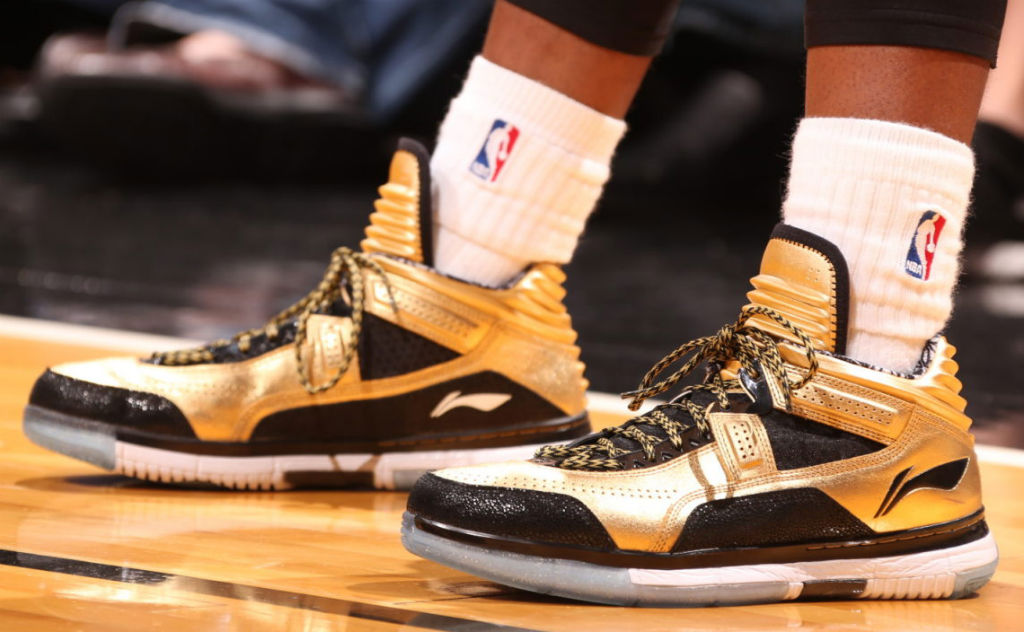 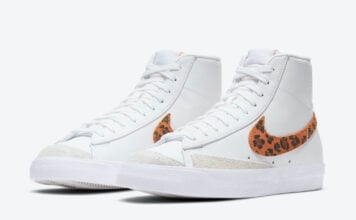