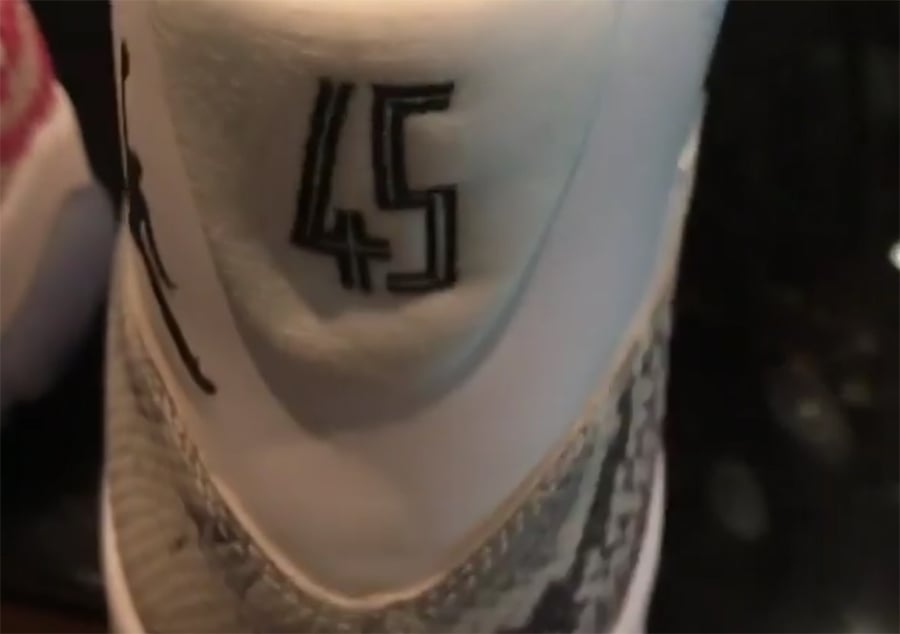 Drake who is no stranger to receiving exclusive Air Jordans recently shared some gems via Instagram. He recently showcased two Air Jordan 11 Snakeskin colorways as well as the Air Jordan 5 Tokyo, however this edition had a Black midsole.

Both the Air Jordan 11s shown feature Snakeskin where the patent leather would be while done in mid-top form. One features shades of Pink while the other is highlighted with Grey. Finishing the two is the number 45 stitched on the back heel. In addition he shared the Air Jordan 5 Tokyo, but his pair has Black on the midsole. The original release took place in 2011 and used White on the midsole.

Below you can check out a preview video of Drake’s exclusive Air Jordans. At the time of writing it doesn’t look like any of the pairs will release, but if something changes, we will make sure to update you.