Don C Talks About Possibly Designing the Air Jordan 3, 4 and 5 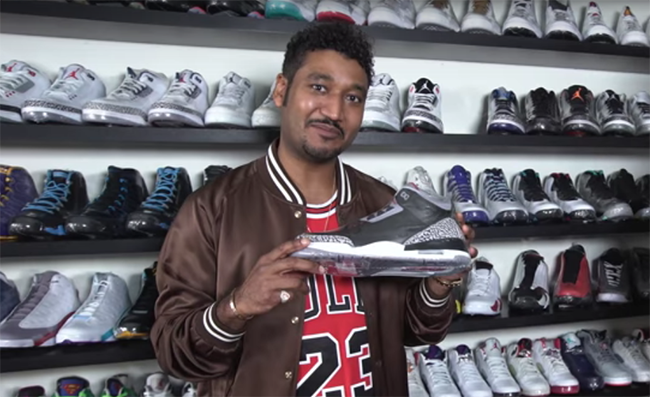 While we are getting closer to the Just Don x Air Jordan 2 ‘Beach’ to release, Don C recently went sneaker shopping with Complex at RIF LA. Not only did he pickup some classics, he talks about growing up in Chicago during the Michael Jordan era and much more.

In the video, Don C talks about why the Air Jordan 2 is a perfect fit for his collaboration, as the Jordan 2 was the first sports shoe that combined luxury with an on-court approach. He then proceeds to talk about designing the Air Jordan 1, which was a charity auction release. The most interesting part of the clip is when he says it makes sense to go to the (Jordan) 3, the 4, the 5 etc. This could mean that aside from the two pairs of Air Jordan 2s he designed, we may see more collaborations on different models in the future.

He goes on to talk about the competition with him and Kanye West but shuts it down real quick to say that no one can compete with Yeezy. He is also a fan of the Kobe and LeBron line but doesn’t connect with him. He also adds they will be more appealing 20 years from now.

The full video of Don C going Sneaker Shopping at RIF LA can be seen below. Also you can check out which pairs he picked up and how much he spent.