When we first posted up the pictures of the Nike Air Trainer 1 from the Nike 112 pack, were told to take it down. A few weeks later, we had permission to post the pictures again. Following the reporting of the Air Trainer 1 came two other models from the 112 pack, the Air Max 1 and Air Force 1. All three styles featuring a black and neon color-way, reflective material along with elephant print. The 112 Pack will be released at Proper on Saturday, July 12th. 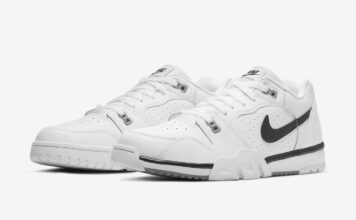