Discussion: Was Only a Matter of Time 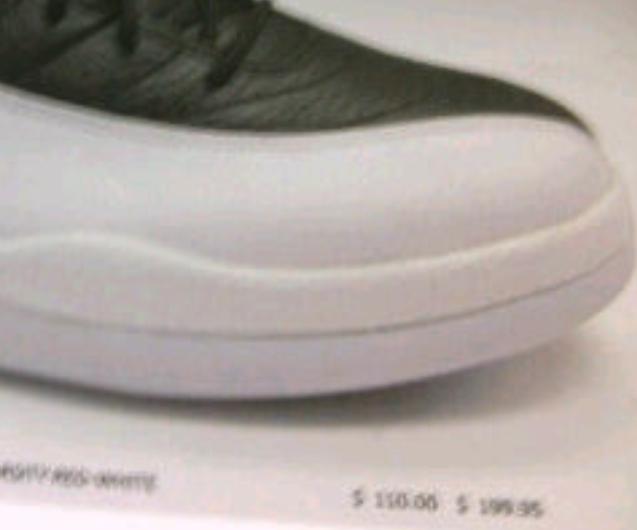 Earlier this week catalogue images for the 2012 Air Jordan XII Retro lineup were featured around the web. While being able to purchase one of my personal favorite sneakers one more time, something was brought to my attention that just made me cringe.

We have already been dealt a $10 increase on Retro products which will continue into early 2012. Ten bucks… not that bad when you think about it I suppose. However, it is the retail price attached to this new wave of Retro models that has me a bit irritated.

If you didn’t know, the look book images had MSRP’s for GS and Men’s sizes. The MSRP for the Men’s Jordan XII Retro models set to release in 2012 had been noted as $199.95. Yes, you read that correctly… $199.95 for the Air Jordan XII Retro next year…

To be honest, my first thought after seeing the price was “greed is overshadowing the legacy”. After giving it some thought I’ve come to the conclusion that WE are the cause of all of this… and by “we” I mean all of us; Sneakerheads, resellers, blogs and most of all… the early sellers.

With more early sites popping up and selling sneakers months in advance, one thing is drastically obvious… we as consumers are impatient and frivolous. We pay ridiculous amounts of money for shoes to be sent to our door months prior to release date. Not only do we purchase these shoes early for insane prices, we receive products that are not authorized by Nike/ Jordan Brand… what does that mean? It means that every pair bought from an early site goes straight into the pocket(s) of some person that has no direct affiliation with Nike/ Jordan yet is allowed (by those who run the factories) to obtain pairs of poor quality for bargain prices. Once a pair is purchased that money was potential profit that Nike/ Jordan are missing out on.

Here is a brief example. The Air Jordan X Retro in the OG Chicago colorway is already for sale on early sites. These shoes will retail for $160 come January yet are listed anywhere between $250-400 per pair depending on the site/ seller. None of the revenue earned by the sale of the early shoe goes toward Nike… So, if there are groups of individuals willing to pay nearly double just to get a shoe early… why the heck not charge more money for the actual retail products? Business wise, it would be foolish not to increase prices to maximize profits if others are doing it, especially if said people are doing it with your product without your consent.

Now, in the future, if an early site gets their greedy little hands on a size run of early production pairs and decides to sell them off… they would most likely increase their prices as well to keep up with the inflated prices set by Nike. This would hopefully cut down on the number of products sold early thus forcing consumers to purchase directly from authorized retailers in order to obtain their products, which is exactly what they want and exactly how it should be.

This shouldn’t affect resellers too much, although the prices we pay to resellers have also been a good indication to brands that we are willing to pay more while they initially charge us less.

Being willing to paying $175 for Bins, YOTR and Ray Allen PE’s hasn’t exactly helped us either.

Overall, we as consumers have brought this upon ourselves. We as blog/ news sites have also caused this to escalate… if it weren’t for us using the early seller’s images to show you the product(s) in advance, they wouldn’t be a popular option to purchase sneakers.

Was the price listed on the images false? Possibly a typo… I sure as heck hope so. If it isn’t… we can only look at our own reflections and lay blame upon ourselves.

In a previous Discussion I called us all “Air-heads”… we’re about to be floating sky high.