Discussion: Hot or Not? 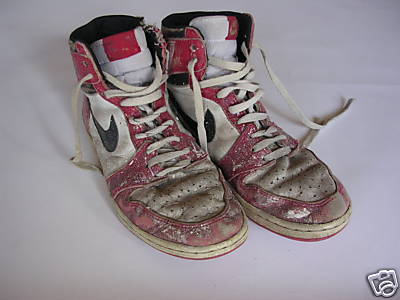 Earlier this week we had been hit up by Baby Aztro via Twitter. He had written about a topic that has yet to be discussed and forwarded us the link to his thread; Is it still considered ‘Heat’ if everybody has it?’

This is really an open ended question that could have many answers. The term ‘Heat’ is used rather loosely nowadays. Much like the term ‘Hypebeast’… we all get hyped over something just as we all differ on the meaning of the term ‘Heat’.

On a personal level, ‘Heat’ is something old (in good condition) and/ or rare. However, there are many that see the term as something they like, love or enjoy having in their collection.

At this point in time, in the sneaker world, nothing is truly sacred anymore… everything has or will be released in Retro form eventually. The Air Jordan V Black/ Metallic Silver at one point in time would have been considered ‘Heat’ by many. It’s an OG colorway that in the early 2000’s had been made into a Retro release for the very first time. A few years later, 2006, there was another Retro release which sported the ‘PE’ number 23 on the side. Just a few weeks ago they were once again released to the public with a few changes and some would consider the shoe ‘Heat’.

Now, is the shoe really ‘Heat’? That’s really up to the person. If 2011 was your first time obtaining this pair of sneakers, it’s quite possible you consider that particular pickup ‘Heat’. If you own the Quai 54 Air Jordan V Retro, you may consider that ‘Heat’ as well.

As I said above, it’s an open ended question that remains to be determined fully. True ‘Heat’ is in the eye of the beholder. Any one person’s definition of the term can be used in many different forms. An OG pair of 1985 AJ1’s, in my opinion, is ‘Heat’… a 2011 re-retro released made into a GR is not.

If everyone owned a particular pair of shoes, could that be considered ‘Heat’? Is the term used too frequently now to have true meaning?

What are your thoughts? Is there really a right or wrong answer? I personally don’t think so but you may have a different opinion.

Let us know in the comments below and thanks to Baby Aztro for bringing this topic up.