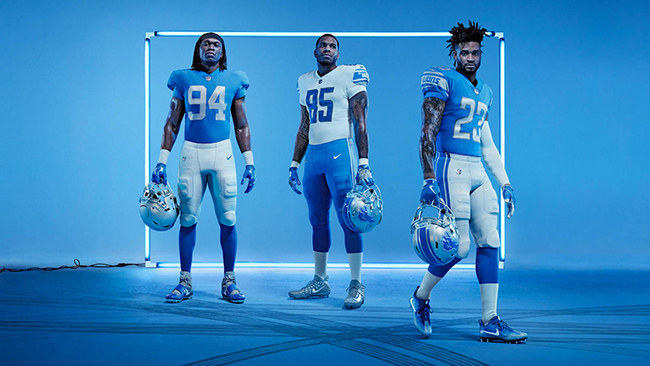 The Detroit Lions unveil their new look during a season ticket member event at Ford Field tonight. They’ll showcase four new Nike Vapor Untouchable uniforms that, in addition to new technologies that will help them on the field, feature fresh style updates. Here’s what every Lions fan will want to know about them.

The logo and logotype are refreshed
Both appear on the new helmets. 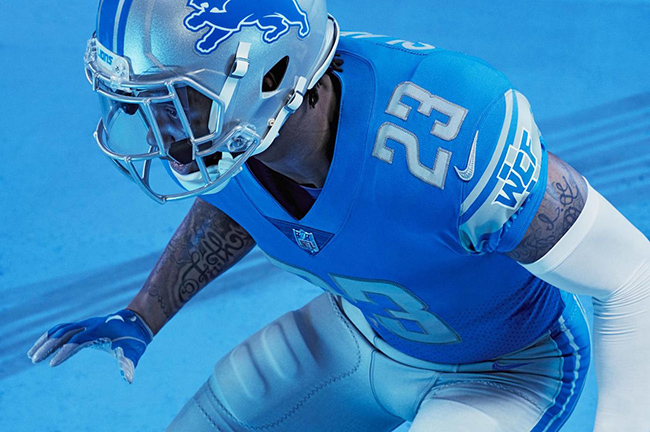 Home and away jerseys pay tribute
Each sleeve features a wide horizontal stripe inside of two smaller stripes. The right side is stenciled with LIONS and the left reads WCF in honor of the team’s previous owner, William Clay Ford, Sr. 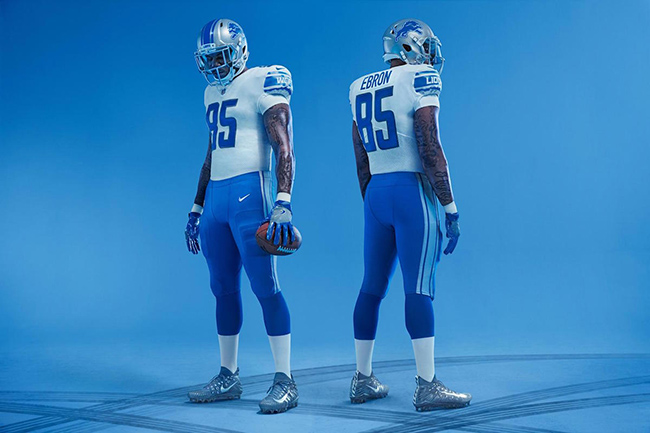 Anthracite gets play time
Their new color rush jerseys, pants and socks are inspired by the submetallic luster of dark steel grey. Player numbers are white and trimmed in Honolulu blue. 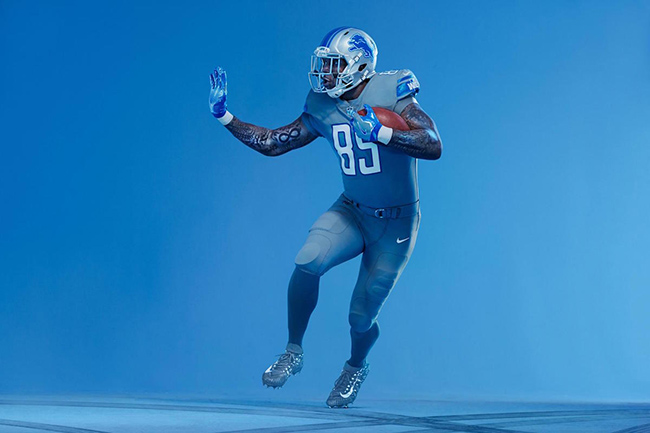 Throwbacks are back
The Lions will also wear new heritage uniforms that replicate what they played in for their inaugural season in 1934 — when their iconic Honolulu Blue made its debut. 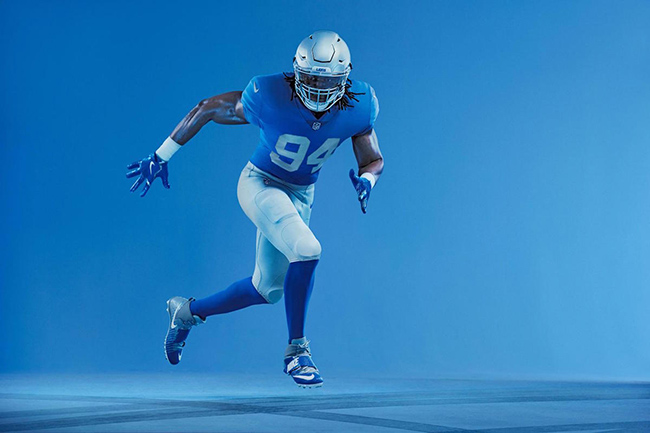 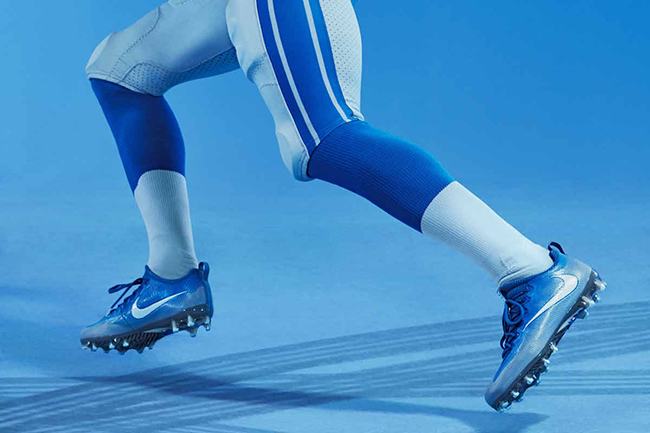 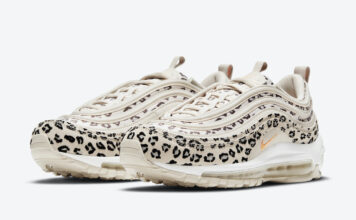